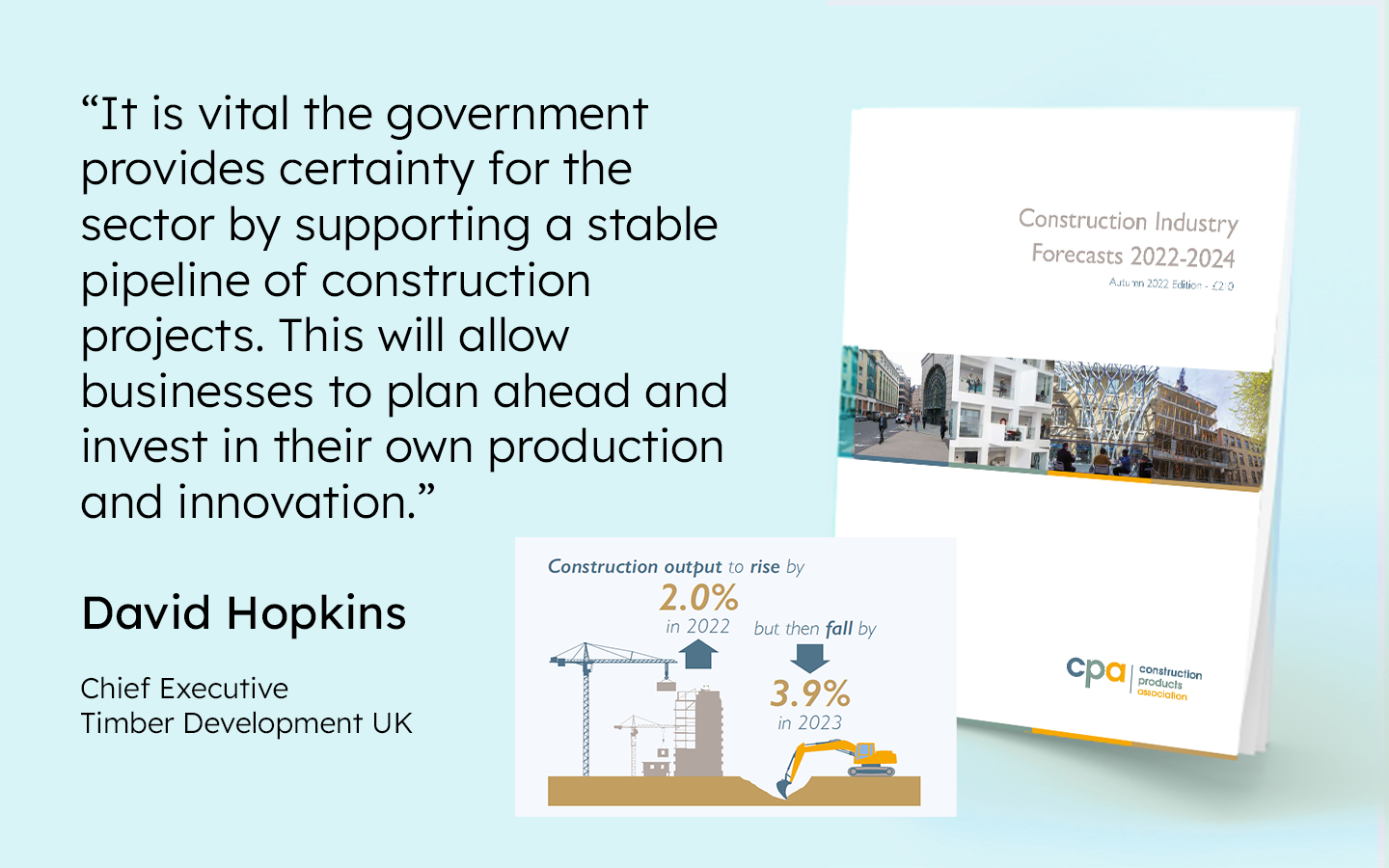 “In the short term, it is vital for the government to provide certainty for the sector and support a stable pipeline of construction projects to allow businesses to plan ahead and invest in their own production and innovation.

“With this in mind, we welcome Michael Gove’s recent confirmation of the Government’s target to build 300,000 houses a year. Even if the number seems unobtainable at present, it sends the right message to investors about the future.

“Crucially we also call on the government to announce plans to support businesses through the energy crisis to avoid rising energy bills shutting down construction businesses altogether.

“Looking beyond this, we need to recognise that the climate emergency will not go away, housing needs will not go way and the chronic skill shortage within the construction industry will still be there when demand returns. The fact is, the Government needs to prioritise investment decisions now to support a return to growth later.

“This means taking action now to promote construction careers and upskill the sector on green methods of construction, continued investment in construction innovation and a renewed focus on ensuring quality outputs in areas such as building safety and energy efficiency.

“We have seen many daft and chaotic decisions over the past decade which have contributed to the crisis now: Brexit policy effectively ejected a significant portion of the construction industry workforce while the decision to shut down gas storage has left us at the mercy of world events. Regulatory confusion in areas such as the shift from European CE to UKCA marking amidst the adoption or rejection of EU laws has also added to instability when the industry needs as much clarity about the future as possible.

“We implore the government to avoid short-term headline-grabbing and actually work to provide certainty and stability in as many areas as possible so the sector can prepare for a brighter future beyond the immediate economic outlook.”

Hopkins comments follow TDUK’s Global Market Conference last week which looked at the prospects of timber supply and construction in the coming year.