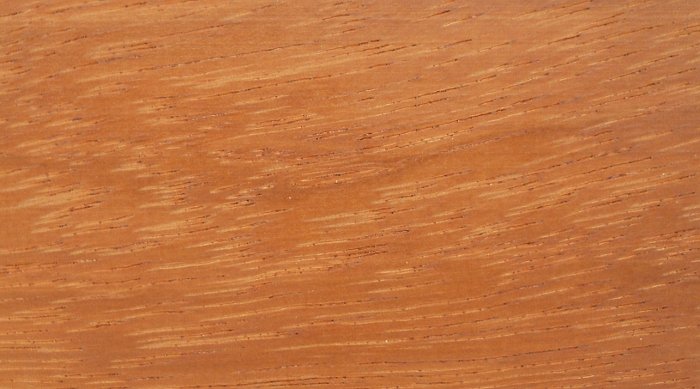 The TreeThe West African species attain their greatest size in the moist deciduous forest, with a height of 12m to 18m and a diameter of 1.0m but the bole is relatively short, and rarely straight. In East Africa, it is found mainly in coastal, lowland, and Savannah type forests, and is generally smaller, with the bole, above the buttressed base usually about 4.5m high and with a diameter of 1.0m.

The TimberThe various species of afzelia are very similar in appearance. The sapwood is pale straw-coloured and sharply defined from the light-brown heartwood; the latter often becomes dark red-brown on exposure. Mottle and other figure is frequently present. The grain is irregular and often interlocked and the texture is coarse but even. It is a hard and moderately heavy wood, weighing about 830 kg/m3 when dried. Afzelia is an exceptionally stable wood, being comparable to teak in this respect.

DryingSpecies can be kiln dried satisfactorily, but slowly from the green condition. Degrade is not likely to be severe, slight distortion may occur with some fine checking and extension of shakes.

StrengthA strong timber, with strength properties comparable with those of oak.

Working QualitiesMedium to difficult - Somewhat hard to work, but produces a good finish and may be polished to a very attractive appearance.