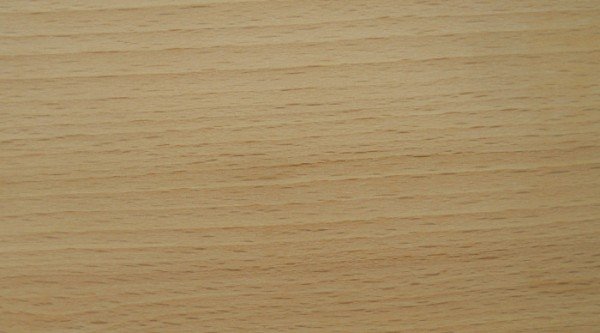 The TreeBeech has been called the mother of the forest, since without it in mixed broad-leaved forests, other hardwood timber trees would have greater difficulties for survival. The rain drip from beech destroys many soil-exhausting weeds, its shade prevents over-evaporation of moisture from the soil, and its heavy crop of leaves provides humus to the soil. In close forest, it can reach a height of 45m with a clear bole of 1 5m but on average this is usually about 9m with a diameter averaging 1.2m occasionally more.

The TimberNormally, there is no clear distinction by colour between sapwood and heartwood, the wood being very pale brown when freshly cut, turning reddish-brown on exposure, and deep reddish-brown under the influence of steaming treatment commonly applied in parts of the Continent before shipment. Some logs show an irregular, dark reddish-coloured kern or heart, caused it is believed, by the effect of severe frosts, and occurring more frequently in Continental beech. The wood is typically straight grained, with a fine, even texture, but varying in density and hardness according to the locality of growth.Thus beech from central Europe, notably that from Yugoslavia (Slavonian), and that from Romania is milder and lighter in weight, about 672 kg/m3, than beech from Britain, Denmark and northern Europe, which weighs about 720 kg/m3 when dried.

DryingAlthough it dries fairly rapidly and fairly well, beech is moderately refractory, tending to warp, twist, check and split, and shrink considerably. It therefore requires care both in air drying and kiln drying.

StrengthGreen beech has general strength properties roughly equal to those of oak, but after drying, most values increase, and beech is stronger than oak in bending strength, stiffness and shear by some 20 per cent, and considerably stronger in resistance to impact loads.

Working QualitiesGood - * Red heart extremely difficult to work. Beech varies somewhat in its ease of working and machining according to growth characteristics and dried condition. Thus fairly tough material, or badly dried stock may tend to bind on the saw, or burn when cross-cut, or, if distorted due to drying provide difficulties in planing. On the whole, however it works fairly readily, and is capable of a good smooth surface. Beech turns well, takes glue readily, and takes stains and polish satisfactorily. It produces excellent veneer.