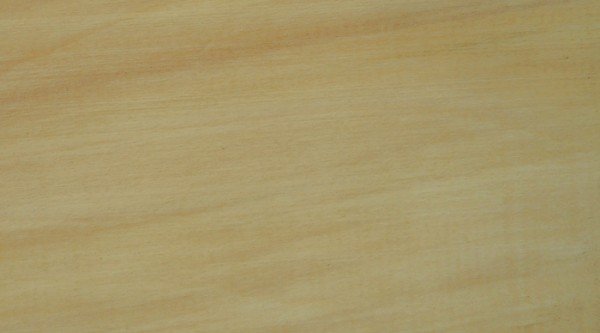 The TreeThe stout, cylindrical bole is short, but its erect trunk reaches a height of 24m to 30m, the diameter of the bole being 1.5m or more. There appears a tendency for horse chestnut trees grown in Britain to develop spiral grain, but whether this is associated with the short bole having to support the usually enormous crown in open aspects subjected to prevailing winds is a matter for conjecture. It may be hereditary to the species, but this is not the case with other species of the genus, nor with the Sapindales group as a whole.

The TimberThe wood is white to pale yellowish-brown, the rather rapid growth producing a soft, relatively light timber weighing about 510 kg/m3 when dried. The grain may be straight, but is more commonly spiral and the wood has a fine, close, even texture caused by the fine rays and minute pores, and often shows a subdued mottle on longitudinal surfaces caused by the storied rays.

DryingBecause of the relatively isolated planting of horse chestnut in Britain, felling often takes place at varying times of year, and this has a bearing on the resulting colour of the wood. Trees felled early in winter have wood of extreme whiteness, but if felled later in the year, the wood assumes a yellowish-brown cast. The wood dries rapidly and well, but with a tendency to distort and for the ends to split. To retain the whiteness of the wood it should be treated in the same way as for sycamore, which is another member of the Sapindales, and that is to promptly stack the timber after conversion by end-racking, or by placing in stick and allowing plenty of ventilation between the boards. Kiln drying should be carried out at low temperatures.

Working QualitiesMedium - A soft easily worked timber which tends to tear in sawing and planing unless cutting edges are kept sharpened. It is a good carving wood, and can be converted to veneer. Although fairly absorbent, it takes stain well and can be finished to a high polish.