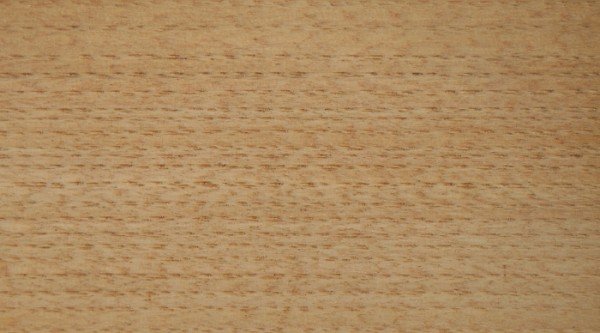 The TreeIn favourable situations sweet chestnut attains a height of 30m or more and a maximum diameter of 1.8m with a straight, unbranched bole of about 6m, but in less favourable conditions, the undivided bole is little more than 3m long after which it divides off into several huge limbs so that the general character of the tree is altered.

The TimberThe sapwood is narrow, and distinct from the heartwood which is yellowish-brown in colour, closely resembling oak in appearance but lacking the silver-grain figure characteristic of that timber, resulting from the finer rays. The grain may be straight, but is more commonly spiral, particularly in wood from old trees, while logs are liable to cup and ring-shake. It weighs about 560 kg/m3 when dried. On account of its somewhat acidic character chestnut tends to accelerate the corrosion of metals, particularly when moist. It also contains tannin, as a result of which blue-black discolourations are prone to appear on the wood when it comes into contact with iron or iron compounds.

DryingThe timber is rather difficult to dry, retaining its moisture in patches, and tending to collapse and honeycomb; this form of defect does not respond well to reconditioning treatments.

StrengthAlthough resembling oak in appearance, chestnut is less hard and tough, and some 20 per cent inferior in all its strength properties to that timber.