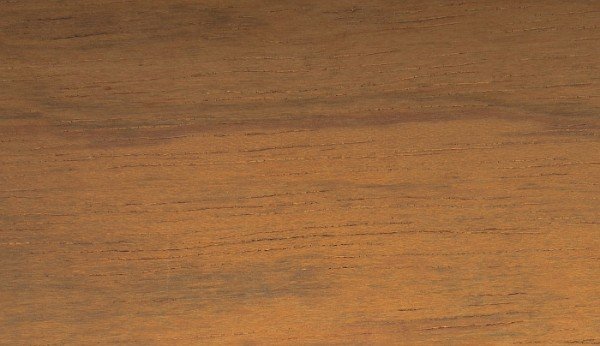 The TreeHymenaea species are generally large trees, growing to a height of 40.0m but more usually 30.0m or a little less, and a diameter of 0.6m to 1.2m. The trunk is usually free of branches for 1 2.0m to 24.0m, well formed and basally swollen or buttressed in large trees.

The TimberThe heartwood is salmon-red to orange-brown, becoming russet to reddish-brown when seasoned. The sapwood is usually wide, and white, grey, or pinkish, sharply demarcated from the heartwood. The grain may be straight, but is more commonly interlocked, and the texture is medium to coarse.The heartwood is frequently marked with dark streaks and sometimes shows a golden lustre. It weighs about 910 kg/m3 when dried.

DryingSlightly difficult to air dry, with a slight tendency to warp, check and caseharden.

StrengthCourbaril is a very strong, hard, tough wood, generally superior to oak in all properties except compression perpendicular to the grain in which both species are slightly inferior to oak.