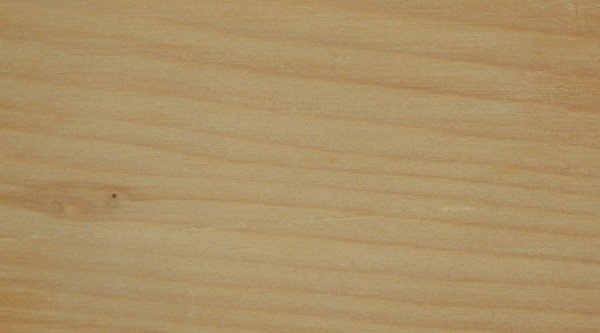 The TreeA much larger tree than eastern hemlock, it reaches a height of 60m and a diameter of 2m or more, with a straight bole that is often clear of branches for about three-quarters of its length.

The TimberNeither the tree nor the timber bears close similarity to eastern hemlock. The timber of western hemlock is pale brown in colour and somewhat lustrous, with a straight grain and fairly even texture, non-resinous and non-tainting when dried, it has a faint sour odour when freshly sawn. The darker-coloured late-wood bands have a reddish or purple cast and produce a well-marked growth-ring figure on plain-sawn surfaces. with an occasional short, purplish-coloured line here and there on the wood. The growth-rings are less prominent than those of Douglas fir. The timber weighs about 500 kg/m3 when dried.

DryingThe initially high moisture content of this species requires care in drying processes in order to avoid surface checking, and to ensure uniform drying throughout the thickness. Warping and twisting tendencies are usually low.

StrengthThe timber is not as hard as Douglas fir but compared with that species, it is about 30 per cent less stiff and 50 per cent less tough, and in respect of general strength properties it is more closely comparable to European redwood (Pinus sylvestris).

Working QualitiesGood - The timber works readily with all hand and machine tools with little dulling effect on cutting edges. A good finish is obtained in planing and moulding, but cutters must be kept sharpened. It can be glued, stained, painted and varnished, and takes a good polish. It can be screwed and nailed, but although it is less inclined to split in nailing than Douglas fir, it should be pre-bored if nailing takes place close to the ends of dry boards.