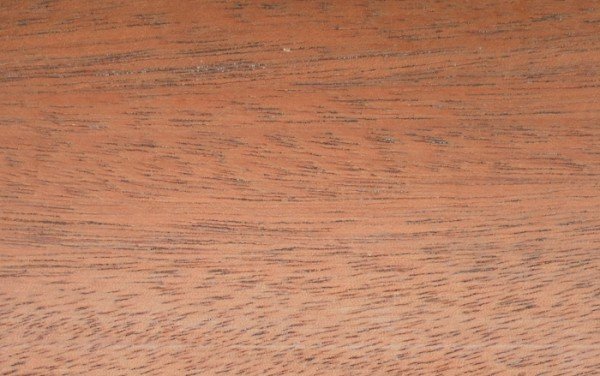 The TreeForest-grown trees are often very large, sometimes 45.0m high, with a diameter of 2.0m or more above a heavy buttress. Plantation-grown trees often make very rapid growth, frequently reaching small saw-log size in 20 years on good sites, and under average conditions, 300mm to 355mm saw-logs (diameter inside bark) are grown in about 40 years.

DryingCentral American mahogany can be air dried and kiln dried rapidly and easily, without appreciable warping or checking. The presence of tension wood and gelatinous fibres is not uncommon in S. macrophylla and such wood can result in a high rate of longitudinal shrinkage during kiln drying.

StrengthThe strength properties are extremely good for a timber of its weight. For this reason it was at one time used almost exclusively for aeroplane propellers. Plantation-grown wood is slightly below forest-grown wood in bending strength and work to maximum load in static bending in proportion to its slightly lower density. On the other hand, plantation-grown wood is generally superior in hardness, compression across the grain and shear. In the air dry condition, plantation-grown material is very much lower in modulus of elasticity, although both types are about equal in shock resistance.

Working QualitiesGood - One of the most satisfactory and easiest of woods to work, either with hand or machine tools. The sometimes frequent presence of tension wood gives rise to fuzzy surfaces in machining, which necessitates heavy sanding, but the use of sharp cutting edges where woolliness is encountered is generally sufficient, along with sanding, to produce an excellent finish. The wood is easy to glue, takes nails and screws well and will take an excellent polish. It is one of the easier woods to slice or rotary cut into veneer, although flitches will frequently develop cracks when not properly boiled.