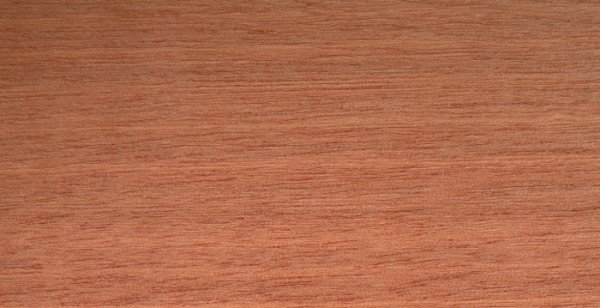 The TreeA large tree with a straight cylindrical bole without buttresses. It attains a height of 36m to 45m and a diameter of 2.7m but since very large trees are reported to be likely to shatter when felled, the exploitable diameter is more usually 1.0m or slightly more.

The TimberThe wood is somewhat similar to a close-grained mahogany. It varies in colour from pinkish to blood red or red-brown, the lighter coloured sapwood is usually 50mm to 75mm wide. Some logs are straight grained, but others have a striking, chequered figure and occasionally show streaks of a darker colour. The texture is much finer than mahogany, and the wood is denser, harder and heavier, weighing about 640 kg/m3 when dried. The surface is distinctly lustrous.

DryingMakore dries at a moderate rate and degrade is generally slight. Some distortion due to twisting may occur in some pieces, and some slight splitting tends to develop around knots.

StrengthA tough and stiff timber comparable with American mahogany, but harder and with much greater resistance to splitting.

Working QualitiesMedium - There is a tendency for saws in particular, and other tools in general to become rapidly blunted. The blunting effect increases as the moisture content of the wood decreases, and for material with a moisture content below 20 per cent, saw teeth should be tipped with tungsten carbide. In planing, cutter angles should be reduced to 20 per cent to avoid tearing of quarter-sawn stock. It stains and polishes well, glues excellently, but tends to split in nailing.