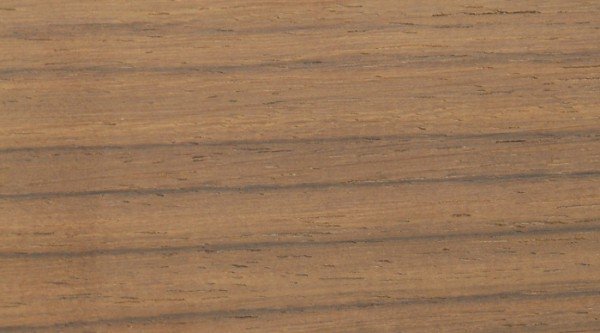 The TreeIndian Rosewood: A large tree with a cylindrical and fairly straight bole, averaging 6m in length, but much longer lengths may be found. The diameter varies according to locality and growth conditions from 0.3m to 1.5m.

The TimberBrazilian Rosewood: The trees produce very varying examples of colour and figure in the wood which varies from chocolate or violet-brown, to a rich purple black. The timber has a somewhat oily appearance and the sapwood is nearly white in colour and sharply defined. When worked, the wood has a distinct mild, fragrant odour. The grain is usually straight, and the texture medium, sometimes gritty. It is a hard, heavy wood, weighing about 870 kg/m3 when dry. It air dries slowly, with a tendency to check.Indian Rosewood: The sapwood is narrow, pale yellowish-white in colour, often with a purple tinge, and the heartwood varies in colour from light, nearly golden-brown through shades of light rose-purple with darker streaks, to deep purple with rather blackish lines, darkening with age. The wood is dull, as a fragrant scent, and a uniform and moderately coarse texture. The grain is interlocked in narrow bands and the wood is heavy, weighing 870kg/m3 when dried.

DryingIndian Rosewood: Rosewood is probably the best of the hard Indian timbers to dry in log form or as hewn-square baulks prior to conversion. By this means, colour is retained much better, and degrade is low, except for the heart centre which may shake badly and should be boxed out during conversion. The timber dries slowly and should be protected against rapid drying both in the open air and in the kiln.

StrengthIndian Rosewood: It is a hard timber, and in comparison with English oak, is about 25 per cent stronger in bending and in compression along the grain, 15 per cent stiffer, and 20 per cent more resistant to suddenly applied loads.

Working QualitiesMedium - Brazilian Rosewood: It is somewhat difficult to work because of its hardness, and tends to blunt cutting edges rather quickly. It is capable of an exceedingly smooth surface but is sometimes too oily to obtain a high polish. Indian Rosewood: Moderately hard to saw and machine, with a fairly severe dulling effect on cutting edges due to calcareous deposits. The reference to boxing out the heart during initial conversion (see Drying) is pertinent to sawing in final conversion; the large shakes which are liable to form in the centres of logs become filled with chalky deposits, as opposed to the smaller amounts which plug some of the vessels, and according increase the tendency of the wood to blunt cutting edges. Planing and moulding produces a good finish when the cutting angle is reduced to 25:. The wood turns well, and, with proper grain filling, takes an excellent polish, and an even better waxed finish. It produces a really handsome veneer.