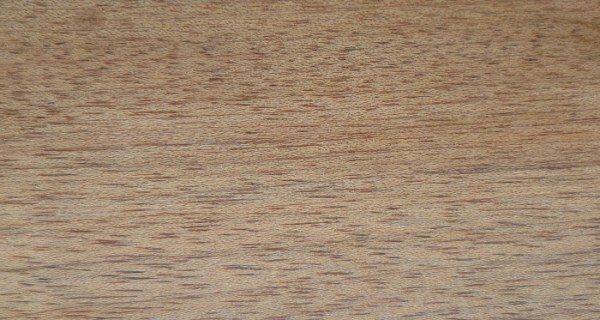 The TreeSindora spp., are generally large trees, some 45m in height, and a diameter of about 1.2m in favourable conditions, but more commonly the diameter is about 0.75m and the boles up to12m to 15m long. Pseudosindora palustris is a smaller tree, which usually produces a straight, cylindrical bole about 0.6m in diameter.

The TimberThere are slight but subtle differences between the timbers of sepetir and swamp sepetir sufficient to affect the end uses which, for both types are the same. The various species of Sindora are typically brownish coloured woods with some variation in weight, and possessing axial intercellular canals in the terminal layers of wood parenchyma which secrete oil when freshly cut. Swamp sepetir on the other hand, has wood of a typically reddish-brown colour, more uniform both in colour and weight because it is the product of a single species, and without the vertical canals. Both types have a wide sapwood, that in sepetir varying from 75mmto 300mmwide, and in swamp sepetir commonly 100mm wide. Since this is very susceptible to beetle attack, its inclusion in many forms of end use is risky, and sapwood therefore is best excluded.The heartwood of Sindora is pinkish-brown, golden brown, or red-brown when first cut, darkening to darker shades, and often streaked with darker-coloured layers, suggesting walnut (Juglans regia). Planed surfaces are without significant lustre; the grain is shallowly interlocked, and the texture moderately fine and even, or moderately coarse. A growth-ring figure appears on tangential surfaces due to the irregularly spaced terminal parenchyma bands, while quarter-sawn surfaces have a stripe figure. The wood has a greasy feel, and is moderately hard and moderately heavy on average, although the weight of the various species range from 640 kg/m3 to 830 kg/m3 with an average for commercial parcels of about 672 kg/m3 when dried.The heartwood of swamp sepetir is pale pink with pale brown veining when freshly cut, darkening on exposure to a rich reddish-brown, relieved by the darker veining. A growth-ring figure appears on tangential surfaces, but the wood is of a plainer appearance than Malaysian sepetir. The grain is usually straight, and the texture moderately fine and even, but occasionally moderately coarse. The wood weighs about 670 kg/m3 when dried.

DryingBoth types dry slowly but very well, there being only a slight tendency to distortion, but there is a tendency for end splitting to occur.

StrengthBoth types are similar to English oak (Quercus spp.) in shock resistance and toughness, but they are generally superior to oak in hardness, shear, stiffness, and in bending and compression.

Working QualitiesDifficult - Sepetir is rather difficult to saw and plane due to the resin in the wood which tends to make for sticky surfaces and to make saws gum up fairly quickly. The wood can be polished satisfactorily, the amount of resin apparently being insufficient to interfere seriously with this operation. It is rather difficult to prevent the wood splitting when nailed, and it should be pre-bored for this purpose. Swamp sepetir is rather more easily worked because of the absence of resin.