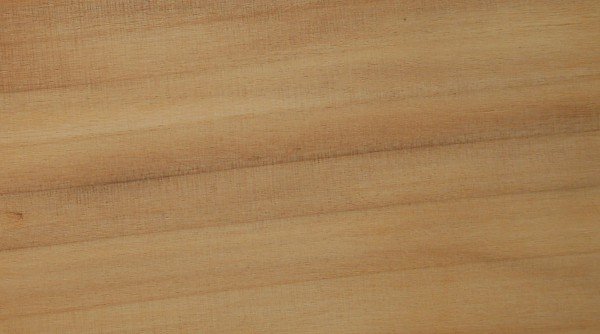 The TreeWillows will generally reach a height of 21 m to 27m and a diameter of about 1 m. When allowed to grow naturally they will branch at about 4m to 8m from the ground, but they are frequently pollarded at about 2.5m high or grown as coppice. Willows grown for cricket bats are felled at about 0.5m diameter, and are grown along the banks of streams in wet soil; in fact all willows are fond of moist, acid soils.

The TimberThe sapwood is white and the heartwood pinkish in colour, and very similar to poplar in appearance. The sapwood varies in width according to species and growth conditions, and growth is generally rapid, the growth-rings appearing on longitudinal surfaces as faint zones caused by parenchyma marking each season's growth. The wood is typically straight grained with a fine, even texture, and is comparatively light in weight, about 450 kg/m3 for the white and crack willow, with cricket bat willow varying from 340 kg/m3 to 420 kg/m3.

StrengthAlthough light in weight and soft, willow is a tough timber, being only about 15 per cent inferior to ash in this respect. In general strength properties it resembles poplar, but is some 20 per cent harder on side grain, 20 per cent more resistant to tangential splitting, and less stiff.

Working QualitiesGood - Willow of all species works easily with both hand and machine tools, although there is a tendency for woolliness, and sharp tools are required in order to obtain the best results. Crack willow tends to split badly during conversion, a characteristic not necessarily associated with the common name; crack willow is so-called because its shoots, which grow obliquely and frequently cross each other, readily break off if struck at the base; hence the description, and the botanical name, fragilis. Willows can be glued satisfactory, and give good results with the usual finishing treatments.