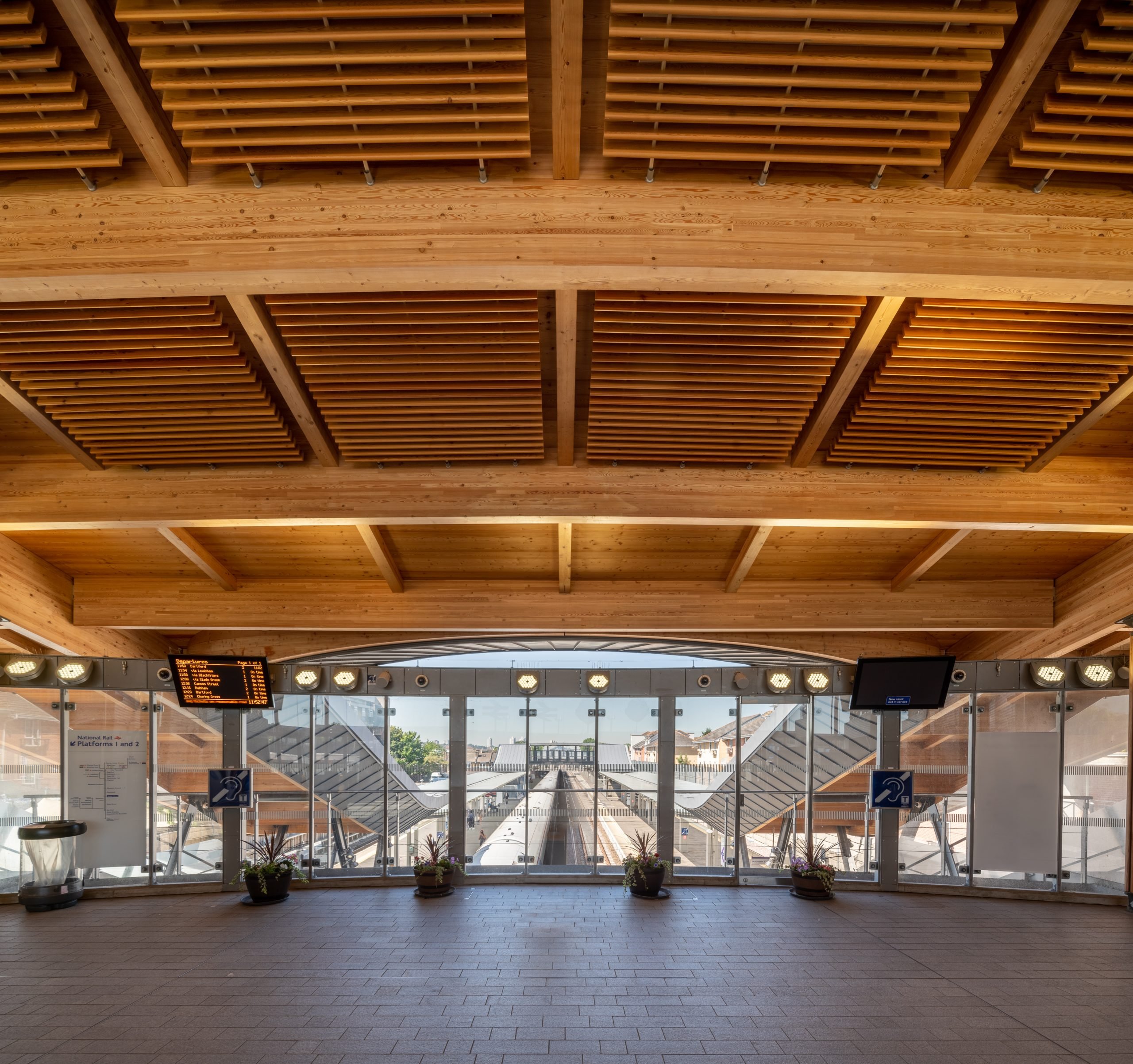 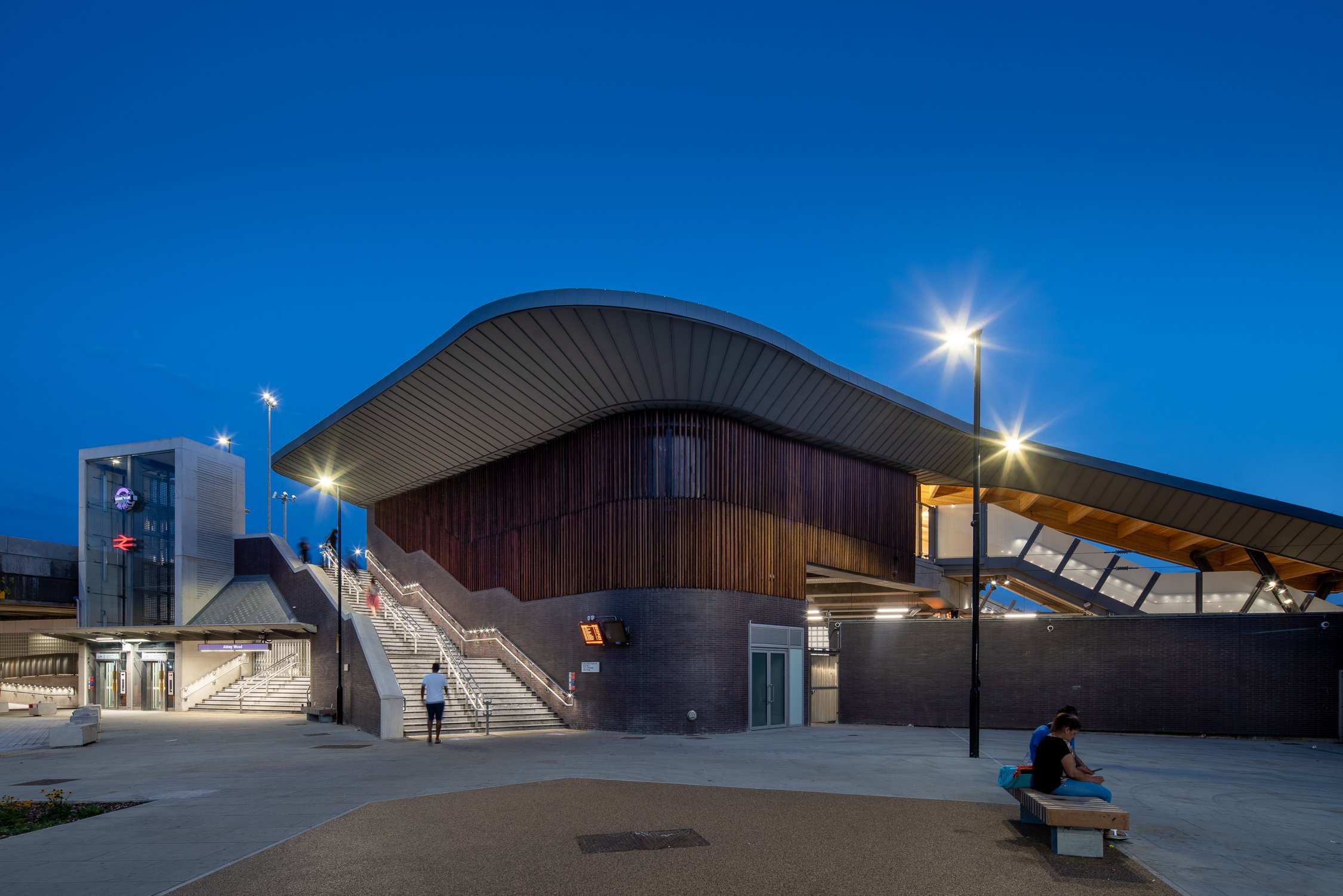 Walking into the new railway station at Abbey Wood, the immediate impression is of the elegant timber roof which arches over the interior, imparting a warm, natural quality to this large public space – more than 25 metres by 25 metres. 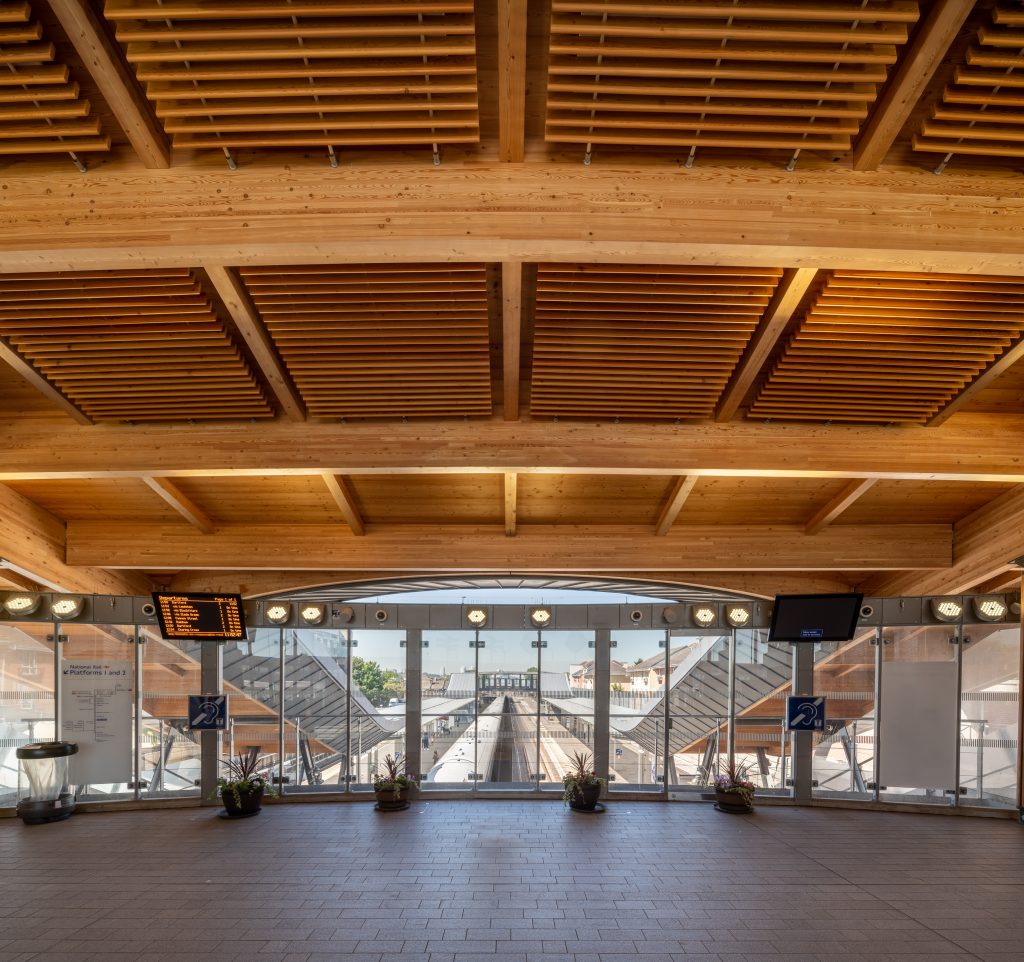 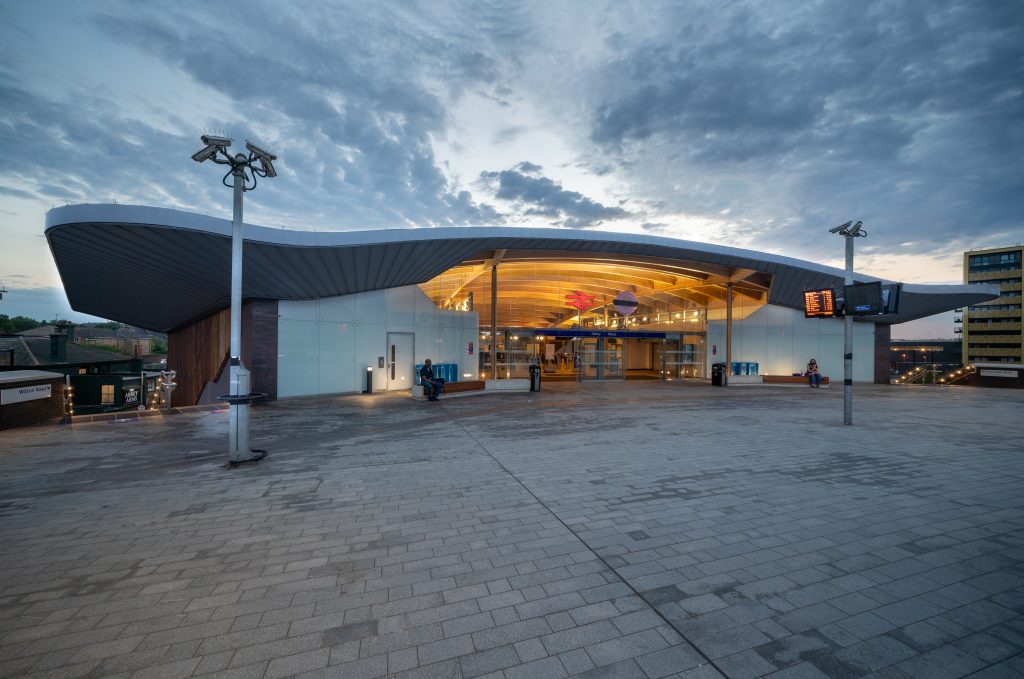 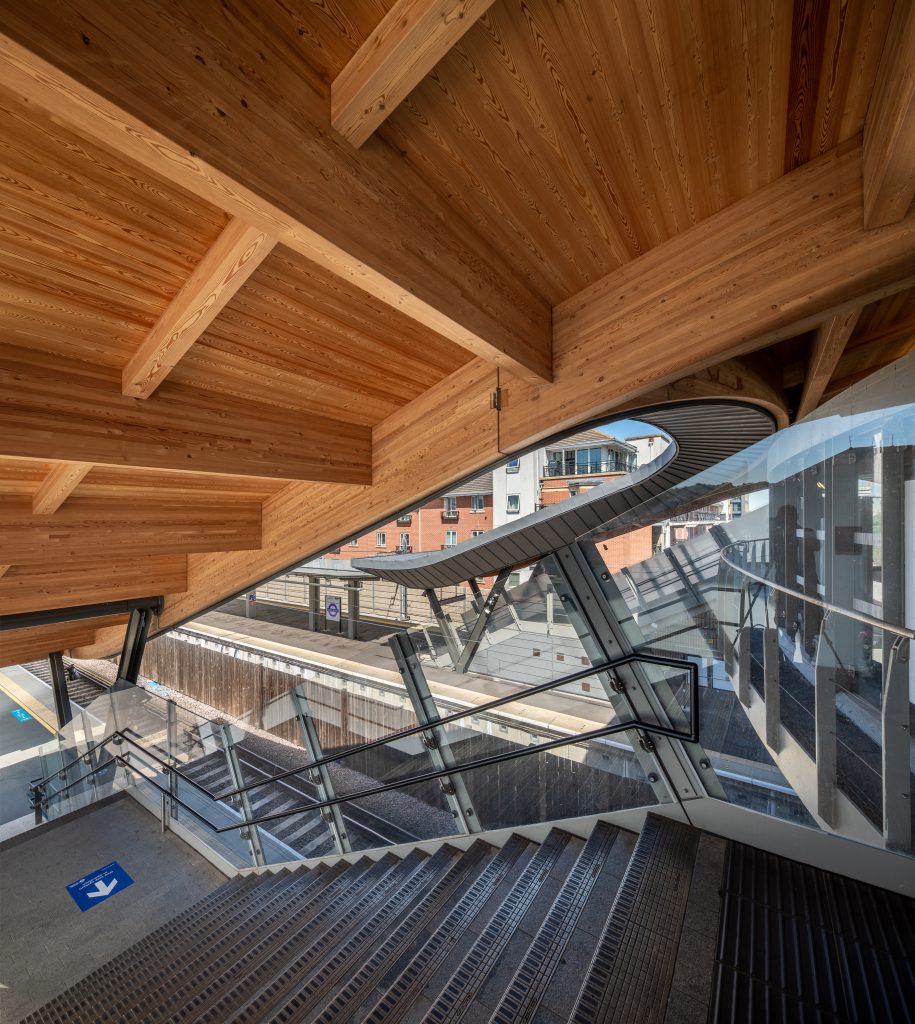 Walking into the new railway station at Abbey Wood, the immediate impression is of the elegant timber roof which arches over the interior, imparting a warm, natural quality to this large public space – more than 25 metres by 25 metres. It is designed to allow large numbers of travellers to move easily and quickly and the direction of travel is clear; ticket office, toilets and admin spaces are aligned into side spaces while directly ahead a full-height glass façade gives a clear view of the destination – the tracks and the platforms. These are at the lower ground level and reached by lifts and staircases which descend at each side of the glass façade. Designed by Fereday Pollard Architects as lead architects in a multi-disciplinary team, Abbey Wood station is a unique and complex structure which reflects its new importance in the railway network. Until recently a small suburban railway station on the Southeastern Line to north Kent, Abbey Wood has now become the terminus of the new Elizabeth Line, the south east spur of the Crossrail project. The new platforms serve the two new Elizabeth Line tracks which terminate here, plus existing Southeastern/GTR tracks which continue through into Kent. When the Elizabeth Line opens, the plan is for trains to run every five minutes with journey times to central London, Paddington, Heathrow and Reading reduced by half. This prospect has already attracted new development to the area which until recently lacked regeneration potential; the nearby Thamesmead Estate, for instance, is now earmarked for a £1 billion refurbishment. The station building sits directly over four railway tracks with its entrance at the upper level, facing a generous pedestrian concourse. External staircases and lifts lead down to local shops and streets at ground level. On the far side, the concourse is connected directly to an existing elevated flyover, the Harrow Manorway,with bus stops at each side. The public spaces around the lower level of the station have been improved and upgraded to prioritise pedestrians and cyclists and to reinforce the existing ‘village’ character. The timber roof of the station arches in a gentle curve, created by a structure of curved glulam beams supporting a curved cross-laminated timber (CLT) deck. Glulam was chosen for the roof structure as, the architect explains, ‘it was the most appropriate material for the station’s distinctive architectural form, conceived to express the flow and direction of passenger movement, helping to provide intuitive wayfinding and a sense of arrival at a destination. We specified larch for the glulam for its visual character and durability, a species that would bring a sustainable natural element appropriate to this residential location.’