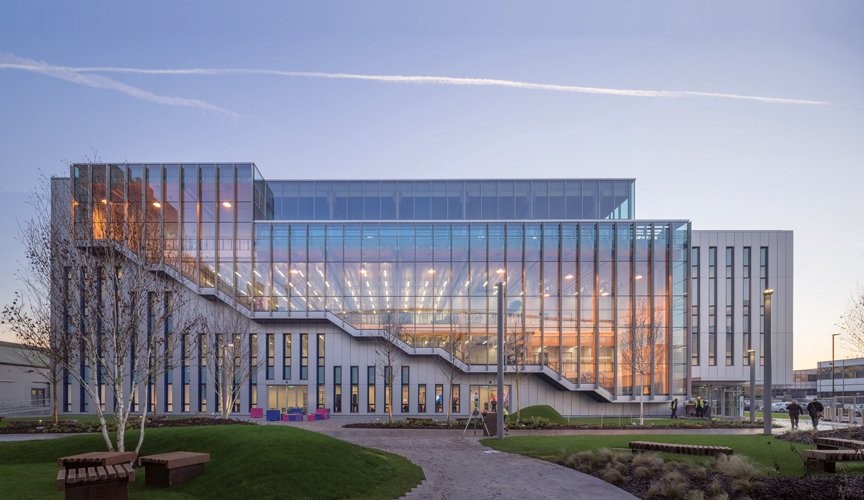 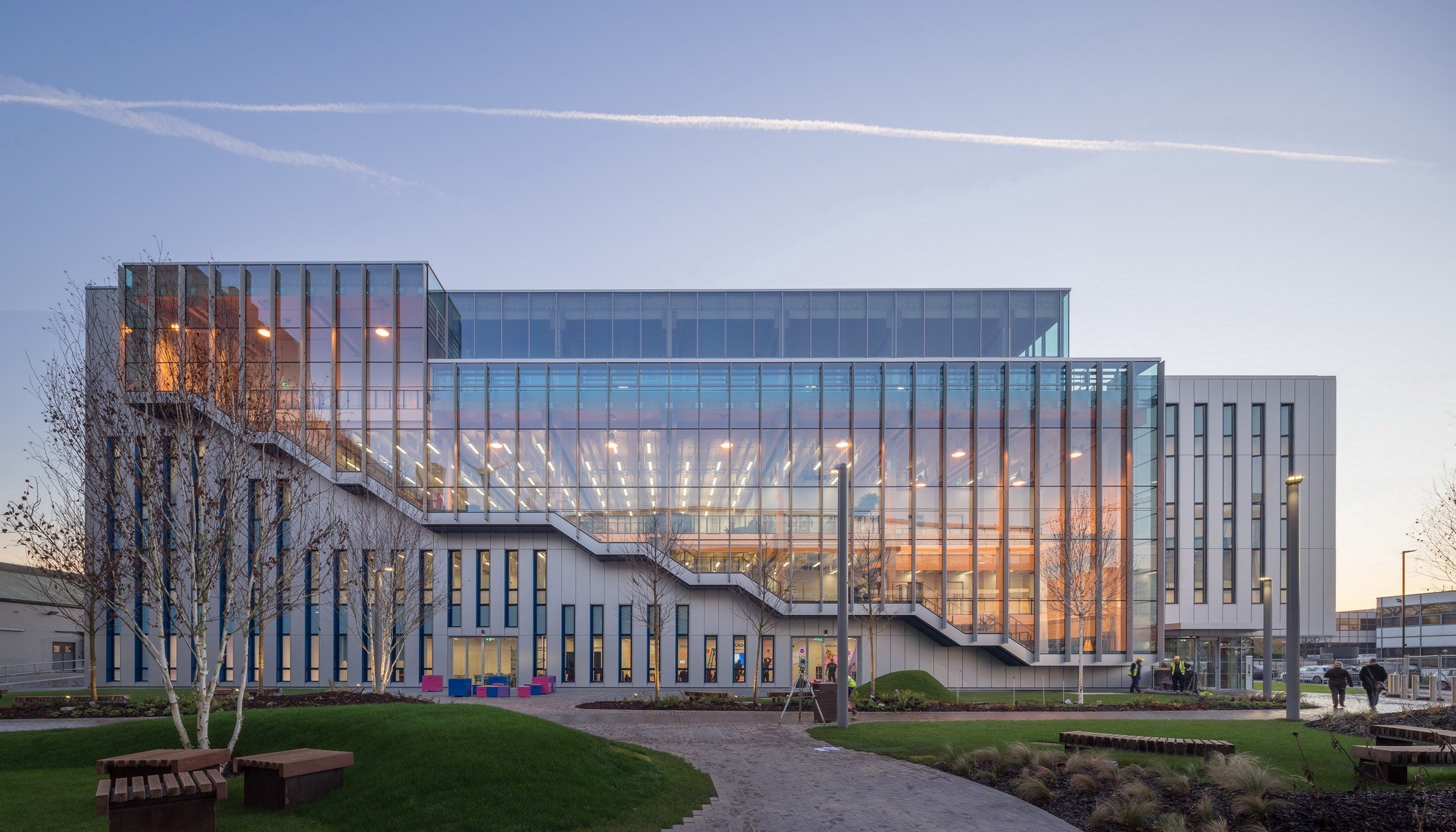 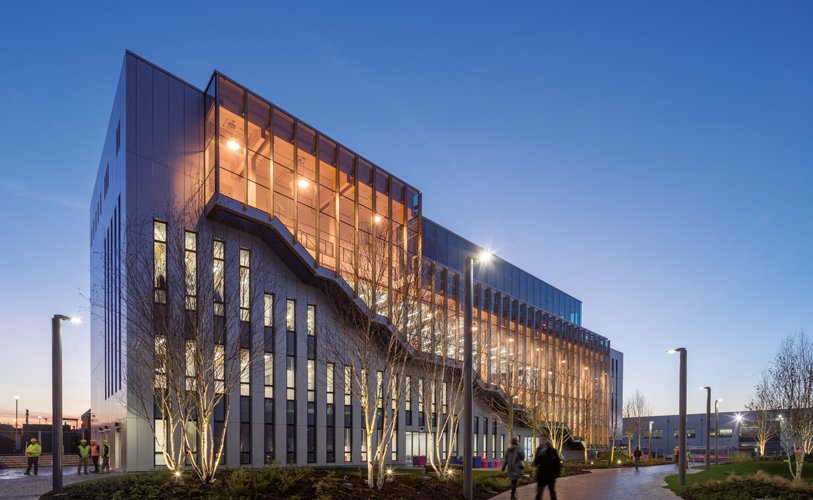 The Believe in Better Building, a new building for Sky on its Osterley campus, lives up to its name. It is the tallest commercial timber building in the UK and one of very few multi-storey timber offices in the world. 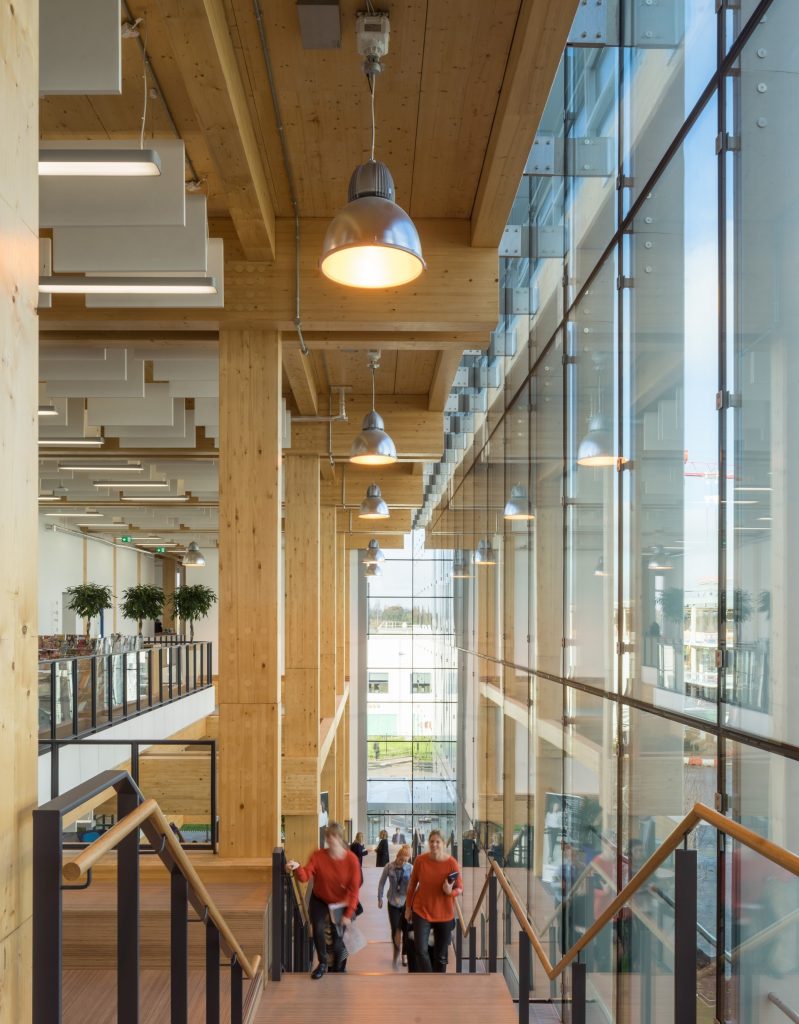 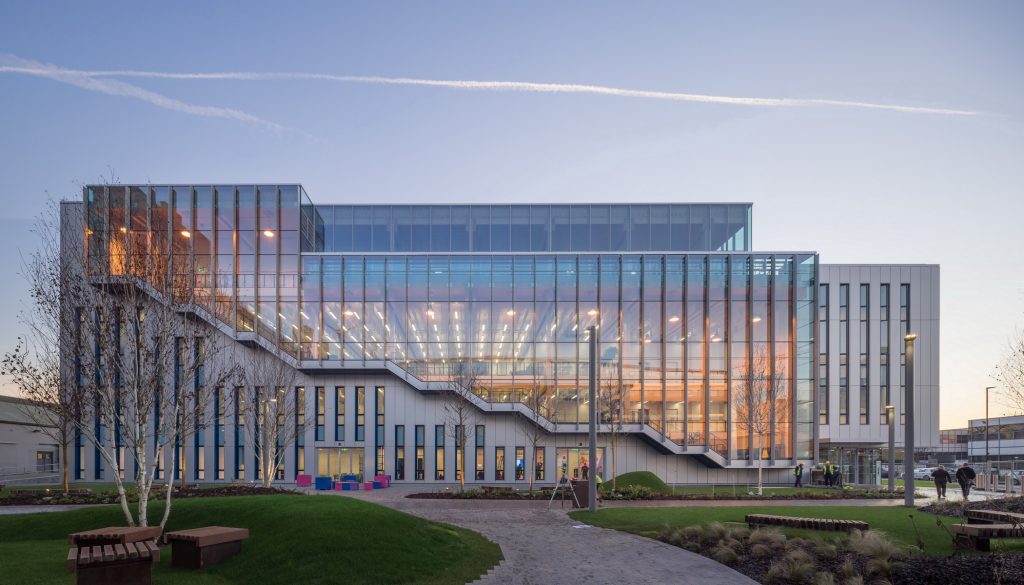 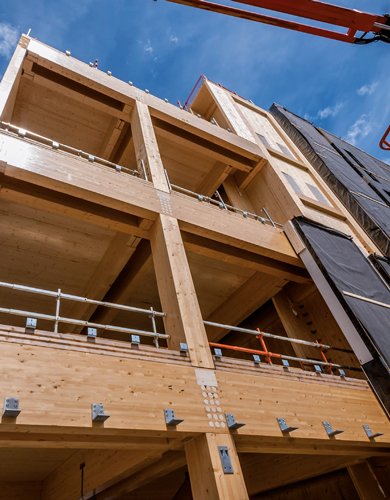 The Believe in Better Building, a new building for Sky on its Osterley campus, lives up to its name. It is the tallest commercial timber building in the UK and one of very few multi-storey timber offices in the world. Remarkably, it was designed and built in less than a year, starting on site only three months after Arup Associates design team was commissioned.

It is an exemplar of sustainable design, achieving a BREEAM Excellent rating, while the interior is an exemplar of World Green Council guidance on design for health and well-being of building occupants due to the quality of its environment.

This is a unique and flexible workplace, constructed in half the usual time by the use of modern precision-engineered timber construction systems.

Sky’s brief specified a set of ‘super-flexible’ spaces which would accommodate the rapidly changing technology and working practices of the media industry. And these spaces had to go up at super speed – to be finished in time for Sky’s 25th anniversary in November 2014, then only a year away.

To meet such a remarkably tight deadline, timber was the best choice; a structural frame of glulam timber beams and columns with cross-laminated timber (CLT) floor slabs could be prefabricated off-site and erected at speed while eliminating wet trades from the superstructure (CLT slabs can be installed at twice the rate of reinforced concrete slabs). By using large prefabricated panel timber cassettes to create the façades, a waterproof external envelope could be achieved early in the programme.

Timber offered other advantages: it is a sustainable, low-impact construction material with a surface finish which is warm, varied in colour and can be uniquely beautiful. The installation of a timber structure is generally less noisy than conventional wet construction, another important consideration when building at the centre of a working campus.

The building can accommodate up to 400 people and stands at the heart of Sky’s Osterley campus. Its three main floors are linked by a wide and open main staircase which rises through a triple-height atrium to a rooftop restaurant with an open terrace and great views. Externally the building makes a bold statement; the main staircase projects from the north façade in a series of dramatic inclines, fully glazed to reveal the activity inside. The three floors were designed with no particular fixed use; instead, a series of internal room partitions slide and unfold to create a shifting landscape of creative thinking rooms, breakout spaces and informal meeting rooms.