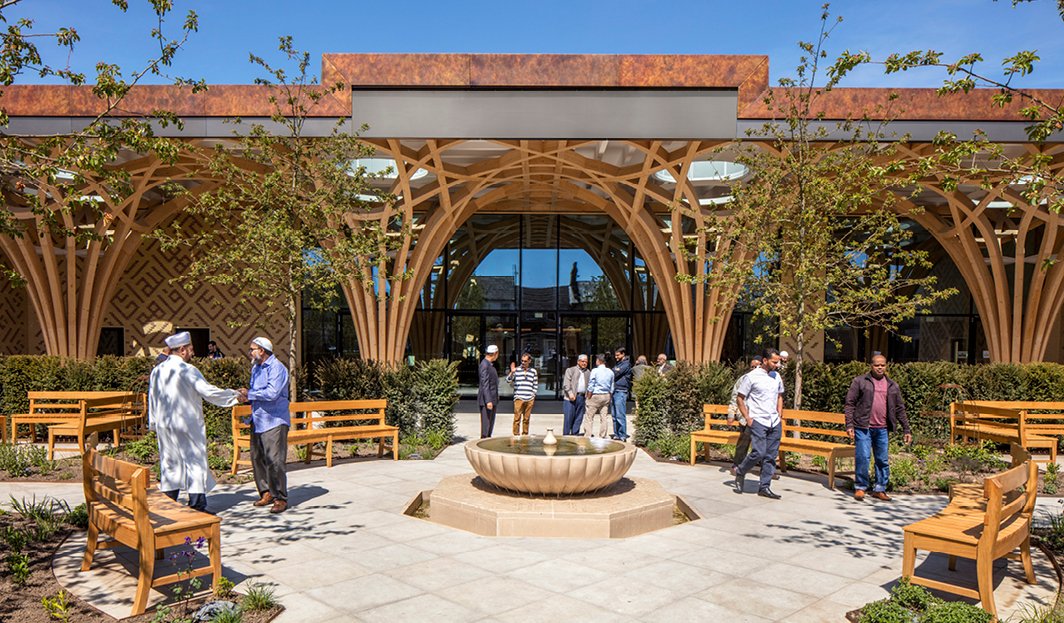 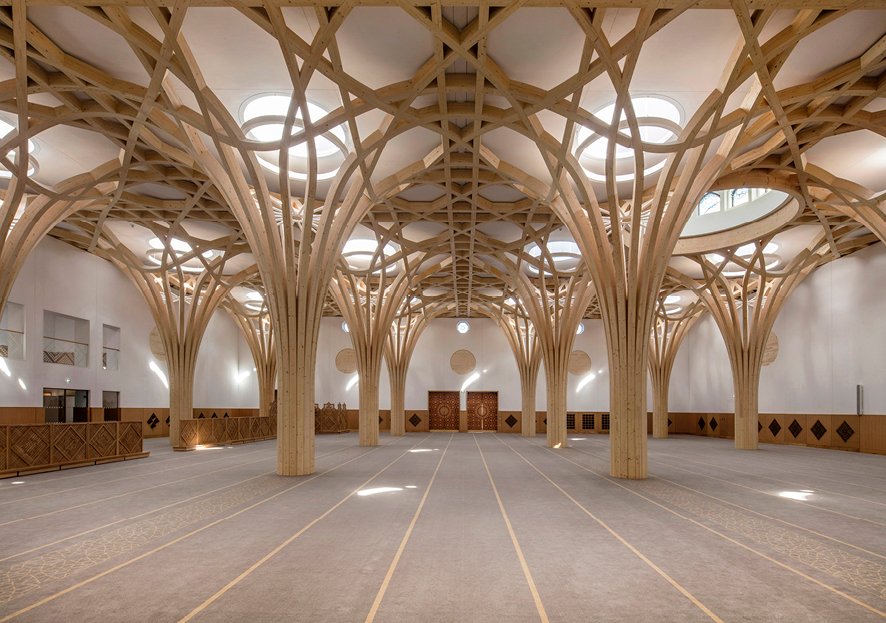 The design of the new mosque in Cambridge, by Marks Barfield Architects, is based on the concept of ‘a calm oasis for contemplation, under a grove of trees’, inspired by the image of the garden of paradise. 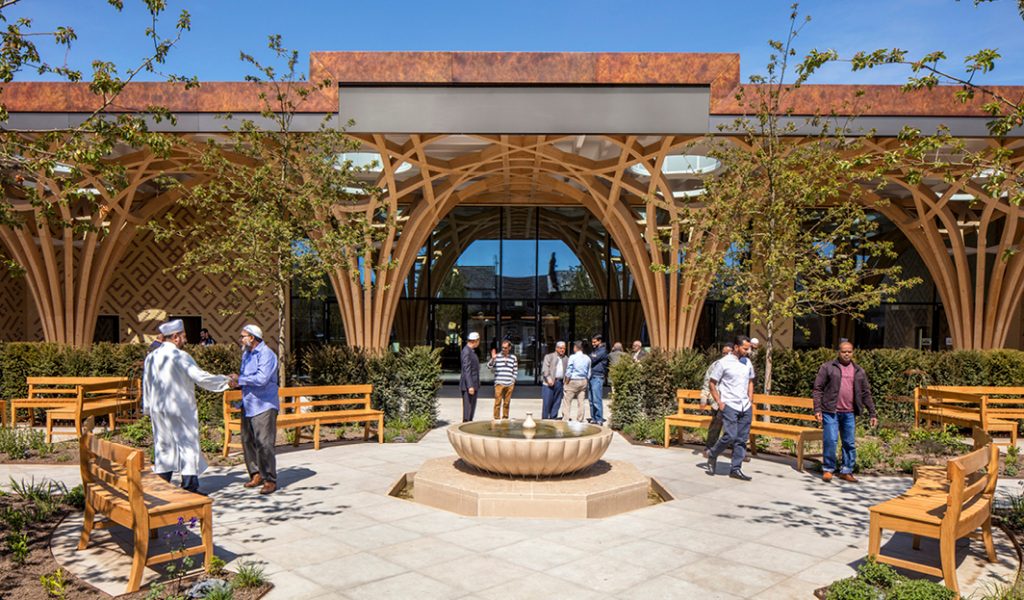 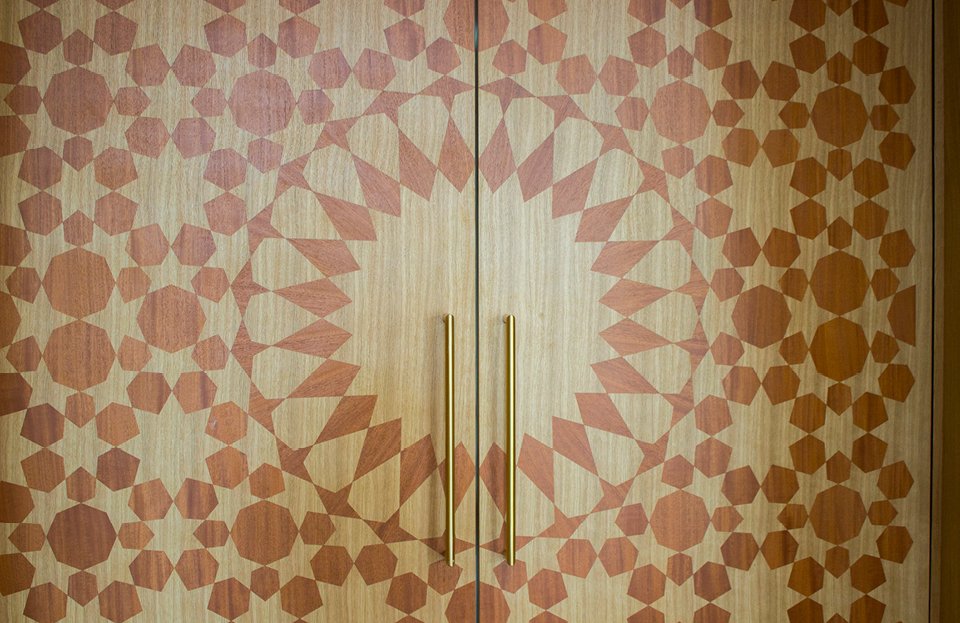 The design of the new mosque in Cambridge, by Marks Barfield Architects, is based on the concept of ‘a calm oasis for contemplation, under a grove of trees’, inspired by the image of the garden of paradise. This is expressed in the timber structure, a series of tree-like timber columns that rise into flowing fan vaults to merge with a geometric timber ceiling. These timber forms were inspired by both Islamic and British sacred traditions, from the 16th century stone vaulting of nearby King’s College Chapel to the repetitive arches of the Cordoba mosque in Spain. Marks Barfield Architects won a 2009 competition to design the building and, together with clients and patrons, researched the question of what a British mosque might look like in the 21st century and how this might be achieved and integrated with a minimal carbon footprint. Their research revealed that for centuries and throughout the world mosques have adapted to local cultural and climatic conditions and adopted local vernacular building materials and technologies. The new building would be of its place and time, strongly contemporary while merging both Muslim and non-Muslim forms. The mosque stands amid terraced streets on the site of a redundant warehouse. The deep plan allows the mosque to be set back from the street so that worshippers and visitors move in a procession of spaces from the outside world to the sacred space of the prayer hall. Entering from the street, they walk through a public Islamic garden to reach the main entrance, a deep portico supported by the first row of glulam structural ‘trees’. A glazed screen leads through to a stone-paved atrium, also supported by glulam structural trees and with a timber-lined education centre and a cafe leading off to the sides. Orientated towards Mecca, the prayer hall itself is supported by four rows of glulam structural trees and the walls are lined with an oak panelled dado, with upper walls revealing the cross-laminated timber (CLT) structure of the external walls. Daylight filters down from glazed oculi positioned directly above each glulam tree. The mosque is a spiritual and cultural centre for Muslims; it is also nondenominational, inclusive, open and welcoming to the whole community, intended to be a meeting place and a cultural bridge where modernity and innovation meet timeless sacred principles.