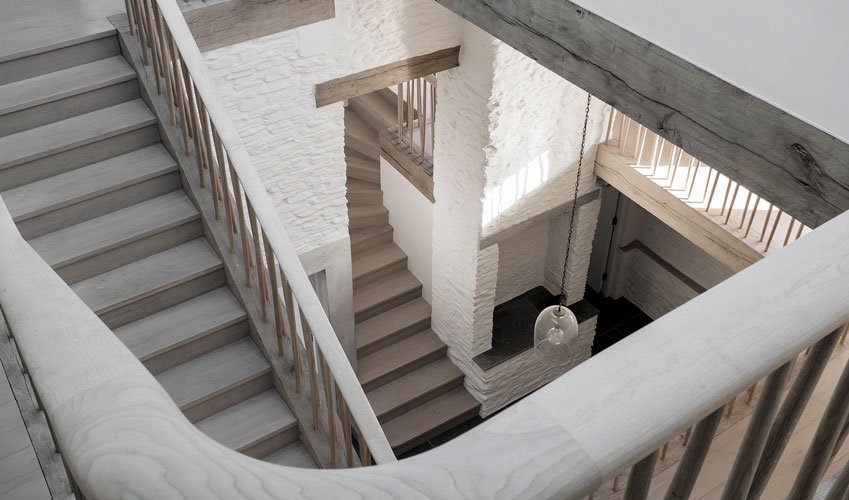 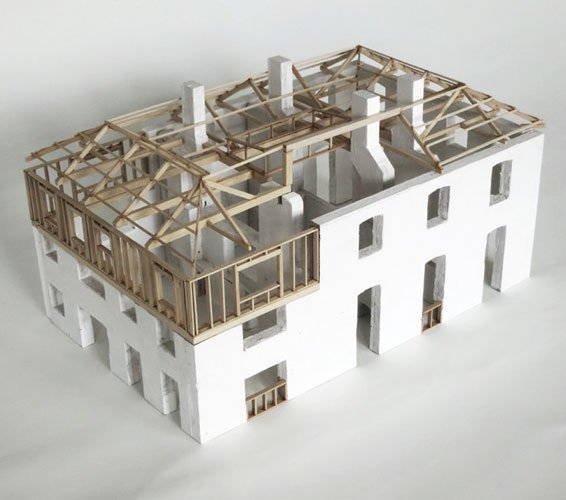 The practice 6a architects has reconfigured and extended a large early-twentieth century house in Devon. 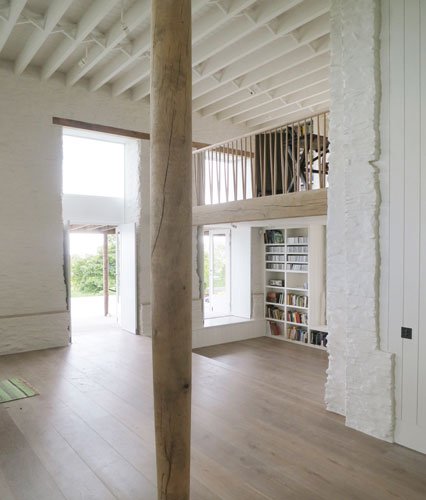 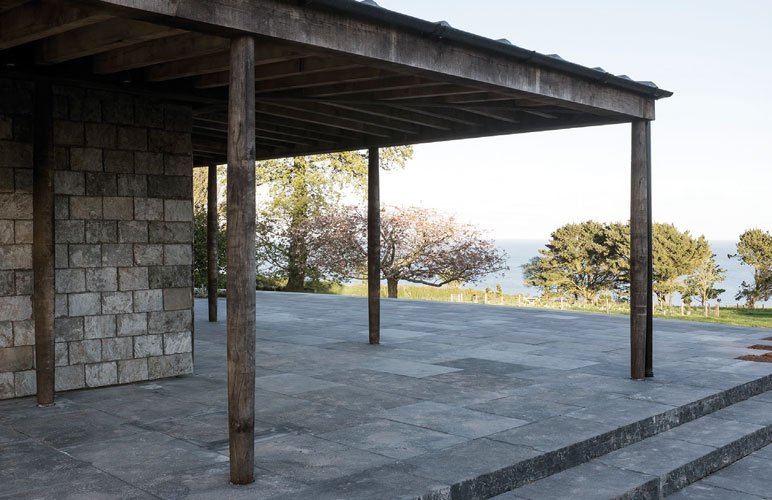 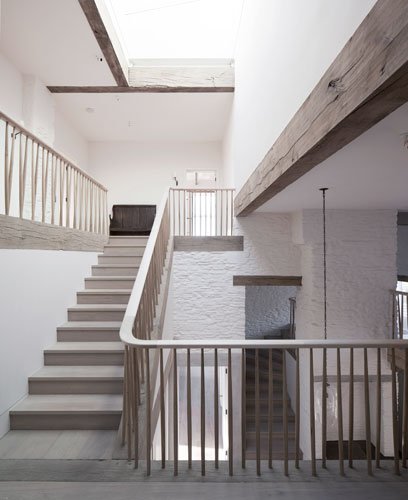 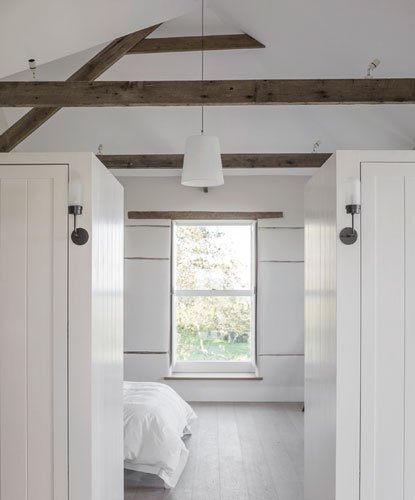 The practice 6a architects has reconfigured and extended a large early-twentieth century house in Devon. The house itself seemed initially unremarkable but the location is extraordinary; it stands close to the coast with extensive views of the sea and is set in an Area of Outstanding Natural Beauty. The house had been built with a double pitch slate roof and, it was discovered, massive stone rubble walls, clad with render and on two sides a distinctive Delabole slate to withstand the attrition of sea and wind. It was an important part of the brief to maintain the original external character, but this was both intensified and subtly altered to dramatic effect internally. The original slate cladding and render were removed, all the walls externally insulated and re-clad with a rainscreen of reclaimed Delabole slate tiles. The door and window joinery was stripped back to the stone openings and dropped below lintels to create elongated 3.7 metre high doorways at ground level and large scale windows, with all new joinery set into the external cladding layer. The eaves have a new cast lead fascia and a new external veranda of green oak wraps around the southern and western elevations of the house, giving sheltered views out to the sea. Inside the house, all has been transformed. What was a traditional layout of smallish rooms has been reconfigured into a new set of internal volumes, all with clear visual and physical connections between them, at the same time creating new links between the interior and the landscape. In its original state the house was divided into two parts; a larger two storey and basement on the south side and a lower two-storey extension, probably a later addition to the original building, on the north side. The basement has been removed so that the two ground floor levels are now aligned and the north end of the house has been raised to create an additional storey. The disparate floor levels between these two parts are united by a galleried timber staircase. It rises from the hall at the centre of the house, turning to connect bedrooms and levels, creating open balustrade landings at every stage in its journey upward. It gives views which link the whole house across three axes: across the house from the front door through the dining room to the oak tree beyond, from the back door through the hall and living room to the sea, and from the centre of the hall vertically up to the sky. The staircase is flooded with light from a large glazed rooflight.