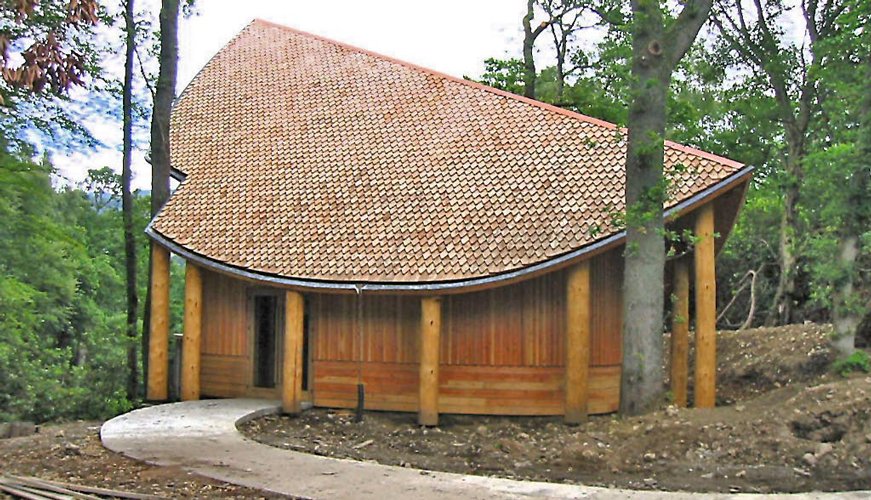 The David Douglas Pavilion, a small but innovative new building constructed almost entirely of Douglas fir, is the central feature of the Scottish Plant Collectors Garden at Pitlochry. 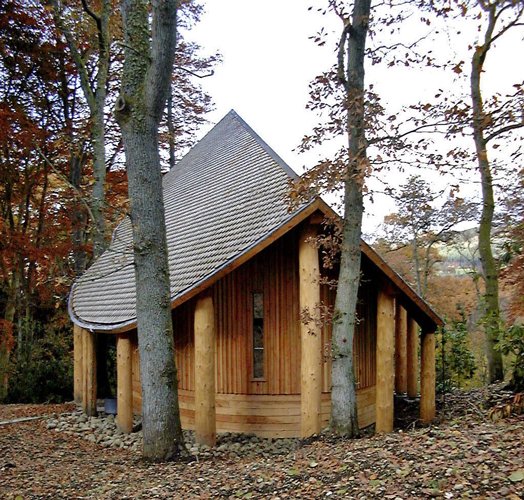 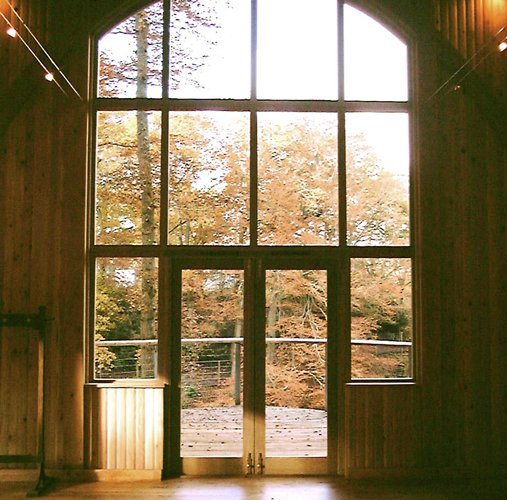 The David Douglas Pavilion, a small but innovative new building constructed almost entirely of Douglas fir, is the central feature of the Scottish Plant Collectors Garden at Pitlochry. The pavilion is named after the Scottish plant collector David Douglas (1799- 1834). In 1825 he made an expedition to Canada where he identified the conifer which now bears his name and and introduced it to Europe. The Douglas fir – and the Sitka spruce which he also introduced – now form the basis of today’s commercial forest industries in Scotland. In 2003 the garden celebrated 300 years of Scottish botanical exploration – no other nation has produced so many pioneer plant collectors. The garden commemorates Scottish collectors and demonstrates the work of associations such as the Woodland Trust, the Forestry Commission, the Scottish Wildlife Trust and the Scottish Forest Industries. It lies just behind the Pitlochry Festival Theatre and has been created from an area of mature woodland of about 2 hectares. An amphitheatre and several performance spaces have been created in the garden so that the theatre company can stage outdoor promenade performances. The pavilion, reached by a winding path through the woods, sits at the top of a steep north-facing embankment overlooking the Oriental garden and giving glimpses of the distant hills. Its form is simple and organic. Curved walls enclose a large, single exhibition space on three sides; the north wall, glazed and timber-framed, has doors leading to an external viewing deck. Together, the interior space and the deck form a leaf-shape in plan. The ridge of the pitched roof slopes upwards towards the north wall and extends beyond it, giving partial shelter to the deck. The roof is supported on a series of sloping purlins and a scarfe-jointed ridge beam which extend beyond the eaves and rest on peeled Douglas fir posts. The posts stand outside the wall and follow its curve; as a result the eaves are also curved and the resultant roof planes resemble the shape of a delicate semi-folded leaf. The peeled Douglas fir posts and the pitched roof of larch shingles blend perfectly with their surroundings, likewise the interior which is lined with mellow timber boarding.