The original Victorian pier was built in 1872, rebuilt in 1922 and finally destroyed by fire in 2010. The architect dRMM became involved when Hasting Pier Charity took over the derelict structure and set up a design competition which was won by the practice. 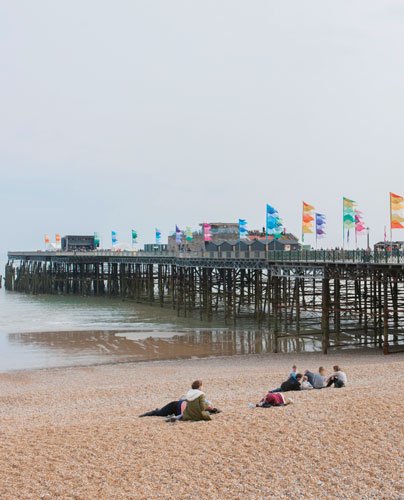 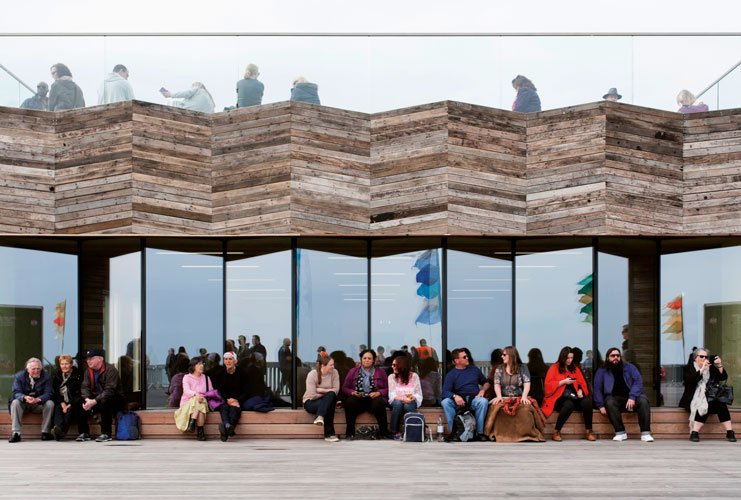 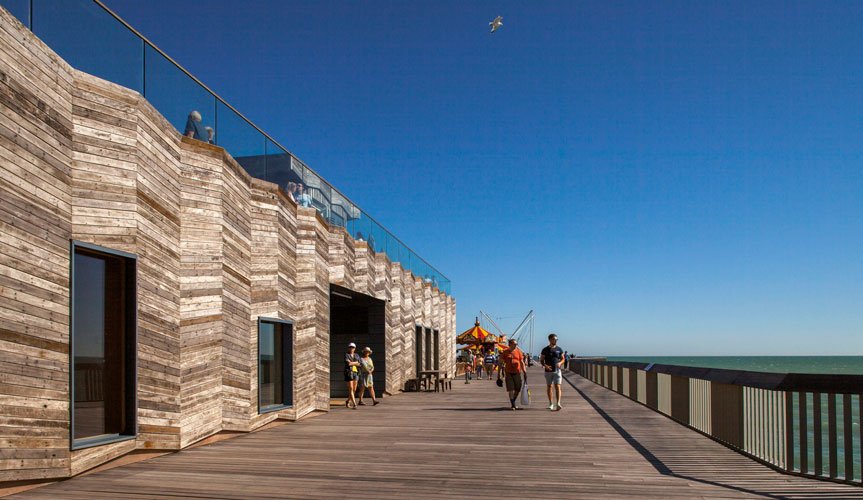 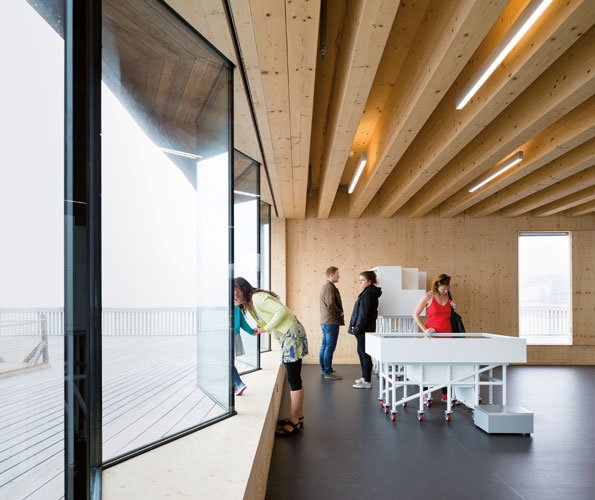 Hastings Pier, winner of the 2017 RIBA Stirling Prize, is a 21st century re-creation of the Victorian pleasure pier, designed as a sustainable and flexible platform to host all sorts of activities – funfairs, festivals, markets and major music events – and to be a place where locals and visitors can fish from the railings, stroll high above the water, and look out to the horizon.

The original Victorian pier was built in 1872, rebuilt in 1922 and finally destroyed by fire in 2010. The architect dRMM became involved when Hasting Pier Charity took over the derelict structure and set up a design competition which was won by the practice. This was the beginning of a seven-year collaboration between the architect and the local people.

The practice took time to understand their memories of the pier and their aspirations for its future, and it soon became clear that the new pier should be designed to host many different scenarios, which in turn could establish new connections to the community and act as a catalyst for the urban regeneration of Hastings. The practice also helped to organise local support and campaigned for funding, receiving a Heritage Lottery Fund grant which enabled the storm-damaged foundations and structure to be repaired. It was a real collaboration, with the charity even taking on the role of general contractor. The new pier is an extension of Hastings Promenade, from which it extends for 280 metres into the sea as a public open space, lined with a new hardwood deck.

The only permanent buildings on it are a formerly derelict Victorian pavilion, which has been transformed into an open-plan, fully-glazed restaurant, and further along, a new visitor centre. Set above a renewed central section of the damaged pier, the visitor centre is a cross-laminated timber (CLT) structure, clad with scorched timber boards reclaimed from the remains of the original deck. It contains two large adaptable community spaces for events, exhibitions and educational activities, serviced by public toilets. The north elevation slopes to form a set of wide external steps which lead to a rooftop belvedere with a café kiosk and viewing platform, lined with a frameless glass balustrade. The reclaimed timber boards were also used to create new external seating and furniture, designed by dRMM and Hastings & Bexhill Wood Recycling and manufactured as part of a local employment initiative.