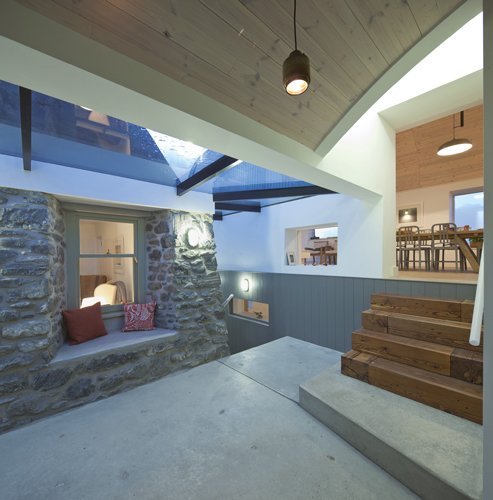 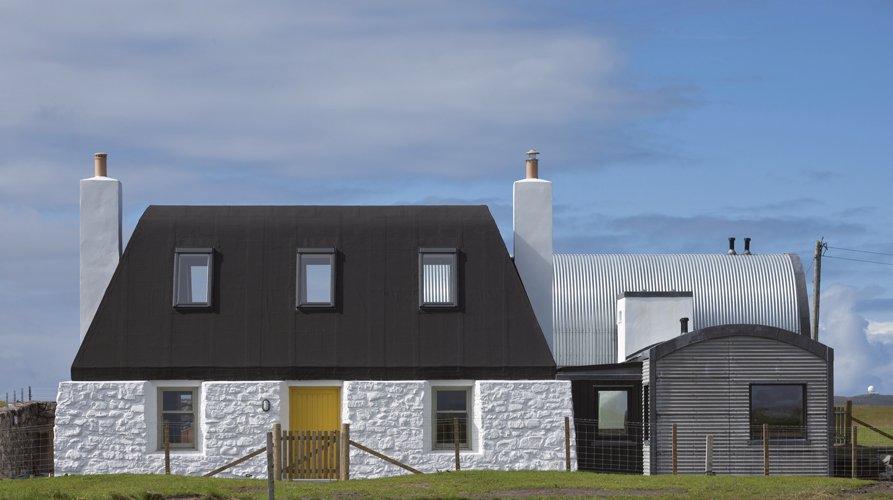 On Tiree, as on other Hebridean islands, the traditional dwelling is the ‘black house’, a small, usually single storey dwelling of white painted rubble walls with a steeply pitched roof of thatch, slate or tarred bitumen. 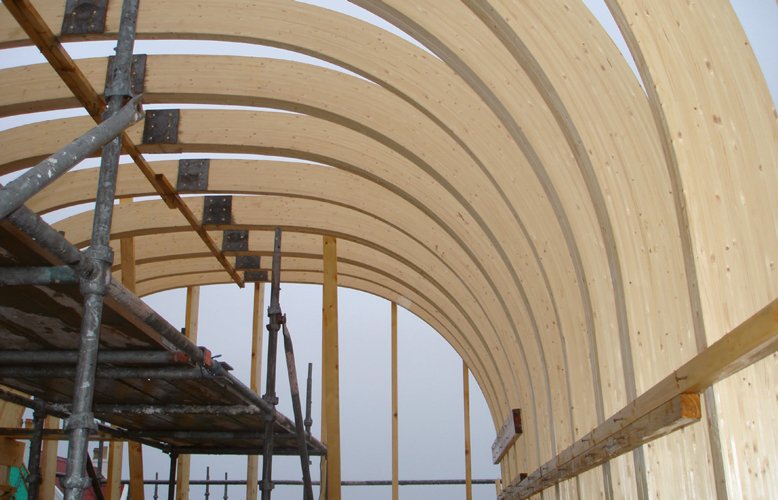 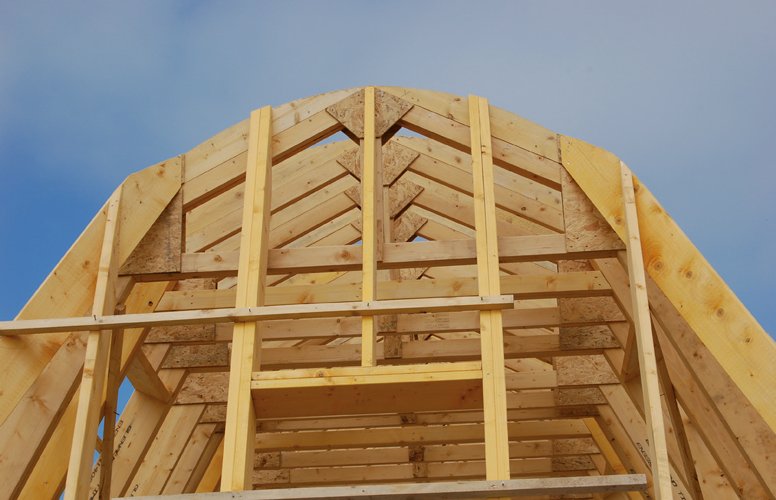 Tiree is the most westerly island of Scotland’s Inner Hebrides; its position, facing the Atlantic with nothing but ocean between its shores and Canada, makes it one of the most windswept places in the British Isles. Remarkably, it is also the sunniest, and its flat and treeless landscape is edged with endless white sand beaches.

Tiree’s soil is surprisingly rich and fertile; it is covered with the mineral-rich ‘machair’, a rare type of coastal pasture unique to the Hebrides, with a high shell content. It provides a fertile agricultural base and in the summer breaks out into a carpet of flowers. On Tiree, as on other Hebridean islands, the traditional dwelling is the ‘black house’, a small, usually single storey dwelling of white painted rubble walls with a steeply pitched roof of thatch, slate or tarred bitumen. The traditional black house is set in a croft, an agricultural smallholding of small fields next to the house. The storage of crops, tools or animals was accommodated in small sheds, often clad with timber or corrugated metal, which were put up alongside the house over the years. Each house and its adjacent outhouses and sheds are separated from neighbouring houses by the small fields of the croft and together they form a scattering of settlements over the 7.8 hectare island. Tiree has about 750 permanent inhabitants.

One of these traditional black houses on Tiree, formerly a listed ruin, has been rebuilt and extended by the architect Murray Kerr of Denizen Works. The site, on the south coast of the island, is accessed by a grass track and enjoys fantastic views of Duin bay to the south and a typical Tiree landward aspect of lightly undulating machair and traditional housing settlements. Like most places on Tiree, the siting of the house is very exposed, with no natural land mass or vegetation to provide shelter from the wind.

The new design creates a sheltered enclosure while allowing sun to penetrate and warm the interiors. An array of materials were used including glulam beams for the curved walls, pitch pine and Scottish larch, together with more traditional techniques for the rebuilding of the black house. Inside the house the ceilings and floors are lined with timber, creating warm and gently textured surfaces which reflect traditional interior techniques.