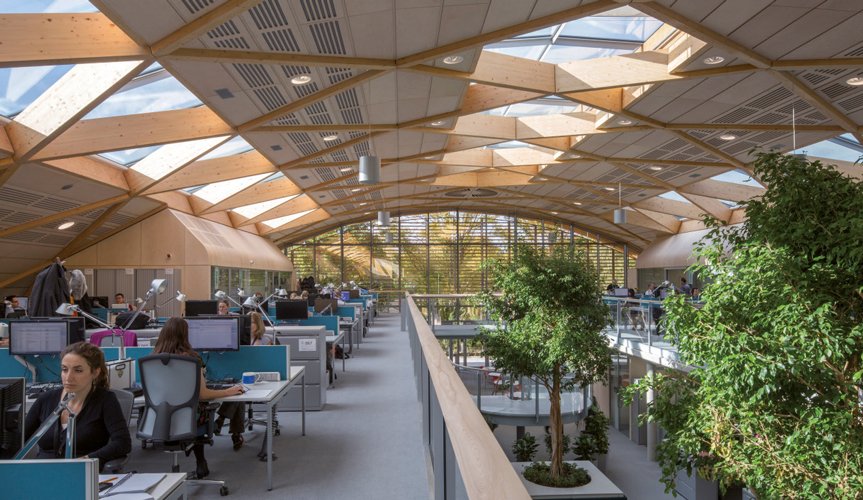 The new UK headquarters of the World Wildlife Fund (WWF) is an ultra-green, energy-efficient building in Woking designed by Hopkins Architects and known as the Living Planet Centre. 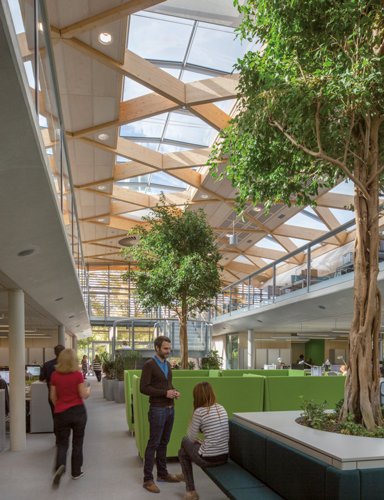 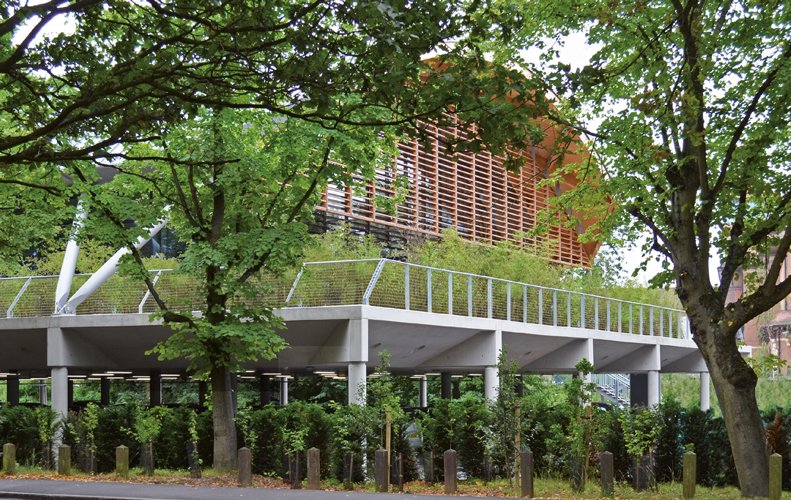 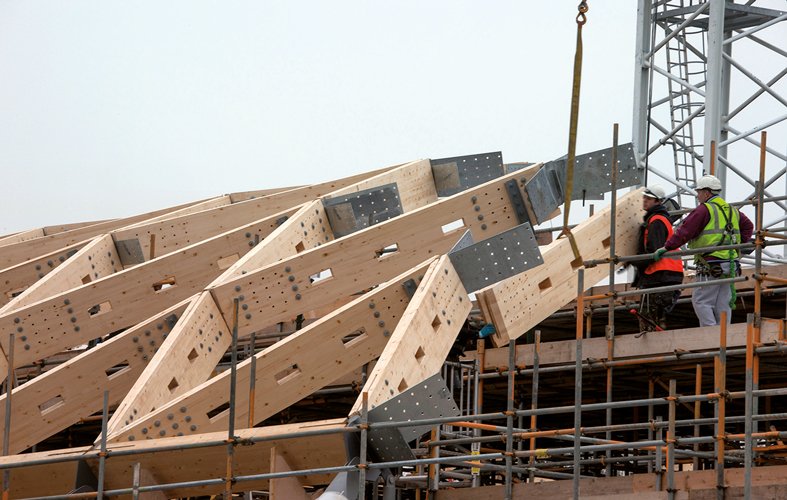 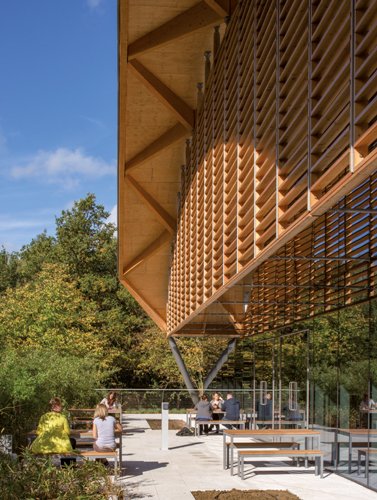 The new UK headquarters of the World Wildlife Fund (WWF) is an ultra-green, energy-efficient building in Woking designed by Hopkins Architects and known as the Living Planet Centre. It has achieved a BREEAM Outstanding rating and a 42 per cent cut in embodied carbon after Stage C. It houses 340 staff in a collaborative, openplan office over two floors with conference and educational facilities plus a small visitor centre and exhibition, the WWF Experience. Timber has been used throughout the new headquarters, chosen for its structural and sustainable properties as well as for its natural beauty. Woking was chosen as the most appropriate place for the headquarters; the town has well-known green credentials – its district heating system was one of the first in the UK and it is less than half an hour by train from London Waterloo. The Borough Council offered WWF a brownfield site, a surface car park separated from the town centre by a main road and the Basingstoke Canal. A planning condition stipulated that the car park had to be retained. It was a challenging proposition, but one that Hopkins Architects has developed with great skill. The site is now linked to the town centre by a redesigned timber bridge over the canal. The office building is raised above the car park on a vast cast in-situ reinforced concrete podium (more than 92 metres long, the length of a football pitch), supported on concrete columns. Its roof structure is a 37.5 metre wide clear span timber diagrid, a huge barrel vault supported at the edges on a series of steel columns and struts, which encloses the double height office space. The gable ends of the barrel vault are glazed to allow natural light into the building and clad with horizontal larch louvres to give protection against solar gain; the louvres also help to enhance the natural appearance of the building from the outside. The podium base extends at the north-eastern gable end to form a landscaped public piazza and main entrance which is reached from the bridge and, via a staircase, ramp or lift from the car park below. The podium also extends 5 metres beyond the long north-west and south-east facades to form balconies, framed by exposed steel struts.