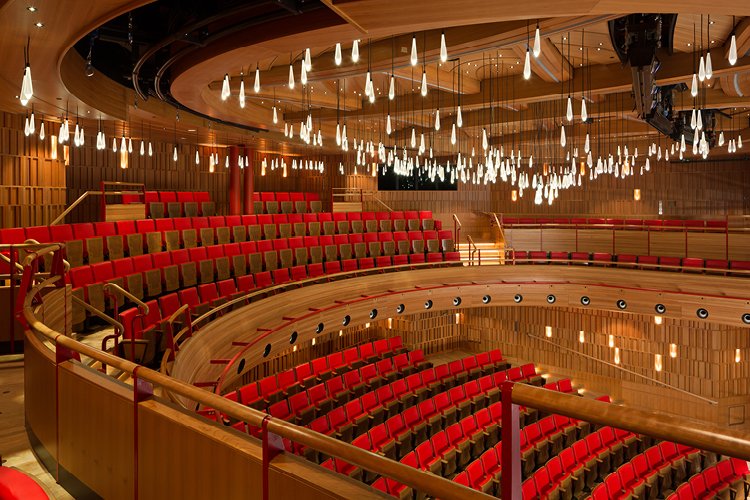 Two exceptional performance spaces, designed by Ian Ritchie Architects, have been seamlessly integrated into the Royal Academy of Music. Founded in 1822, the academy is Britain’s oldest conservatoire and is housed on the edge of Regents Park in a Grade II listed historic building which has long been extended and adapted. 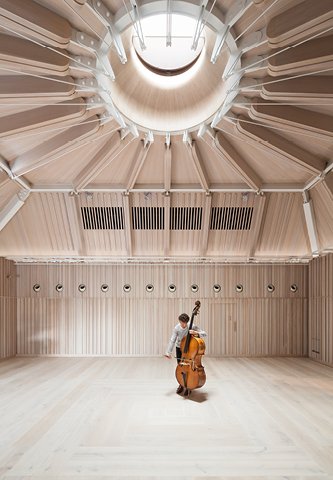 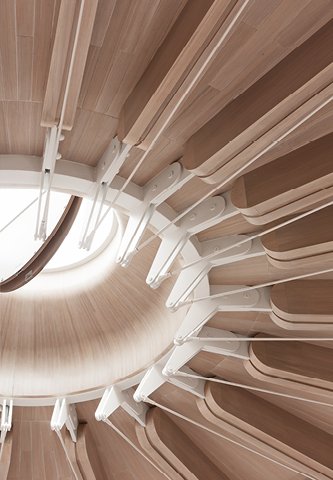 exceptional performance spaces, designed by Ian Ritchie Architects, have been seamlessly integrated into the Royal Academy of Music. Founded in 1822, the academy is Britain’s oldest conservatoire and is housed on the edge of Regents Park in a Grade II listed historic building which has long been extended and adapted. The larger of the two spaces, the Susie Sainsbury Theatre, is designed for both opera and musical theatre productions. Now set at the heart of the academy, it has been completely transformed within the gutted shell of a 1970s fan-shaped auditorium and stage. It now provides 309 seats, a new balcony and larger orchestra pit, a stage wing and a fly tower. All seats have unimpeded views of the stage, while the larger orchestra pit allows for an expanded repertoire choice, from early to modern opera and musical theatre. In its scale and proportions, the theatre has a tranquil yet intimate character, ideal for the training of young voices. Above the theatre and acoustically isolated from it and the rest of the building is the new Angela Burgess Recital Hall, providing a 100 seat space for student rehearsals, public performance and recording. The hall is designed as a tranquil, visually cool space and is lined throughout in pale, lime-washed European oak and lit from a central oculus. The project has also improved the circulation of the building, with a new glazed lift giving step-free access to the stalls and balcony of the new theatre and to the recital room. A new glass-roofed foyer has been slotted between the original rear façade and the outer walls of the new auditorium. There are also five new percussion studios, a jazz room and an audio-visual control room. All this is contained within the existing site and was constructed while the academy was in full occupation, so considerable ingenuity was required. Timber, especially its use in music, was a key part of the design concept. As the architect explains: In designing the new spaces, we took inspiration from the shape and construction of string instruments, their tuning mechanisms and the physical relationships between artist and instrument. Our earliest research into the materiality of wood, how it is transformed and tuned, along with an awareness of the role of varnish in Stradivarius’s instruments, led us to exploit the haptic qualities that finished wood would give as a reflector of sound, warmth and light.