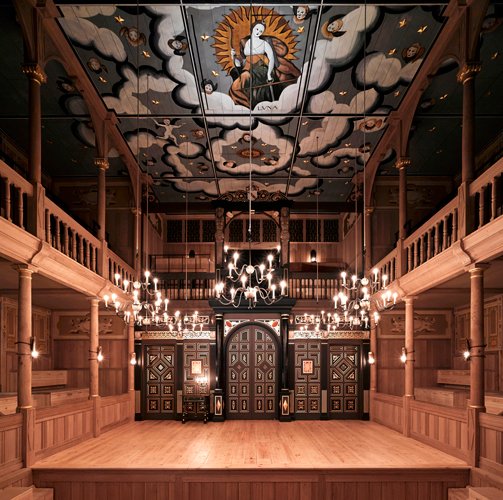 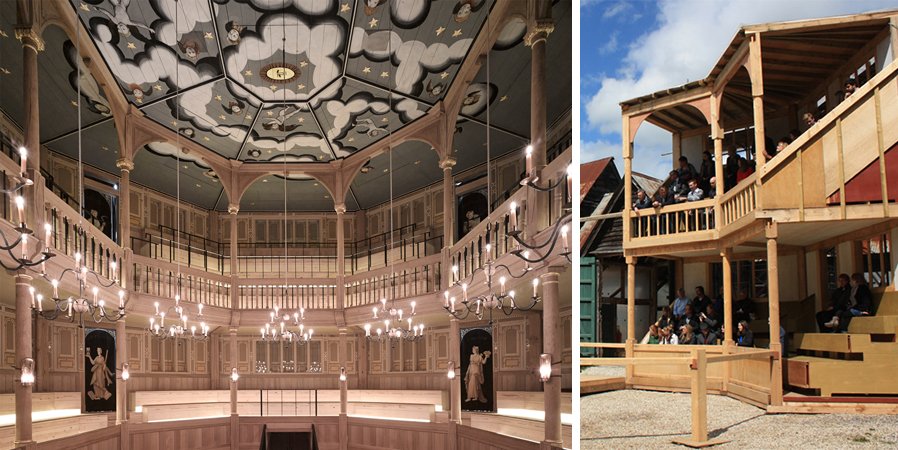 The new theatre is small and intimate, a flat stage surrounded by two storeys of galleries framed in oak and lit by candlelight, creating what The Observer has described as ‘a strange play of authenticity and illusion’. 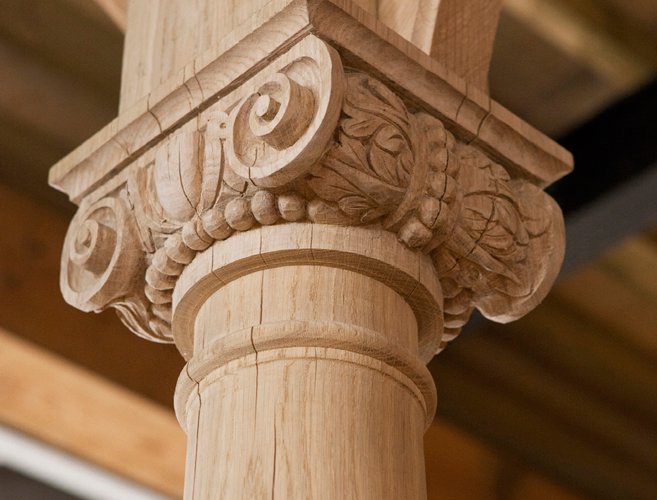 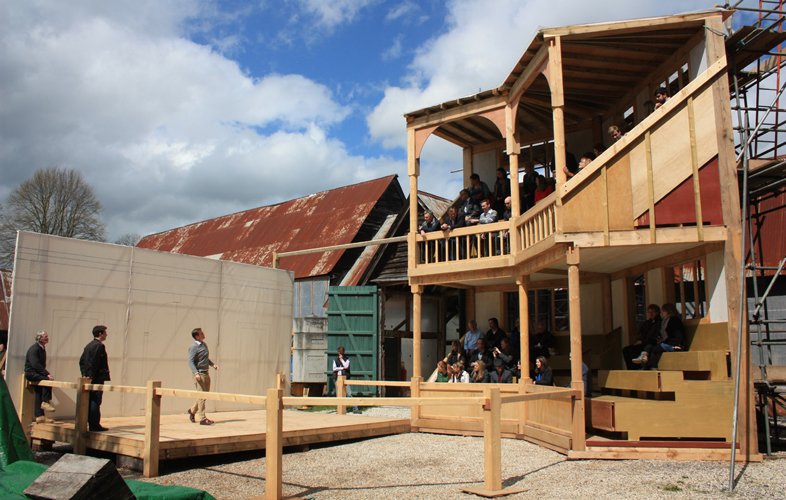 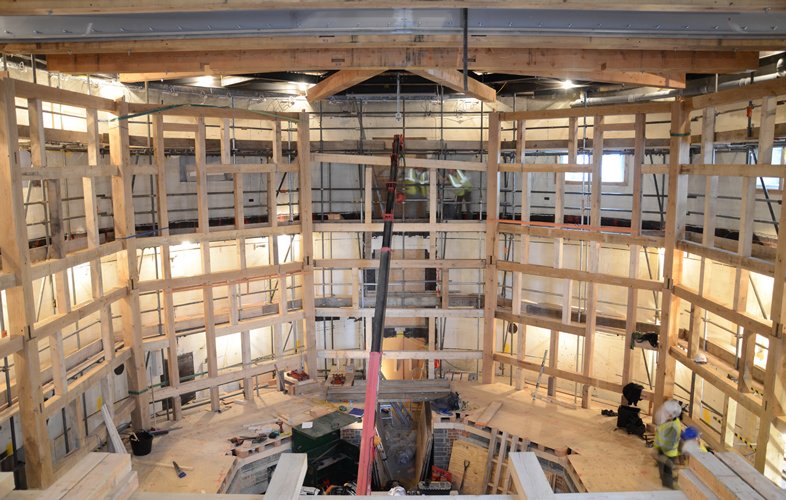 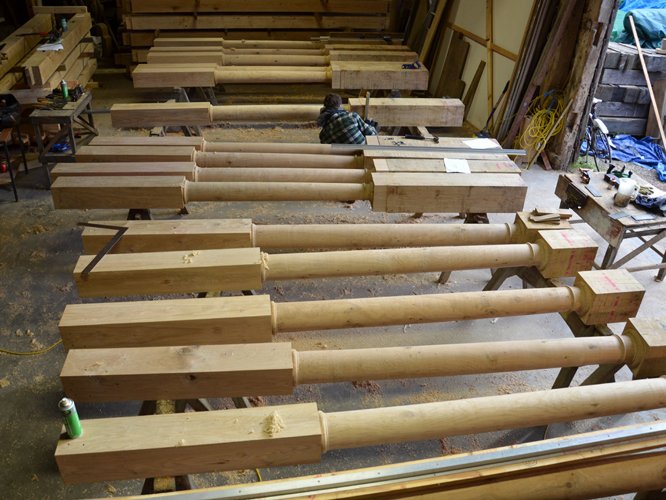 For decades Sam Wanamaker, the American actor, worked to create a modern reconstruction of the Wooden O, the original Globe Theatre for which Shakespeare wrote his plays, built in 1599. He died four years before his dream was realised in 1997 when the new theatre, Shakespeare’s Globe, was completed. It was built with a traditional green oak structure, with the roof open to the skies. Yet despite the bench seating to the galleries and simple standing space to the stalls, the venue has been hugely successful as a serious and adventurous theatre. Sam Wanamaker had always wanted to include an indoor theatre to complement Shakespeare’s Globe Theatre and to provide a space, an intimate one that Shakespeare might have recognised, to stage plays in the winter months when the much larger theatre is not in use. This has now been achieved; in January 2014 a new 340-seat Jacobean theatre finally opened, the Sam Wanamaker Playhouse. The new theatre is small and intimate, a flat stage surrounded by two storeys of galleries framed in oak and lit by candlelight, creating what The Observer has described as a strange play of authenticity and illusion. When Shakespeare’s Globe Theatre opened in 1997, it was flanked by communal spaces – foyer, box office, bar and cafés – together with a brick shell which was built to house the future indoor Jacobean theatre. These facilities have all been extensively remodeled and updated by the architect Allies and Morrison. For the Sam Wanamaker Playhouse itself the architect collaborated with the Globe’s reconstruction architect Jon Greenfield and specialist craftsman Peter McCurdy, whose company, McCurdy & Co, had been responsible for the original timber construction of Shakespeare’s Globe Theatre. The proportion, scale and arrangement of the Playhouse are based on two drawings held at Worcester College, Oxford. Originally considered to be drawn by Inigo Jones in about 1616, they are now believed to have originated from John Webb, Jones protégé, some fifty years later, although most likely based on a pre-restoration design. Despite the later date, they still represent the earliest drawings of an indoor Jacobean theatre and remain the best indication of their nature. Working from, rather than to, these plans, the team undertook extensive research to arrive at a design that is authentically Jacobean in its materials, construction methods and decoration, as well as seamlessly accommodating all the requirements of a modern theatre in respect of ventilation, accessibility and fire regulations – especially considering that candlelight is used to light the stage. The research involved regular dialogue with the Globe’s Architectural Research Group, a team of scholars, performers and specialist practitioners.