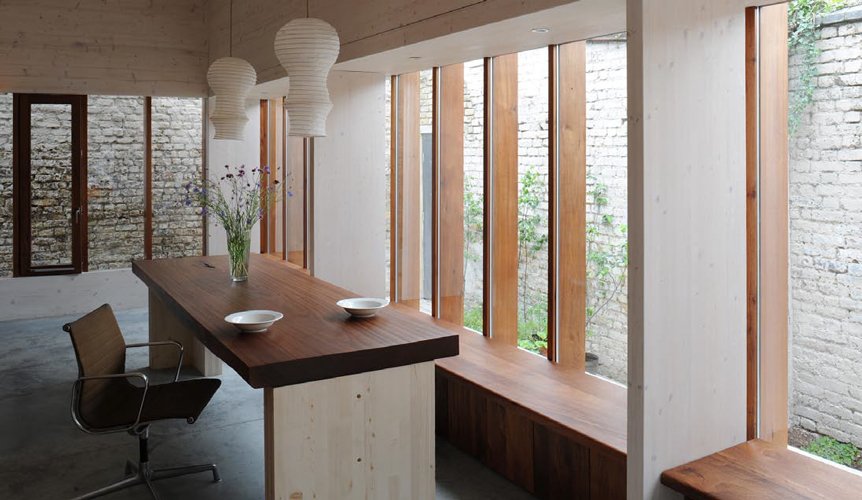 This tiny two-bedroom house, only 75 square metres on plan, sits unobtrusively within the confines of an old brick wall in Deptford, London. 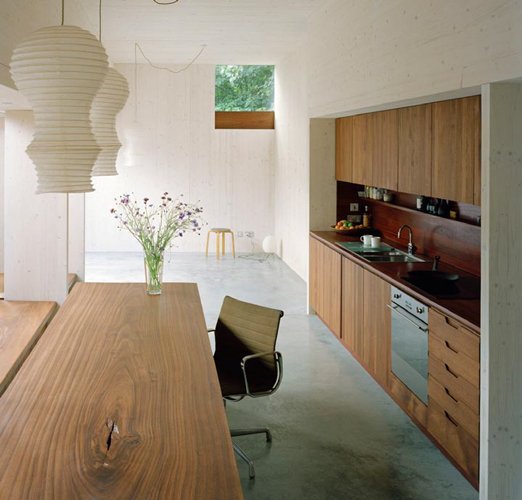 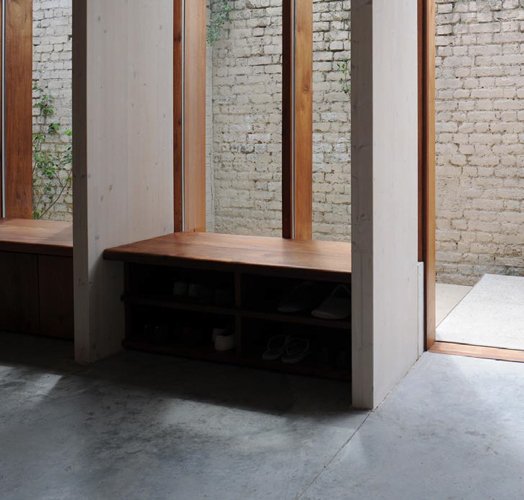 This tiny two-bedroom house, only 75 square metres on plan, sits unobtrusively within the confines of an old brick wall in Deptford, London. The high wall once enclosed the yard of a pub, and eight years ago the architect Hugh Strange saw its potential as a possible site for a house for himself and his young family. At that time Strange was living very close by, in fact the rear garden of his ground floor flat backed on to the north side of the yard, which was then derelict. In 2005 a housing association took over the pub and Strange was able to buy the yard from them. After much negotiation (as the size of the plot was so small) he received consent for a live/ work planning application in which the flat, which faces a busy road, would become the office and a new single-storey building in the yard would provide the living space. The detail of the building was developed in 2009 and the construction, an essay in the use of prefabricated softwood and crafted tropical hardwood, began in the autumn of that year. The new house is largely concealed from the street outside by the original brick perimeter wall, which screens the city and creates a private domain. It is entered either from the north side, via the new office and a small external courtyard space, or from the cul-de-sac on the south side, by means of a new narrow (600mm) opening cut in the brick perimeter wall. (Overlooking restrictions limited the building to a single storey, so all that can be seen of it from the cul-de-sac is a metre-deep strip of grey profiled fibrous cement cladding which covers the upper parts). The house occupies 70 per cent of the site and the space left over forms a narrow L-shaped external terrace between the house and the wall on the south and east sides. Entering the plot from the south side gives the visitor a chance to experience the tranquil world behind the wall; the slot-like terrace runs alongside a glazed wall with deep storeyheight hardwood mullions, it leads to glazed sliding doors which give access to the main living/kitchen/dining space. The generous height (3.2 metres) and length (11.5 metres) of this space, plus the fact that it is glazed on two sides, give the general impression of a dwelling much larger than it actually is. Two bedrooms and a bathroom fill the north half of the building.