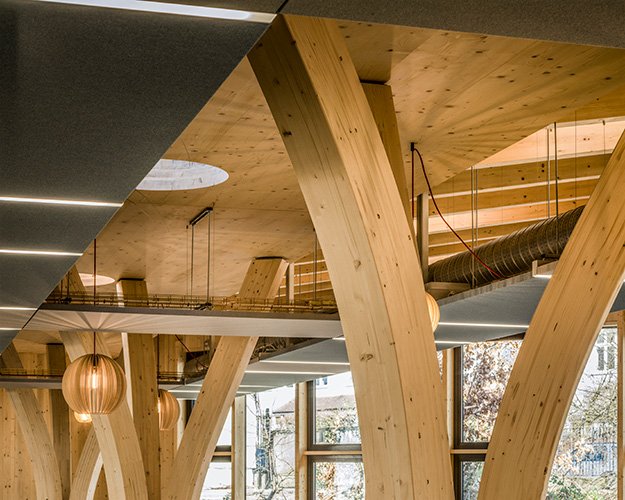 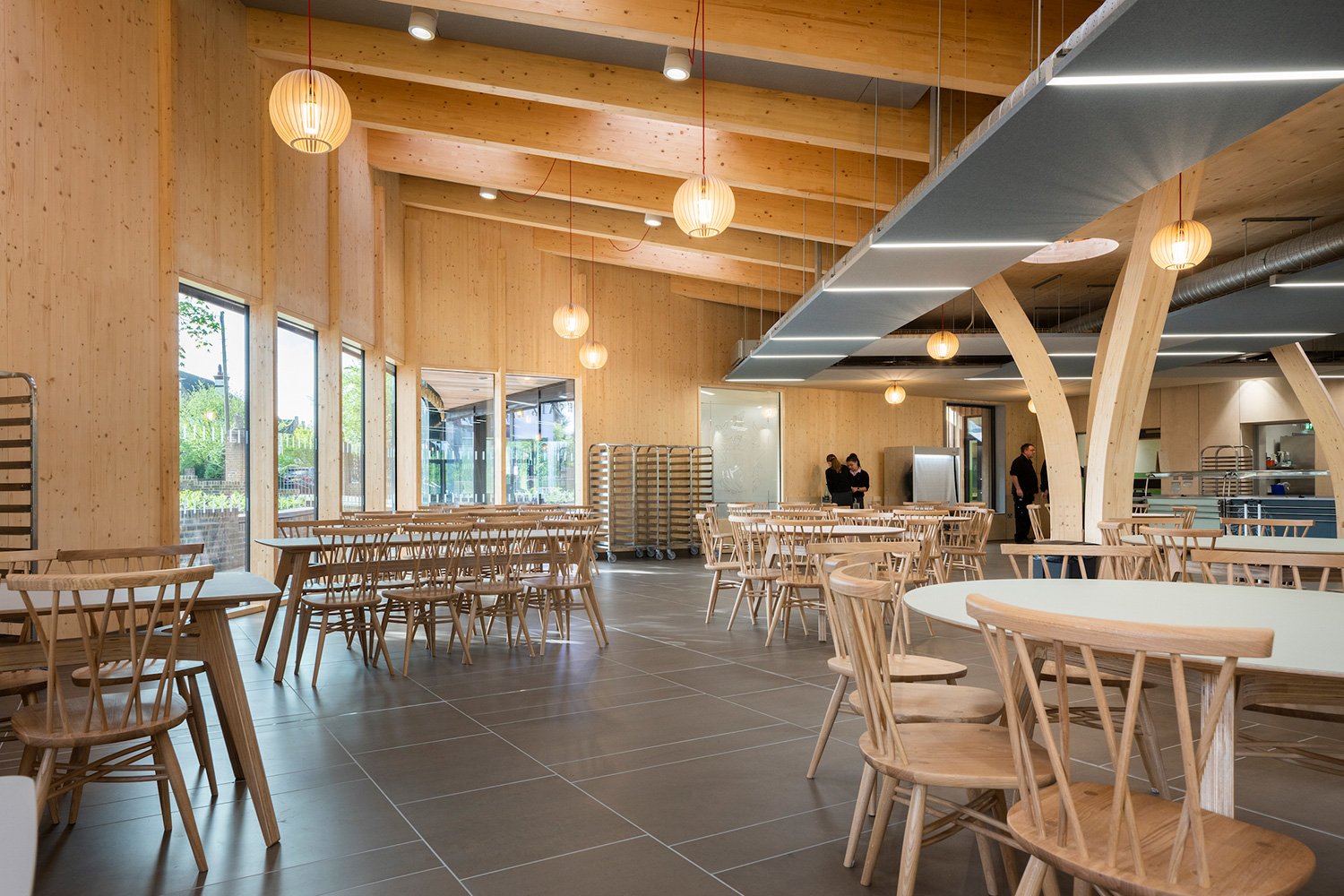 Streatham & Clapham High School, a successful independent day school for girls, has been transformed and upgraded by Cottrell and Vermeulen Architecture. 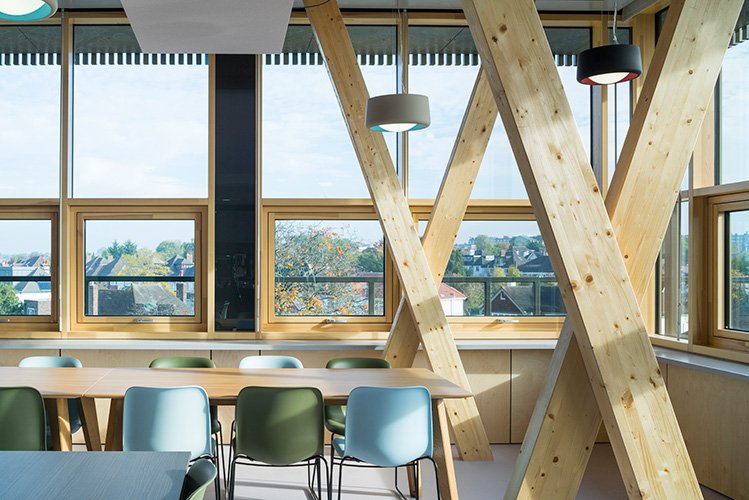 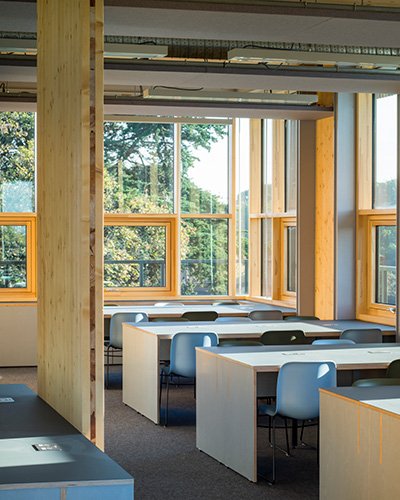 Streatham & Clapham High School, a successful independent day school for girls, has been transformed and upgraded by Cottrell and Vermeulen Architecture. A new main entrance and dining hall has given the 1930s building a fresh face, while a new rooftop pavilion houses the sixth-form centre, a place distinct from the main school where pupils can transition from sixth form to higher education. The new spaces – their structure, floors and walls – are of cross-laminated timber (CLT) and glulam; they were chosen for technical, cost and sustainability advantages, but, as the architect explains; ‘the most palpable effect for the users of the building is the beauty of its internal timber finish’. The upgrades took place in two phases. The first, the new sixth form centre, is a new top floor of exposed glulam and CLT which follows the elongated plan form of the 1930s building below it. It contains book-ended common and study spaces connected by a spine of welllit classrooms, offices, a science laboratory and service spaces. Extended and new stair towers connect the new sixth form floor with the rest of the school, with new plant areas, escape stair and a new passenger lift. The newly completed second phase extends the ground floor to add a large new dining hall and kitchen, new entrance lobby and main entrance, reconfigured to act as a focal point to the new approach to the school. The two phases are similar in concept, with exposed glulam columns which support CLT roof slabs with exposed ceiling soffits, and CLT walls with the timber exposed as the wall finish. Initially the decision to use CLT and glulam was taken as the off-site prefabrication would reduce onsite construction time and minimise disruption to a working school, especially in the case of the sixth form centre, built on top of a three storey, occupied school. But, as the design developed, other advantages were discovered, in particular the relative lightness of the construction which avoided additional foundation work while providing sufficient mass for acoustic separation and fire protection compared to a framed structure. Unlike conventional construction, the structure was developed using three-dimensional modelling as part of the offsite fabrication.

This allowed complex forms to be created for offsite fabrication, while the preparation and precision of the CLT components allowed a swift and problem-free erection.