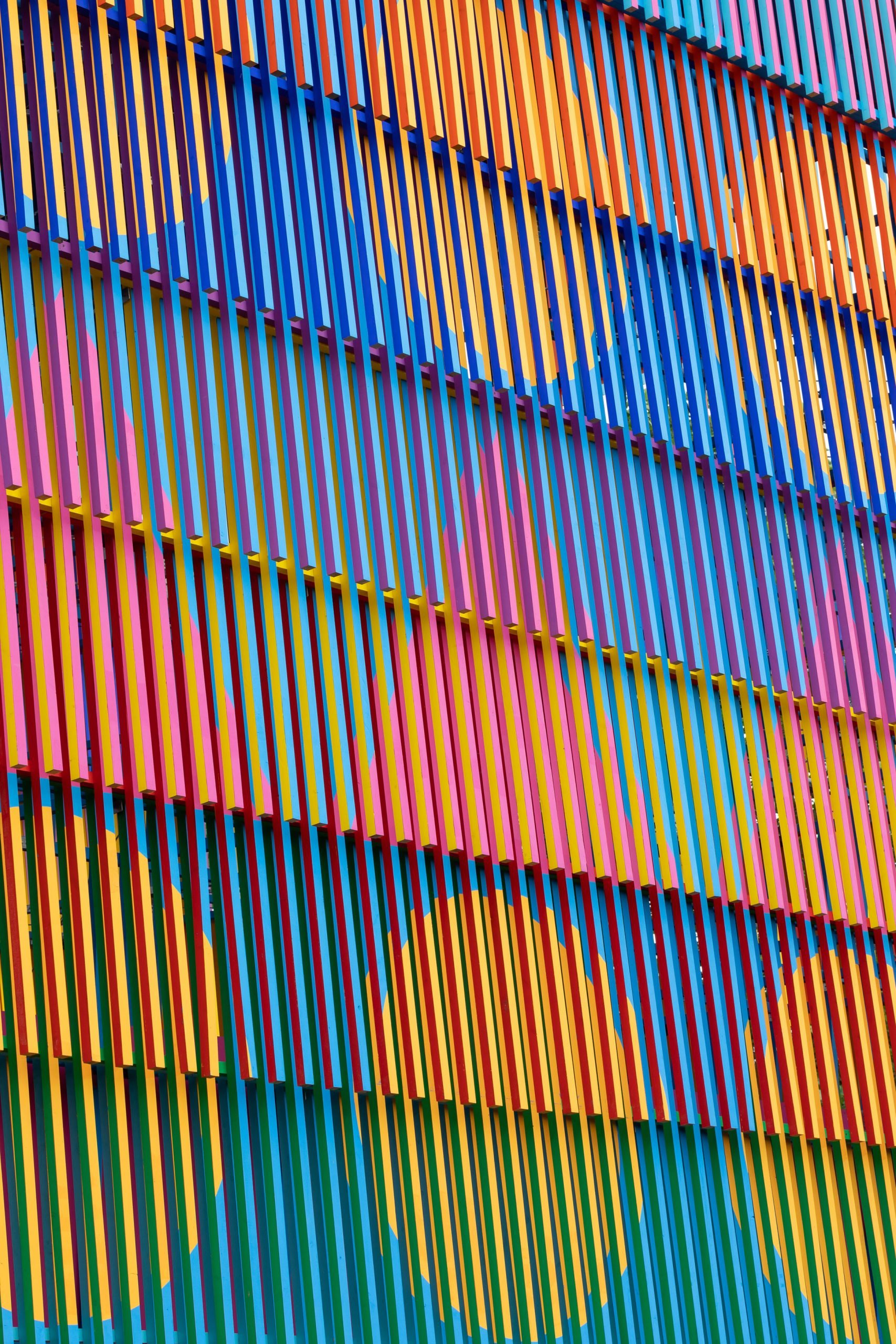 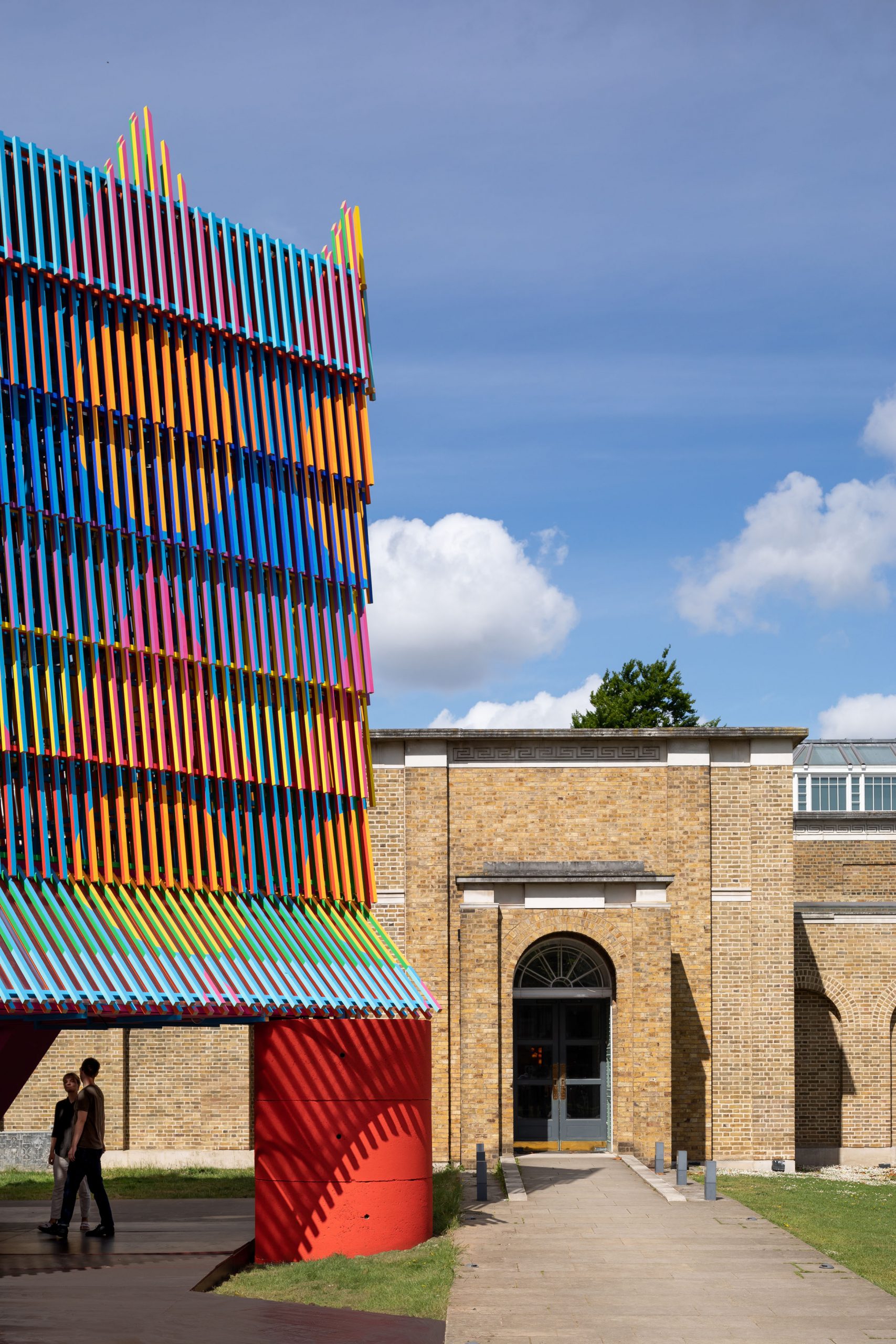 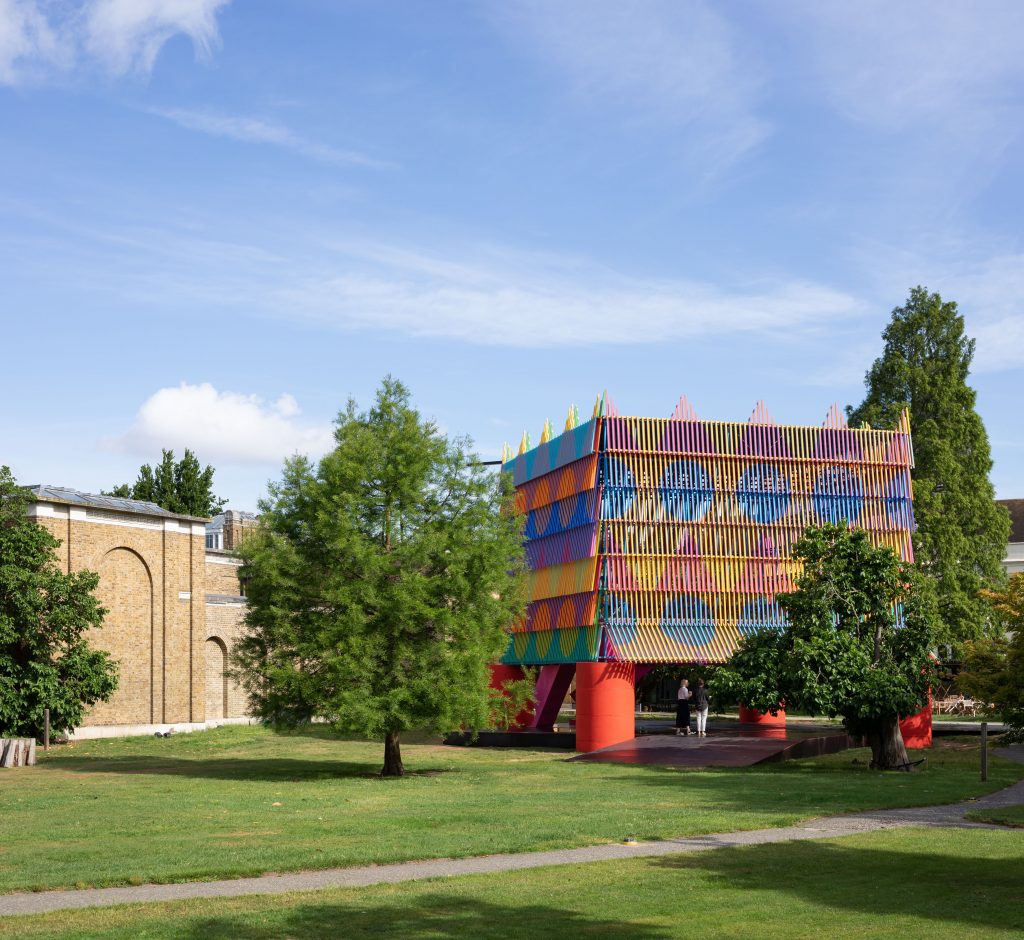 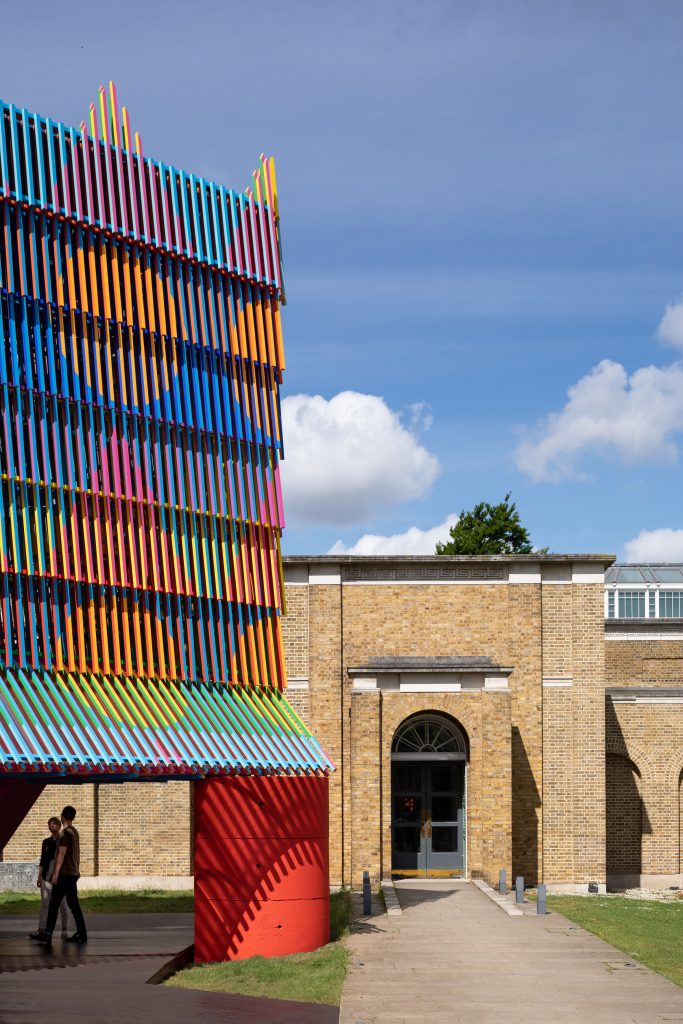 In 2019 an explosion of colour appeared on the sedate lawn of Dulwich Picture Gallery. It was the Colour Palace, a timber pavilion painted in exuberant geometric patterns and stripes in a kaleidoscope of zinging neon colours. It took the form of a delicate hollow cube, clad with overlapping rows of slender timber battens which were painted and patterned. The cube was raised up on four chubby cylindrical legs, tall enough to act as portals, welcoming visitors inside the temporary event space which housed the gallery’s summer events programme, part of the London Festival of Architecture. The design was a collaboration between the architect Pricegore and Yinka Ilori, a British- Nigerian artist; they had met when Ilori moved into studios designed by the practice. Both envisaged the pavilion design as celebrating the diverse cultures of south-east London, helping the gallery to reach out to different audiences. The design team researched architecture, vernacular buildings, markets, gardens and art to make a pavilion about a multi-cultural London, a fusing of European and West African traditions. The pavilion stood alongside the south wing of the gallery and its ten metre high cubic form made dutiful reference to Sir John Soane’s masterpiece; the exhibition rooms in the Dulwich Picture Gallery are all either cubes or double cubes in volume. As architect Alex Gore explains: The idea of strong geometry runs throughout the project – it’s our way of siting it in its place. It was set at 45 degrees to the main gallery to create a dynamic entry, framed by its massive legs – precast concrete drainage channels painted red. Inside, a pair of pink staircases gave access to a raised steel walkway which ran along all four sides of the cube and supported the soaring timber support structure. The walkway gave alternative views of the the many events which took place in the pavilion during the summer of 2019, including performances, talks, supper clubs, workshops, parties and art classes. Timber was the preferred choice for both cladding and structure, for its haptic and acoustic qualities when in use as a public and performance space, but also for its strength, lightness and sustainability. The building was designed so that it could be dismantled and most could be reused or erected in a new location. The timber has since been repurposed to construct a range of garden and playground furniture constructed by school children in local schools near the Dulwich Picture Gallery. 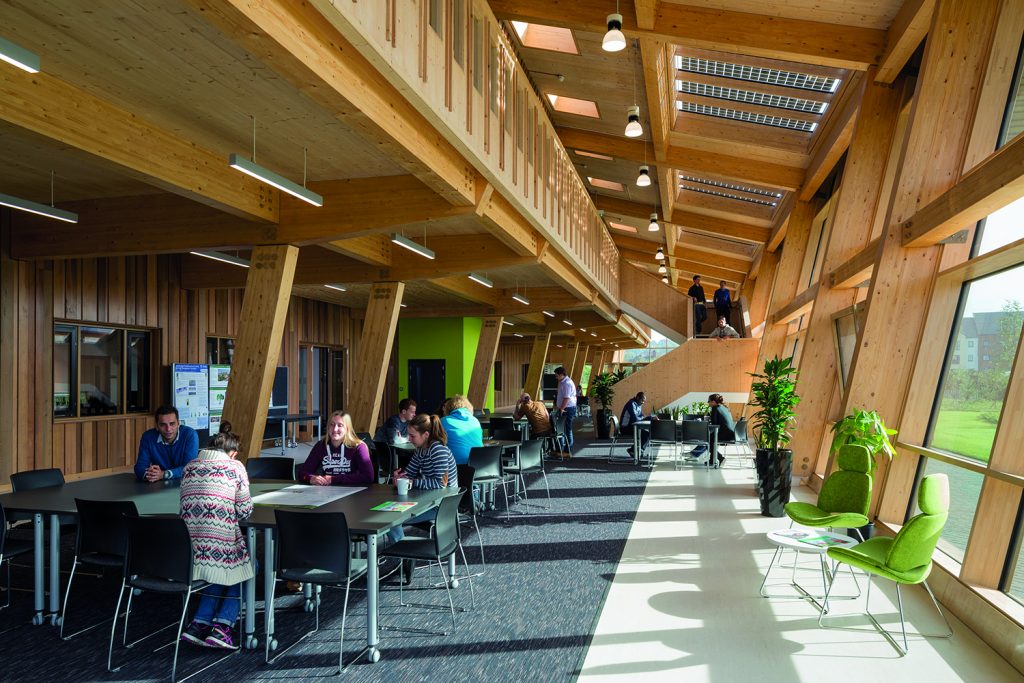 The GlaxoSmithKline (GSK) Carbon Neutral Laboratory for Sustainable Chemistry was designed as an exemplar of sustainability in design, construction and choice of materials, and one which would be carbon neutral over its 25 year lifetime.