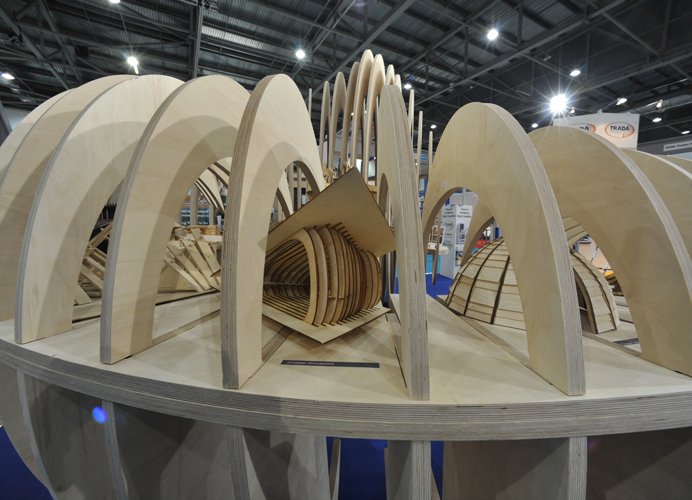 Design a timber pavilion which could be used as a shelter for a desperate marine, washed up like Robinson Crusoe on a deserted island, a structure which would be demountable and could double up as a means of transport. 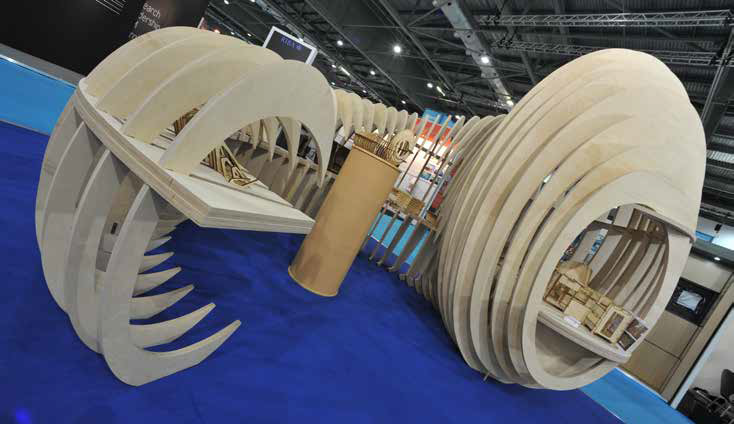 Design a timber pavilion which could be used as a shelter for a desperate marine, washed up like Robinson Crusoe on a deserted island, a structure which would be demountable and could double up as a means of transport. This was the remarkable – and demanding – competition brief given to a group of students of architecture at Oxford Brookes University. The competition, sponsored by Timbmet, the Oxford-based distributor of hardwoods, panel products and timber-related products, was established to explore the creative and structural possibilities of timber and is named in memory of its late chairman, Dan Kemp. But this was not a theoretical competition project; the winning pavilion would actually be built and displayed on public view at the Ecobuild and Timber Expo trade fairs. The 2012 winner was architecture student Stephanie Lewis; her answer to the brief was a structure which might have found its origins in the Dinosaur room of the Natural History Museum, a tapered skeleton of elliptical plywood ribs supported for rigidity by a horizontal curved deck. The structure curves round like a cocoon to provide external shelter from wind and weather – a good place for the marine’s camp fire. One end of the curved structure is high and wide enough to allow the marine to enter, to sit down comfortably and to store his belongings, while the other end tapers to a snug enclosed sleeping platform. To use the deck as a – just possible – rowing boat, remove the ribs except for a couple of the largest ones and let the lower parts act as a keel. The structure works equally well as a pavilion for the public exhibition; people can glimpse the exhibits through the slatted structure and can walk inside to get a closer look. (As a marine shelter, Stephanie suggested a covering of shrink-wrap polymer sheet, but in pavilion mode the structure is uncovered.)