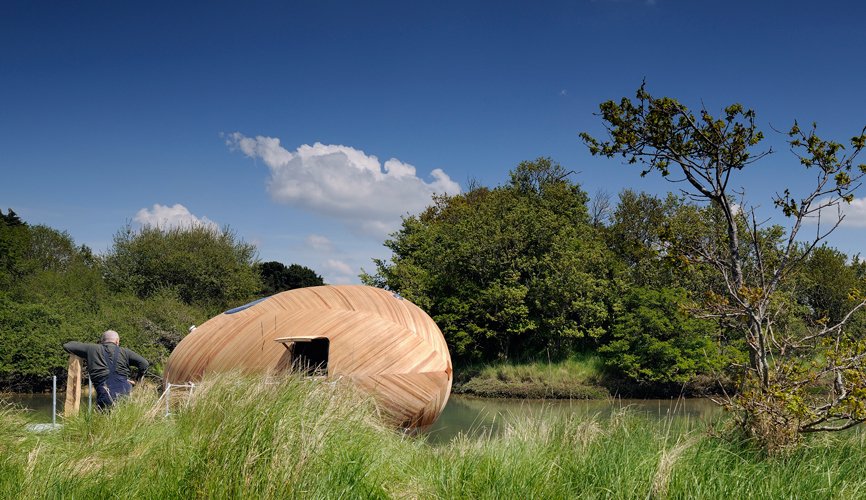 The Exbury Egg is a giant timber pod floating on the estuary of the Beaulieu river, Hampshire, and moving up and down with the tide. 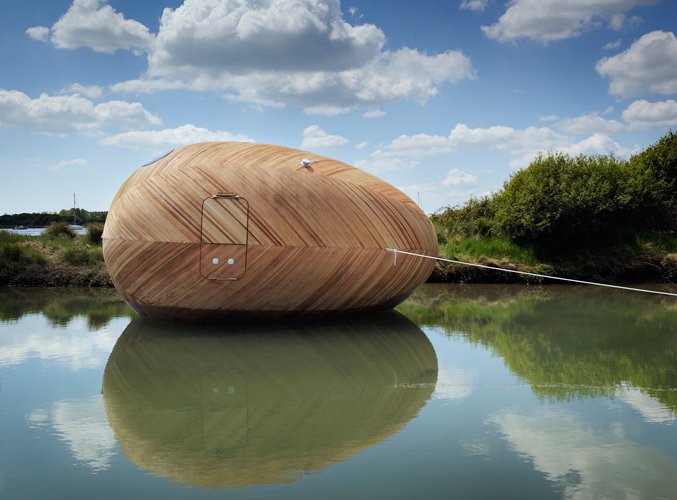 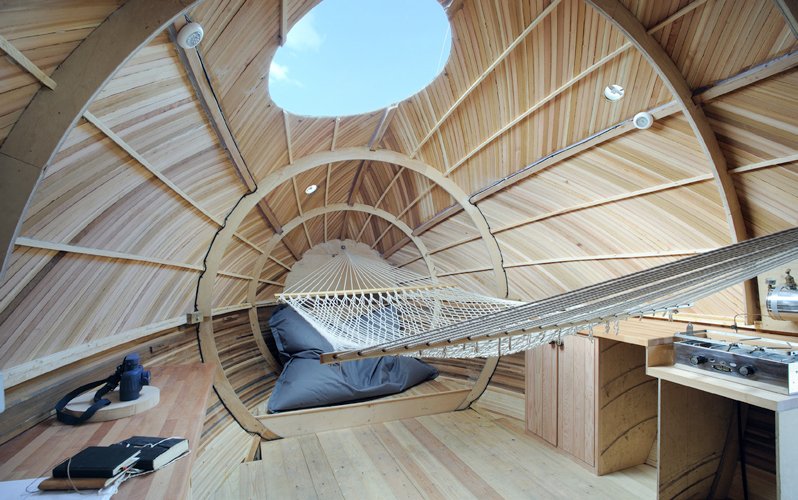 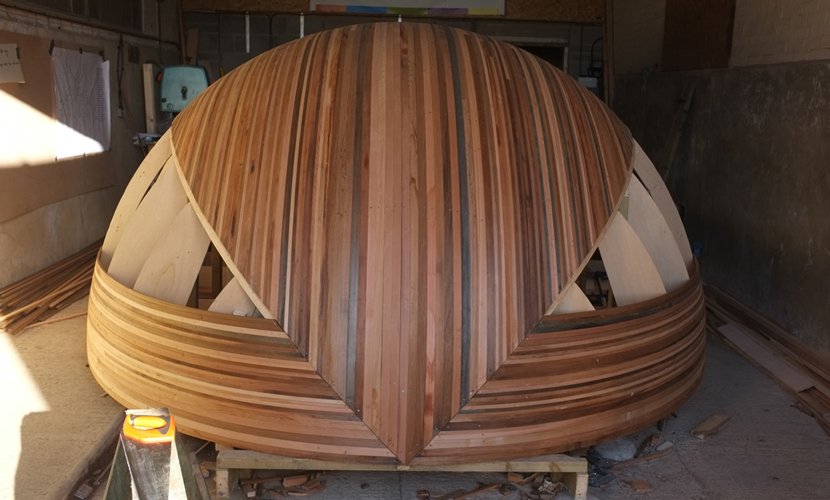 The Exbury Egg is a giant timber pod floating on the estuary of the Beaulieu river, Hampshire, and moving up and down with the tide. It has been designed as a temporary working and living space for the artist Stephen Turner; he will live there for a whole year and use The Egg as a laboratory to study the life of a tidal creek. Built by local craftsmen using traditional boat building techniques, The Egg has a bed, a desk, small stove and wet room, sufficient to allow the artist to exist in a basic fashion. The idea for The Egg originated five years ago when SPUD (the Space, Placemaking and Urban Design group) brought together local artists, architects and engineers to explore the possibility of collaborating to design a high quality, low environmental impact structure to house an artist for a year in the New Forest National Park.

Through exhibitions and seminars a team emerged; the artist Stephen Turner and the local architectural practice PAD Studio, run by architect Wendy Perring. The architect’s brief was challenging; the structure had to be sustainable, made of local materials, make minimum intrusion in the landscape and become an artwork in itself, as well as being a temporary live/work structure within the New Forest National Park. A key aim of the project was also to demonstrate how the arts can engage with environmental issues to generate new perspectives and how collaborative working between a range of professionals can facilitate this. The artist, Stephen Turner, challenged traditional notions of architecture and shelter. He works with natural processes in remote, sometimes derelict, often dangerous, but always intriguing landscapes. As the architect explains, “Right from the outset it was clear that the project was heading for anything but the typical New Forest landscape”.

Stephen Turner was keen to make a close study of an area of the New Forest coastline and the littoral – the elusive watery edge of the river between high and low water. The Exbury shoreline is an area of historic salt marshes and a triple SSI; its sinuous embankments were in fact man-made in the 18th century, sluiced with ditches to retain tidal seawater and allow it to evaporate so that the salt could be collected. It is a marshland which is under constant threat from global warming and erosion. Architect and artist explored the coast together and identified a small inlet near Exbury as an interesting and unique location; the owner was approached and immediately responded to the idea; he remains a committed and enthusiastic supporter of the project.