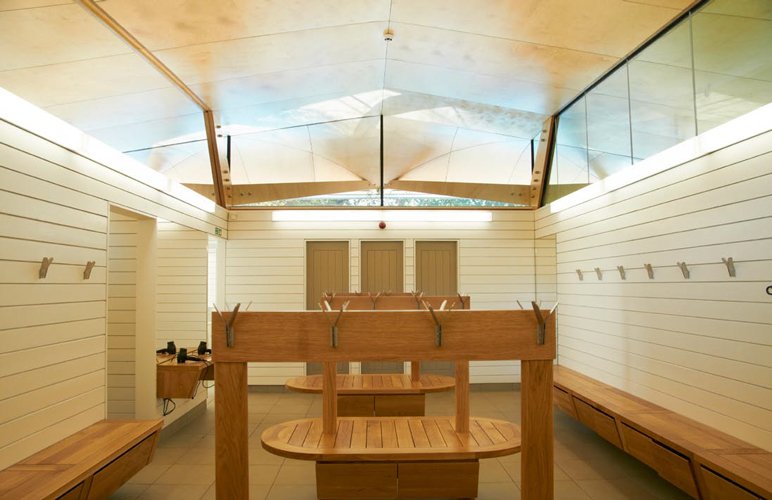 The Hurlingham Club, founded in the 1870s, is a famous sports club with a Georgian clubhouse, polo grounds, croquet lawns and tennis courts set in 17 hectares of picturesque grounds alongside the Thames in Fulham, London. 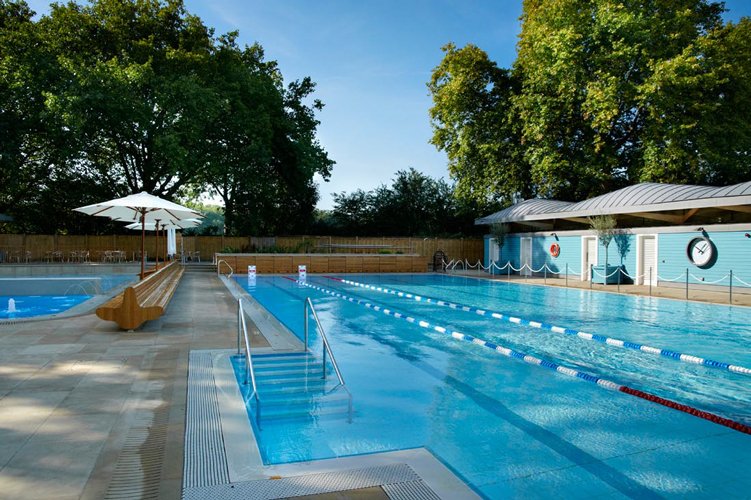 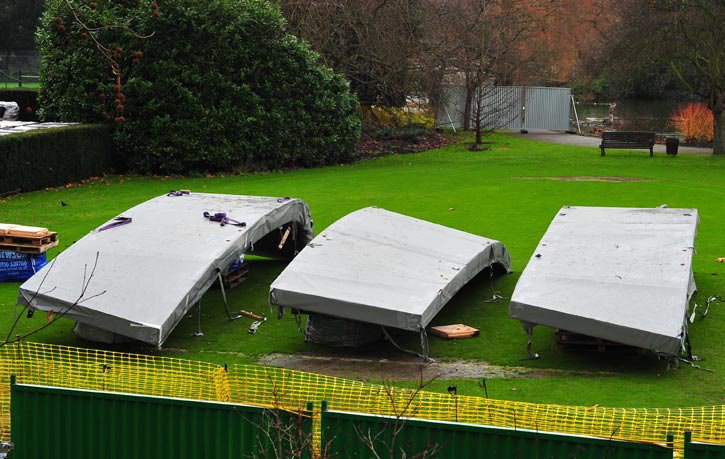 The Hurlingham Club, founded in the 1870s, is a famous sports club with a Georgian clubhouse, polo grounds, croquet lawns and tennis courts set in 17 hectares of picturesque grounds alongside the Thames in Fulham, London. The latest addition to this beautiful mature landscape is a new 30 metre swimming pool, children’s pool and toddler paddling pool, sunbathing area, cafe and changing pavilion, designed by David Morley Architects. The new pool complex replaces an outdoor pool and changing pavilion which were eighty years old and though much loved by members for their character and charm, had reached the end of their serviceable design life. The original changing pavilion was a long, single storey timber framed building with a pitched roof, tiled in grey slate. The building was clad in horizontal timber boards painted in the distinctive Hurlingham blue and white colours which were beautifully reflected by the adjacent pool. The new pavilion retains the qualities, and particularly the charm, of the original traditional lido style buildings while providing high quality, modern, accessible changing facilities with an efficient layout, maximising natural day-lighting. The qualities of the original materials, proportions, details and accessories of the original changing rooms have been incorporated into the new design: the rhythm of white cubicle doors in the blue ship-lap boarded walls; the long single-storey shape and proportions of the pool-side elevation, its horizontality emphasised by strong shadow lines of the ship-lap boards and the gently vaulted grey zinc-covered roof which appears to float above it on a glazed clerestory. Other features of the original building – a clock, lifesaving rings and trees in planters  have been re-interpreted in the new façade. The original changing pavilion was an awkwardly thin building running along the west side of the pool. The new pavilion, like the main pool, is in the same location, but extends outwards in a curve at the rear to follow the alignment of nearby paths, integrating the building into the surrounding landscape with its artificial lake and mature trees, reflecting the curvilinear form of the lake and creating a prow which, viewed across the lake, gives the appearance and scale of a gazebo in the landscape. The children’s pool has been repositioned closer to the café and further away from the adult beach area; other elements of the design, such as the water treatment plant, have been carefully integrated into the landscape.