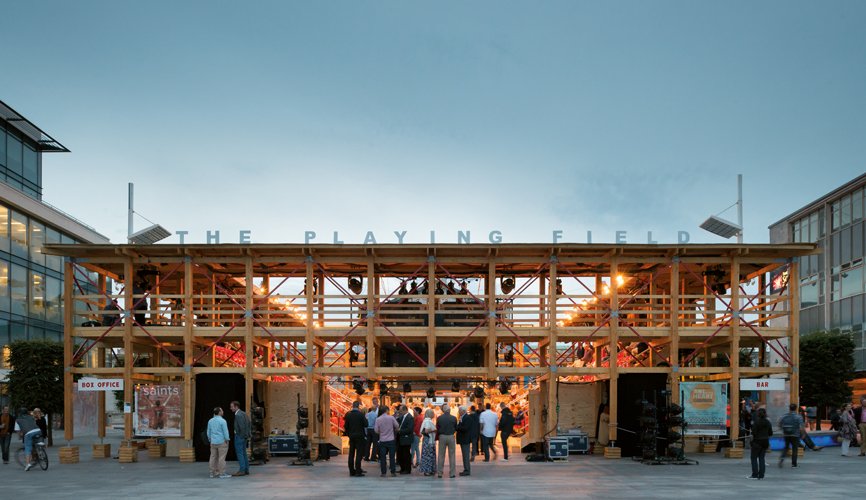 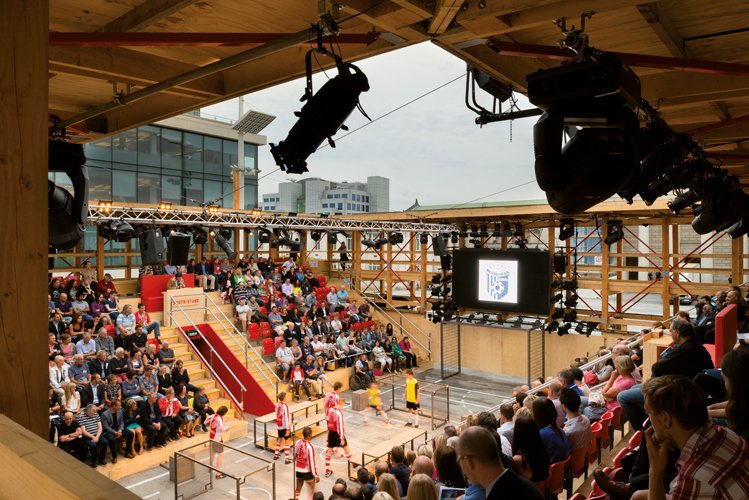 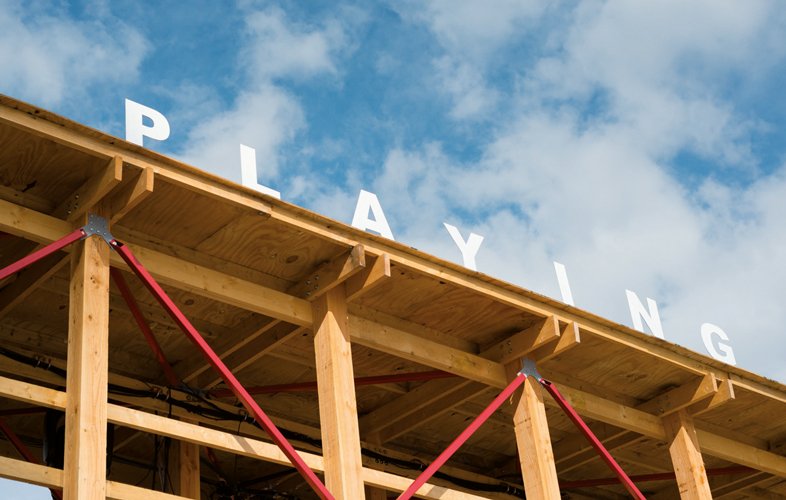 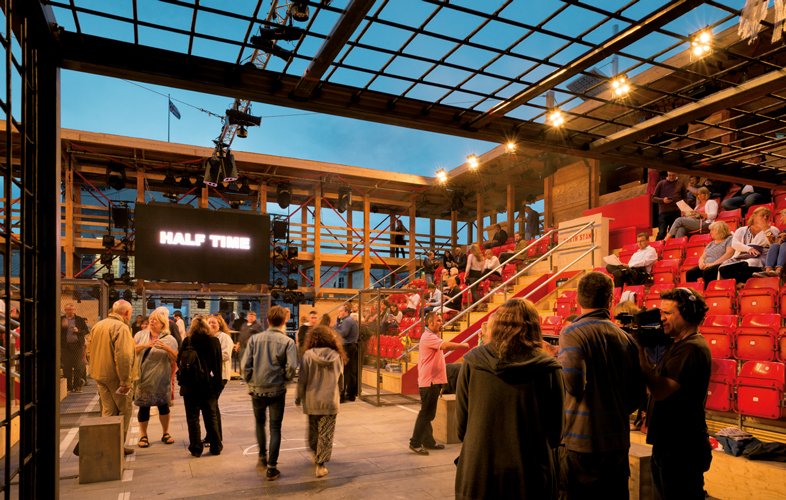 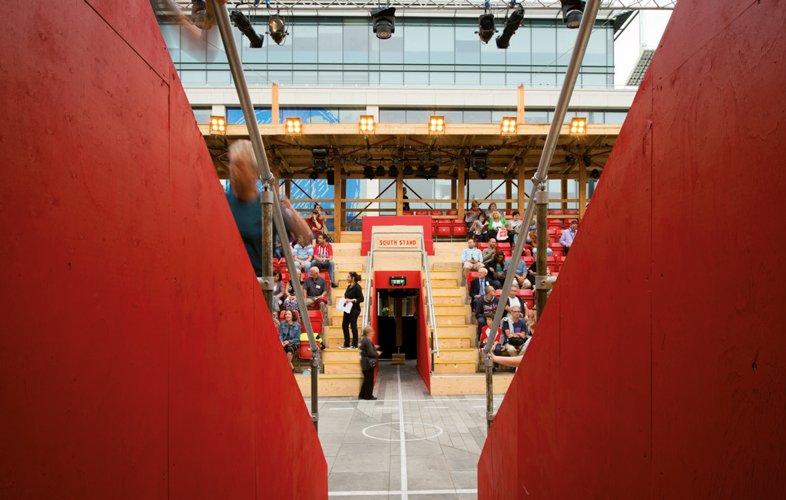 For 17 magical days in July 2014, a demountable timber theatre occupied Guildhall Square, a public open space in the heart of Southampton’s cultural quarter, hosting plays as part of Southampton’s arts festival Art at the Heart. The festival was a collaboration between the city’s theatre, film, music and dance organisations and the theatre was commissioned by the Nuffield Theatre, who asked Assemble to design, fabricate and erect it. Assemble is an 18-strong collective of young people – arts and architecture graduates in their mid-twenties – who started working together in 2010. They aim to address the usual disconnection between the public and the process by which places are made, working interdependently and collaboratively with client and public. They have produced radical and inventive projects, some of which are improvised and temporary. A pop-up theatre in a Sussex field was created from scaffolding, chipboard and geotextile pond liner and hosted a nine-week programme of plays and workshops for the fiftieth celebration of the Chichester Festival Theatre. A disused motorway undercroft in Hackney Wick was transformed into a temporary arts venue and public space in four weeks, assembled by a team of volunteers using reclaimed and donated materials. Assemble has recently been shortlisted for this year’s Turner prize for their work in helping to regenerate the Granby Four Streets area in Toxteth, Liverpool. The name of the theatre, The Playing Field, refers both to the stage and to the local football club. It was designed with reference to both the construction and spatial layouts of traditional timber frame open-air theatres and to football stadia, calling on the city’s passion for football to attract new audiences to the theatre. One of the plays staged in the theatre during the festival was The Saints, a dramatisation of the highs and lows of being a Southampton Football Club fan. As the Assemble designers explain: A central tenet of the project was to widen participation and attract new audiences to the theatre. The ambition was to create a dramatic new typology of theatre space, drawing on the architecture, crowd dynamic and match day ritual of football culture. Utilising the aesthetic and architectural language of Britain’s football stadia, the auditorium created a spectacle that occupies an area between theatre and football. An entranceway at the centre of each tier led to dressing rooms and props stores. The entranceways and individual seats were painted bright red, matching the bright red steel cross-bracing to the timber frame. The timber frame at the north and south sides of the stage was designed with large goal-like openings at ground floor level. The openings were fitted with large timber doors which were used at night to close off the stage during performances. The intention was that during the day when performances were not taking place, the doors could be opened on both sides and the stage space once again became part of a public square, with members of the public able to wander through it. The first floor accommodated a technical gallery, roofed with ply sheets which extended 1.9 metres over the seating areas to give some shelter from rain. Stage lighting was attached to a truss structure suspended overhead. Timber was the main construction material. The structure, a two storey timber frame like an open colonnade, was set round the four sides of a large rectangular space on the ground which became the stage. Tiers of proprietary raked timber seating were fixed at the east and west sides of the stage and rose up to first floor level.