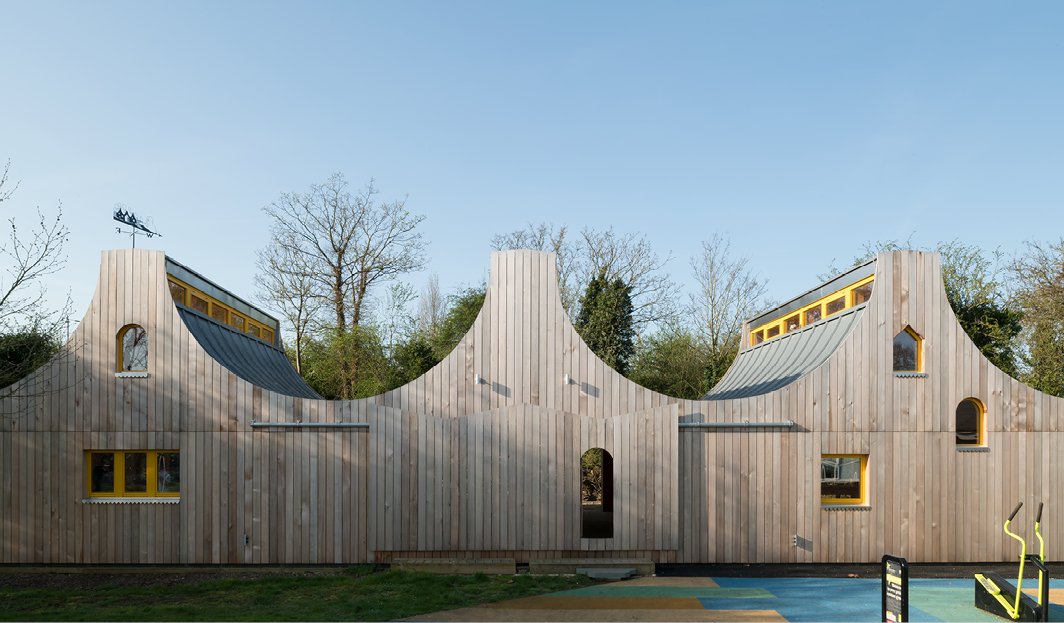 For Studio Weave, timber was the clear choice both for construction and cladding, reflecting the woodland context and with the ability to create a building with a domestic and nonthreatening quality. 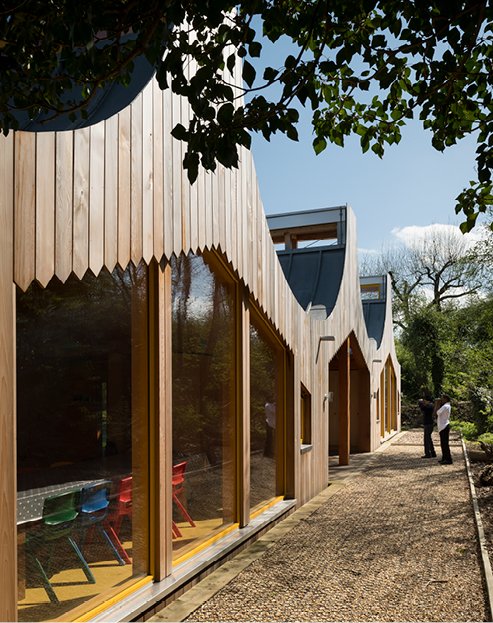 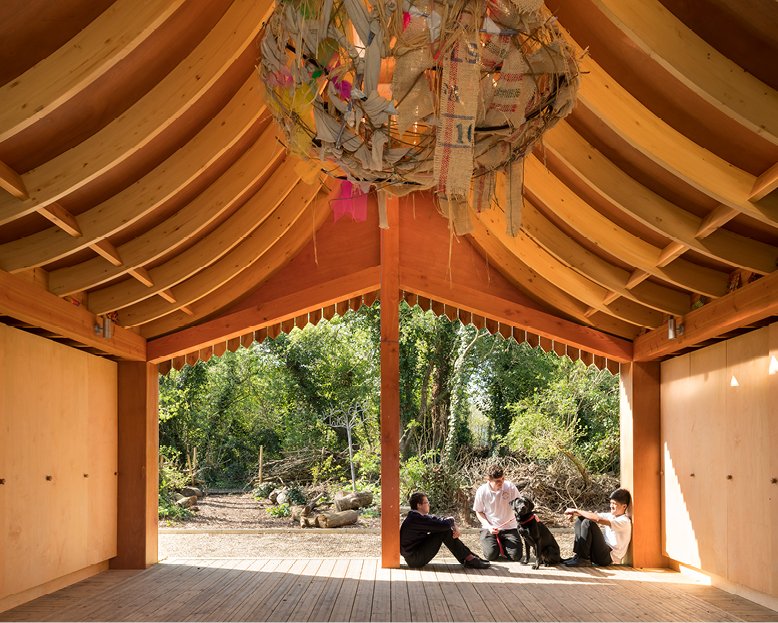 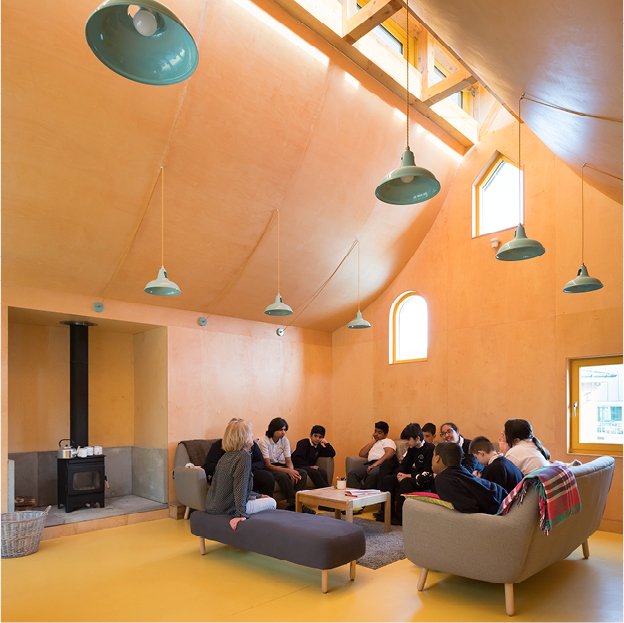 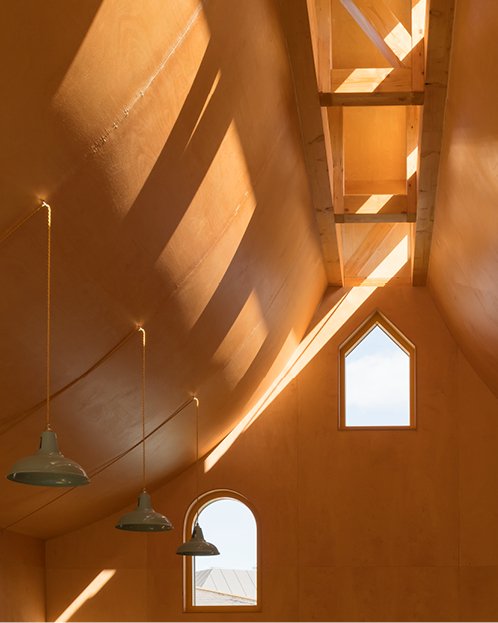 Belvue School is a secondary school for children with severe learning difficulties and a range of other needs. Its site, in Northolt, west London, lies next to a small patch of woodland over which the school has been given custody. With a few trees, shrubs and undergrowth, the woodland is small and scrubby, but for the students, many of whom come from nearby blocks of flats, it represents their only glimpse of nature. The school needed more classrooms and were due to be allocated a couple of Portakabins. But the head teacher decided that her students deserved better. She considered that a more imaginative solution could be found in a design which would link the new classrooms and the woodland, to provide a richer and more stimulating learning environment for her students. She raised the money for the new classrooms independently so that design direction was not hidebound by institutional limitations. The brief was to create 150m2 of extra curriculum space with a domestic quality and intimate scale. Studio Weave worked with the school to develop a collective narrative with the students, to open up imaginative ways of engaging with the woodland just outside. They set up a series of story writing and design workshops; these identified the boundary between playground and the woodland as the border between familiar school territory and the magical mysterious world beyond, with the new classrooms acting as the gatehouse and gateway to this magical world. There are two timber-lined classrooms, connected by a central covered open space. One classroom, Cosy Lounge, is used for workshops but can also be a calm and private sensory space when required. The other classroom, Sociable Kitchen, acts as a café with a food preparation area and space for group dining; it aims to encourage and inspire students to take on extra responsibilities and develop independent living skills. Both classrooms have full height glazing on the woodland side so that students can become aware of the changing weather and seasons. The timber-lined covered space between the classrooms, Messy Barn, is for outdoor learning, whatever the weather. The gables are clad with cedar boards and fitted with large cedar sliding doors which open to give access to the woodland, or close to create a more intimate space. Smaller doors are set within them to give secondary access. For Studio Weave, timber was the clear choice both for construction and cladding, reflecting the woodland context and with the ability to create a building with a domestic and nonthreatening quality.