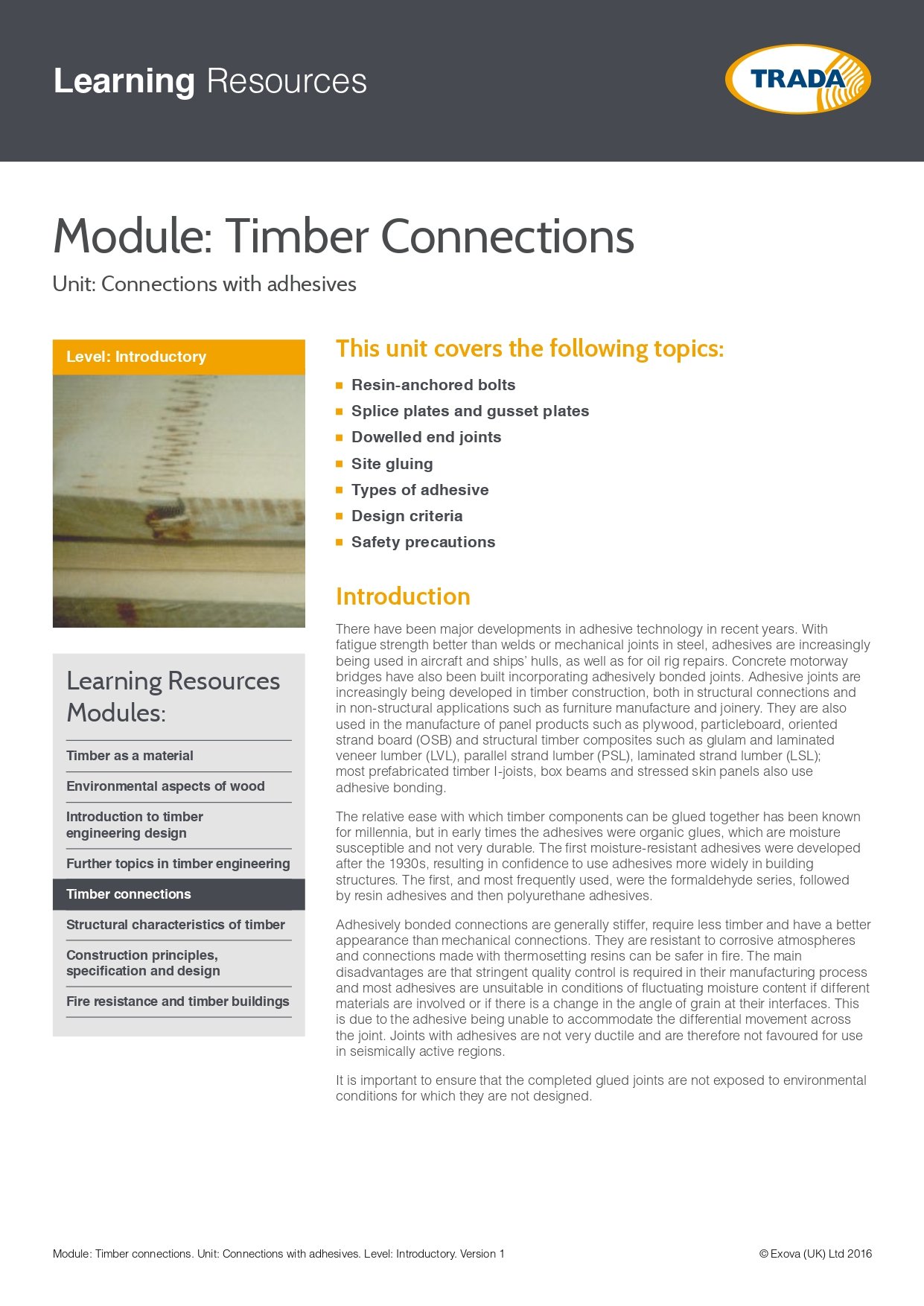 The relative ease with which timber components can be glued together has been known for millennia, but in early times the adhesives were organic glues, which are moisture susceptible and not very durable.

The first moisture-resistant adhesives were developed after the 1930s, resulting in confidence to use adhesives more widely in building structures.

The first, and most frequently used, were the formaldehyde series, followed by resin adhesives and then polyurethane adhesives.

All structural glued joints require specialised workmanship and should normally be produced in a workshop within a formal quality control scheme.

When making glued joints on site, the ‘production control’ requirements are considerable and because visual inspection is not possible, a high level of third-party verification (attestation level 1) is needed.

Adhesives can be categorised into three types: The formaldehyde adhesives, the resin adhesives and the polyurethane adhesives.

The features of resin adhesives are: They bond to most materials, including metal and glass-fibre, setting times may be adjusted and they are more tolerant of thick beds. 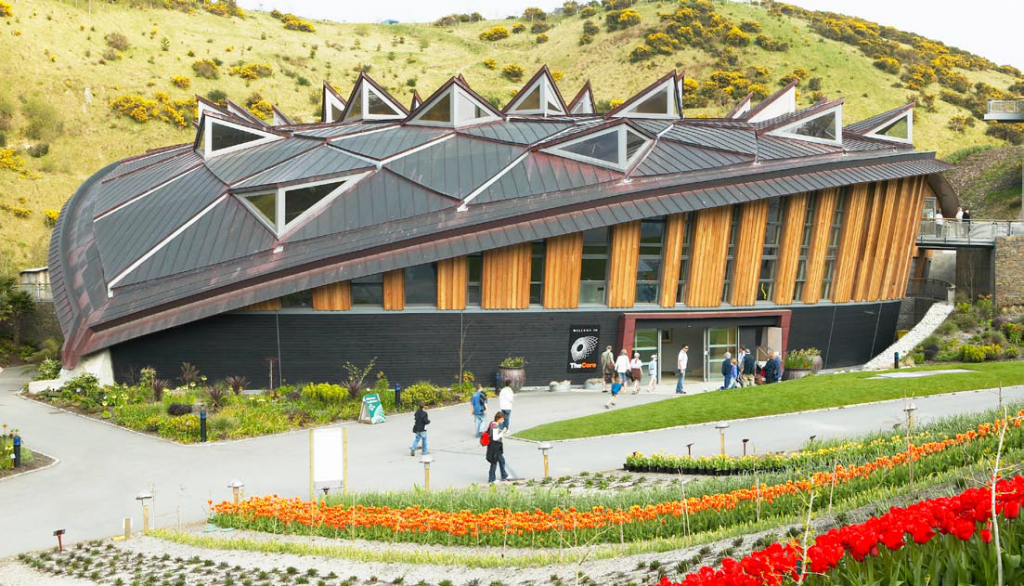 Since 1995 a worked-out china clay pit in St. Austell, Cornwall has been transformed into a leading tourist attraction and horticultural centre, the Eden Project. 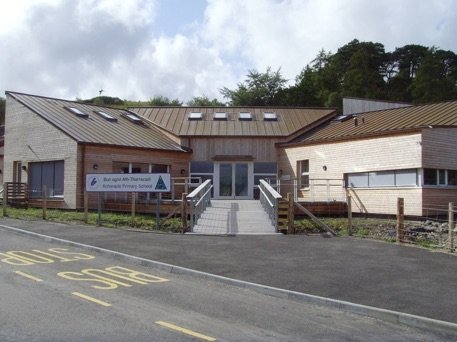 Acharacle is a small and remote community on the south-west tip of Loch Shiel, some 40 miles west of Fort William. For many years the village had campaigned for a new primary school and community space to replace the old Victorian buildings, which were becoming difficult and expensive to maintain.