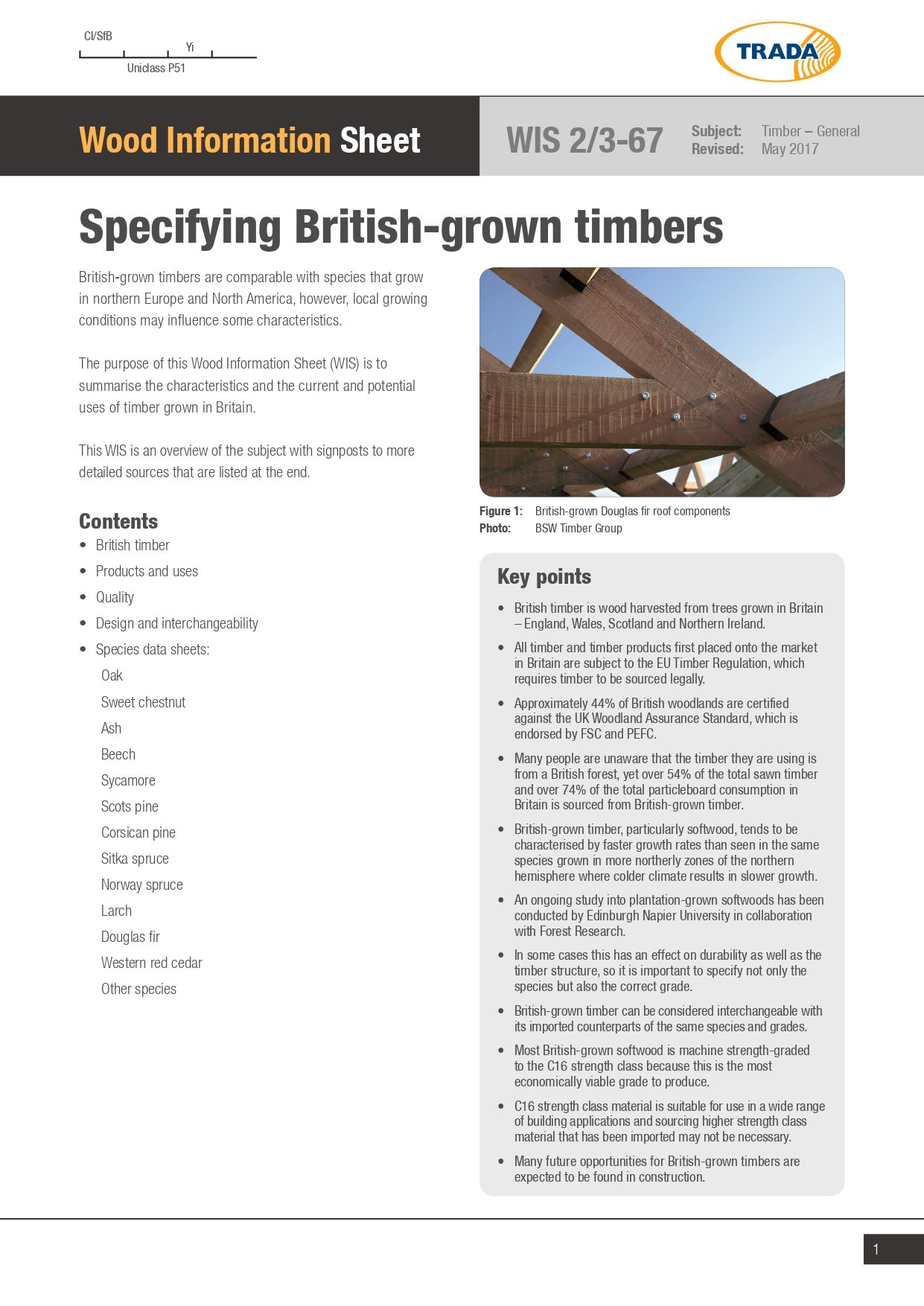 Ever since the Government requested the advice of an Independent Panel on Forestry, British-grown timbers have been a hot topic in the industry, yet many people remain unaware of just how much of their timber is sourced from British forests.

The purpose of this Wood Information Sheet is to summarise the characteristics and the current and potential uses of timber grown in Britain.

This WIS also contains a detailed set of species data sheets of a number of Britain’s timbers including oak, ash and Douglas fir.

Many people are unaware that the timber they are using is from a British forest, yet over 54% of the local sawn timber and over 74% of the total particleboard consumption in Britain is sourced from British-grown timber.

British-grown timber can be considered interchangeable with its imported counterparts of the same species and grades.

Many future opportunities for British-grown timbers are expected t be found in construction.

The Believe in Better Building, a new building for Sky on its Osterley campus, lives up to its name. It is the tallest commercial timber building in the UK and one of very few multi-storey timber offices in the world. 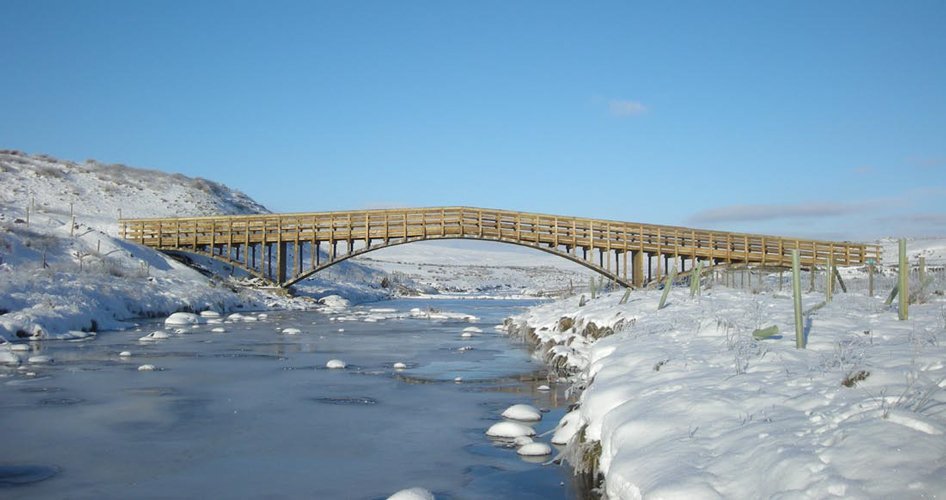 A unique timber bridge, a combination of stress-laminated arches and screw-laminated deck, crosses the River Ribble in remote moorland near Ribblehead in the Yorkshire Dales. Far Moor Bridge is far from any road; it is designed for horses, cyclists and walkers who take the Pennine Bridleway, a new National Trail in the north of England.