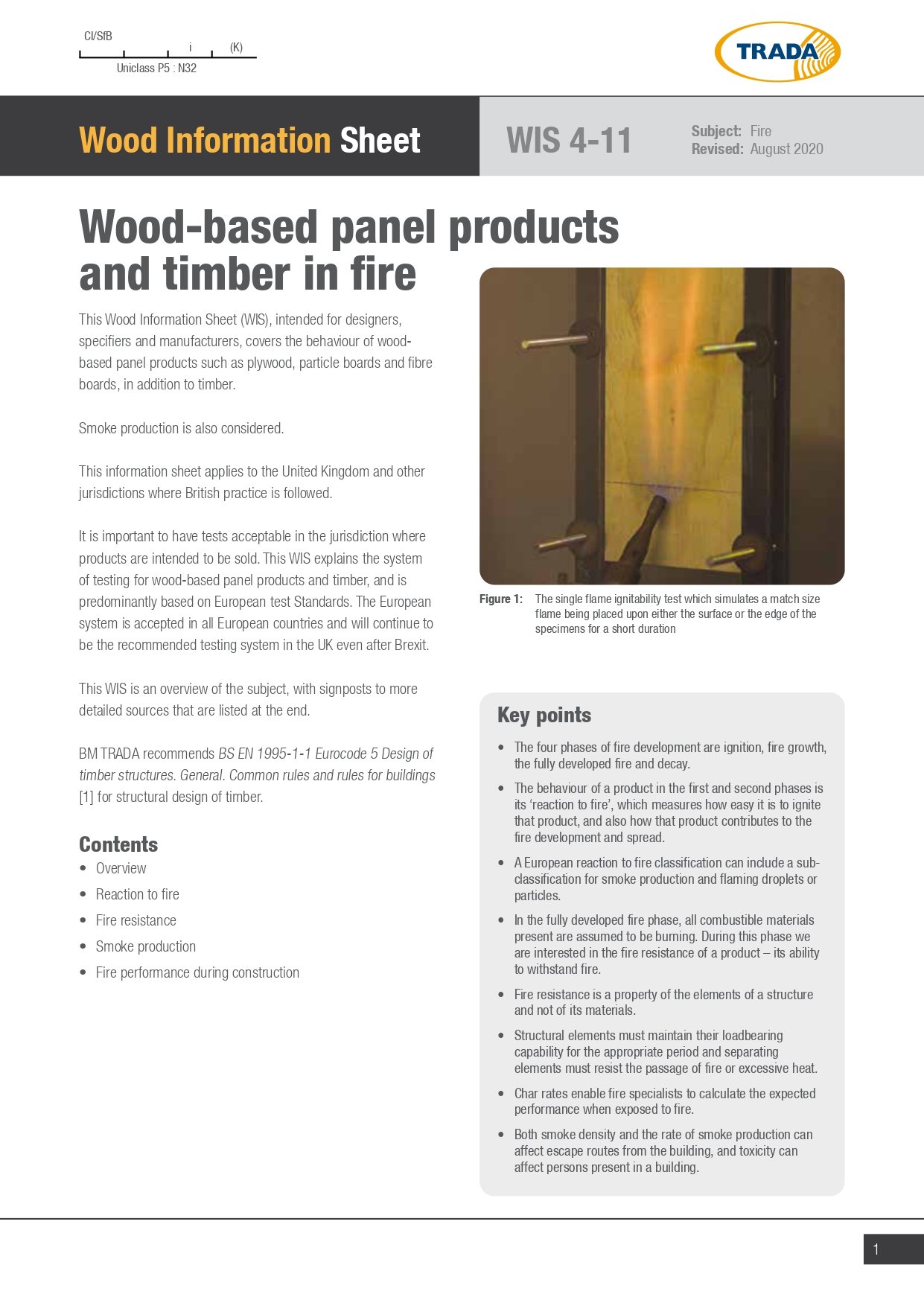 This Wood Information Sheet (WIS), intended for designers, specifiers and manufacturers, covers the behaviour of wood-based panel products such as plywood, particleboard and fibreboards, in addition to timber.

This Wood Information Sheet applies to the United Kingdom and other jurisdictions where British practice is followed.

It is important to have tests acceptable in the jurisdiction where products are intended to be sold. This WIS explains the system of testing for wood-based panel products and timber, and is predominantly based on European test Standards. The European system is accepted in all European countries and will continue to be the recommended testing system in the UK even after Brexit.

The four phases of fire development are ignition, fire growth, the fully developed fire and decay.

A European reaction to fire classification can include a sub-classification for smoke production and flaming droplets or particles.

Fire resistance is a property of the elements of a structure and not of its materials. 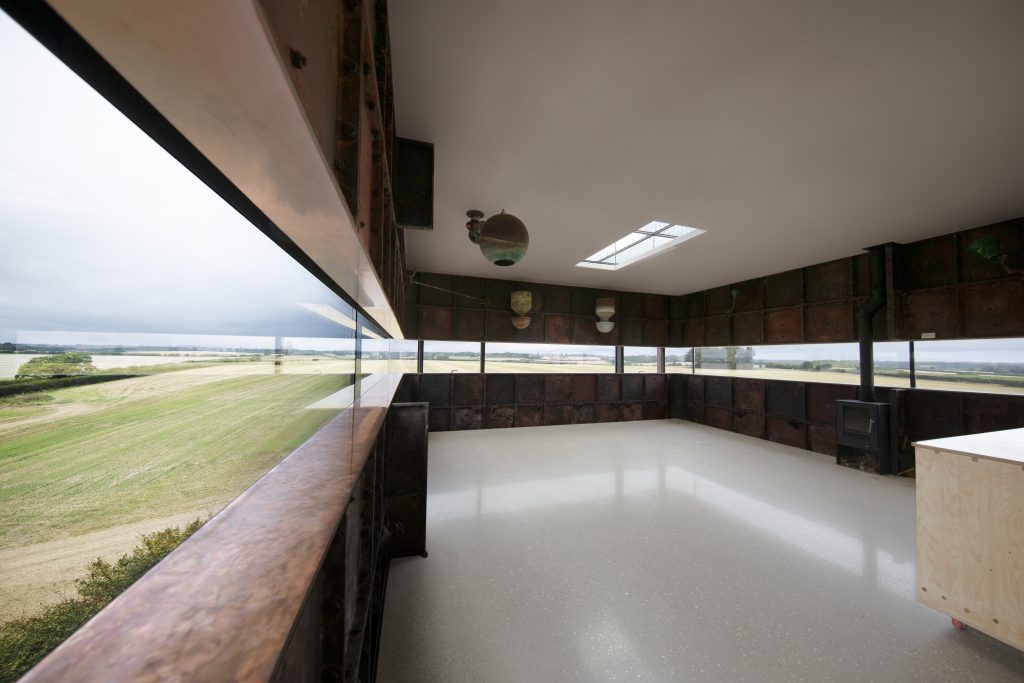 In this retrofit project by Tonkin Liu, a steel-framed water tower has undergone a dramatic transformation to become a part-time residence for photographer Dennis Pedersen and his family.

The architect HawkinsBrown has used timber to create an elegant cathedral-like structure for a new swimming pool, a structure which is also corrosion-resistant, resilient and carbon-neutral.