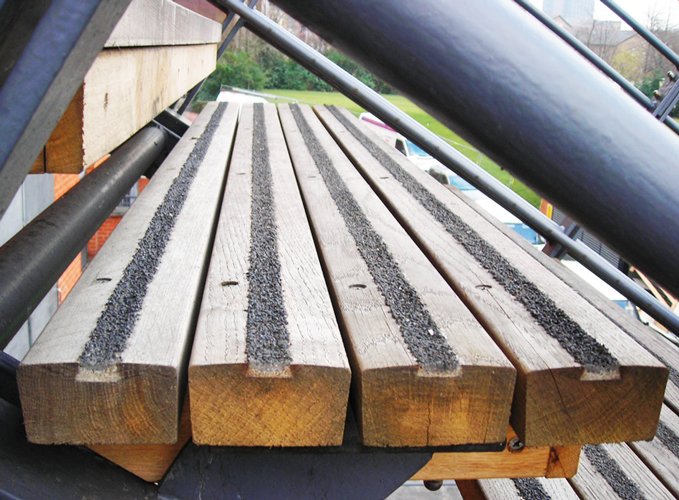 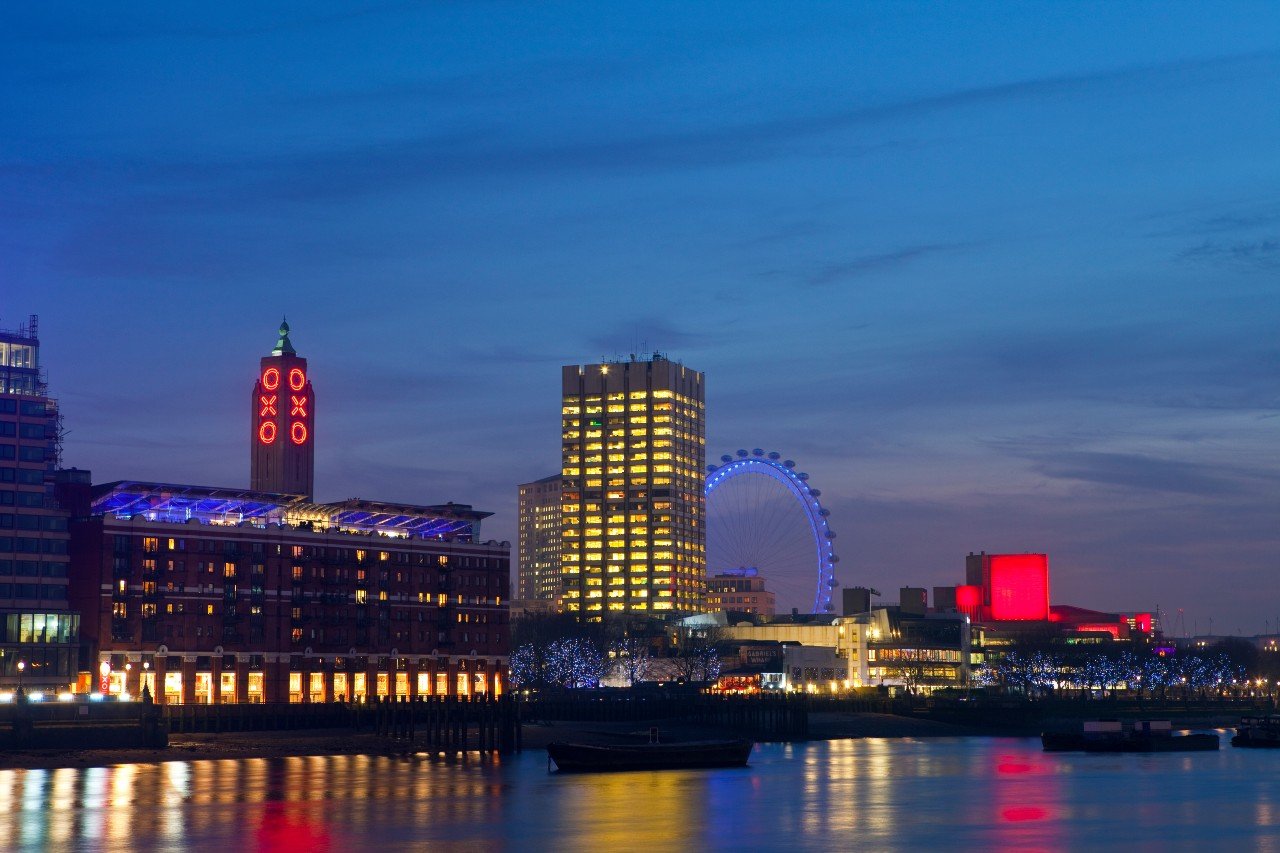 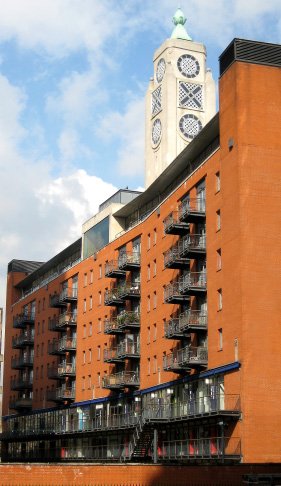 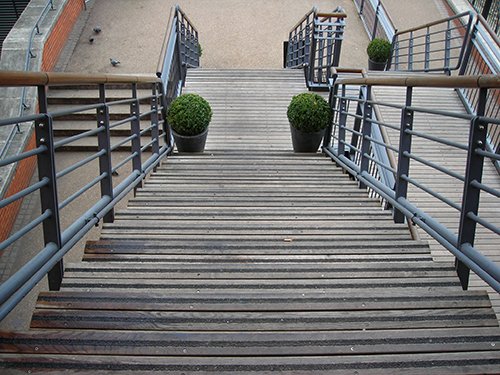 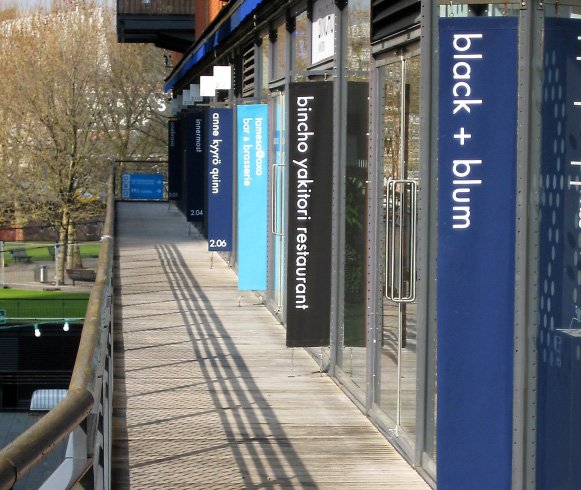 The Oxo Tower has been a riverside landmark since the 1930s. During its industrial heyday it was owned by the makers of the OXO brand and has had numerous and varied uses since. By the 1970s it had fallen into disrepair and was largely derelict.

In the 1990s Oxo Tower Wharf entered a new lease of life when Coin Street Community Builders began a major refurbishment project to transform the building into an awardwinning mixed use development of co-operative homes, retail design studios, specialist shops, galleries, restaurants, cafes and bars. As part of this refurbishment three external timber walkways were created to service the retail outlets on the ground, first and second floors. On the north (river) side, the walkway was covered by the overhang of a newly created riverside arcade. The original refurbishment plans for the south side included a canopy structure above the second floor to provide cover over these walkways and the adjacent courtyard at ground level.

This canopy structure (and the refurbishment of the Bargehouse building on the other side of the courtyard) was part of Phase II of the refurbishment and has yet to be undertaken. The same deck board detailing was used throughout, comprising 90mm wide by 60mm deep profi led American White Oak boards fixed to a metal framework, as shown in drawing Drg 01. The original stair tread arrangement is shown in drawing Drg 02. The boards were fi xed lengthways, along the general line of travel, fixed at approximately 1500mm centres. The design of the deck boards were suitable for a covered area, confirmed by the fact that the boards on the covered north side are still performing very well today.

However, by 2004 boards of the two uncovered walkways were suffering from the direct exposure to the weather. The particular problems experienced with the design used without cover were that: Some sapwood was present which is not sufficiently durable when exposed. The interlocking profiled detail used to join boards, led to moisture being trapped between boards. The gaps separating the ends of the boards were too narrow and therefore allowed water ingress & restricted drying. Wetting up of the wood lead to some movement which presented possible trip hazards. Inability of water to drain from the surface of the deck led to growth of algae, which created an unacceptably slippery surface when wet, unless it was regularly cleaned.