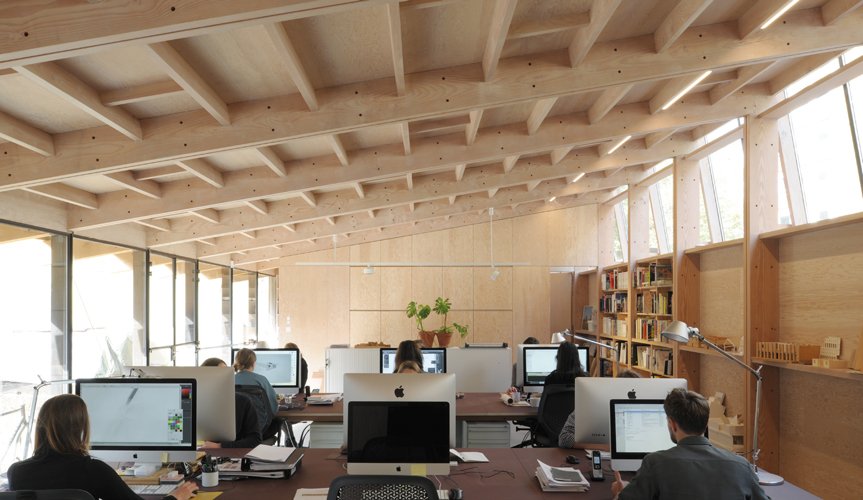 Oasis Farm Waterloo is an urban farm, tucked away in the heart of London, next to Waterloo Station, just to the south of Westminster Bridge and the Houses of Parliament. 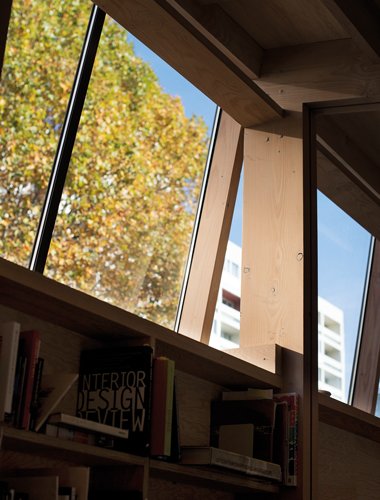 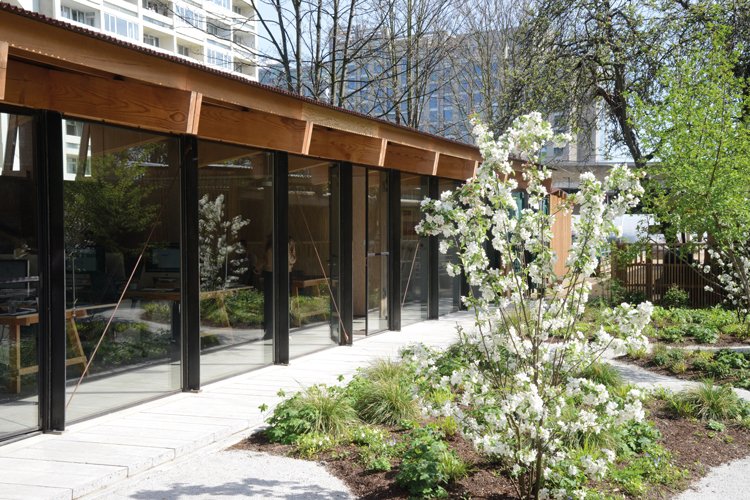 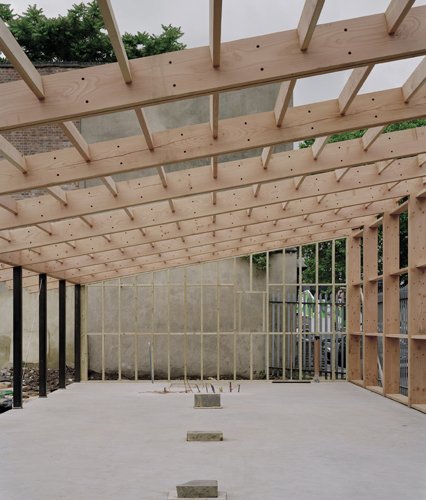 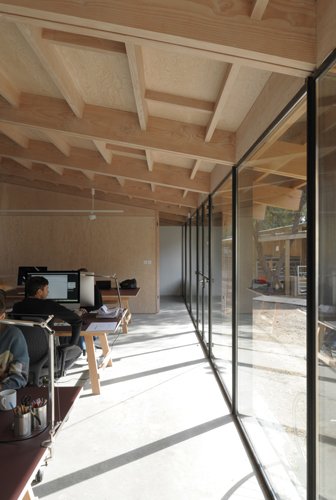 Oasis Farm Waterloo is an urban farm, tucked away in the heart of London, next to Waterloo Station, just to the south of Westminster Bridge and the Houses of Parliament. It is the site of a new timber-framed studio designed by the young architectural practice Feilden Fowles to house its growing team. The farm was established in 2014 on land owned by Guys and St Thomas’ Hospital.

Since 2014 what was an overgrown and neglected strip of wasteland has been transformed into a flourishing community resource and a haven for nature. It is a collective home for a trio of organisations with a shared focus on education: the architect Feilden Fowles and the charities Jamie’s Farm and Oasis Waterloo. Feilden Fowles designed a masterplan for the farm and were offered the studio site in exchange for their design services. The practice has designed all the facilities on the site: there are animal pens for pigs, sheep and hens and a sheltered outdoor classroom and kitchen. Organic food is grown in polytunnels and raised beds, giving disadvantaged and urban students the chance to work with plants and animals.

A large new barn is planned for the site, to be used as a multi-functional space for education, venue hire and special events. The farm is a long and narrow strip of land and the studio, which is a shared space with employees of Jamie’s Farm, stands against the north west corner of the site, alongside its northern boundary with Royal Street. This position creates a generous courtyard garden on the south side, which has been designed by Dan Pearson Studio. In keeping with its agricultural context, the studio is a simple monopitch, a barn-like building with a solid Douglas fir timber frame structure clad with corrugated Onduline sheets on the outside; the internal walls and ceiling are entirely lined with the warm glow of plywood and Douglas fir.

The workspace occupies the central part of the 138m2 single storey building, with toilets and kitchen on the west side and a meeting room on the east. The long south wall is fully glazed and looks out over the courtyard garden, shaded from solar glare by a deep overhanging extension of the mono-pitched roof. The roof rises to the Royal Street boundary to incorporate a continuous row of large north-facing rooflights; like traditional artist studios they provide generous diffuse light and cross ventilation and, as they are at high level, privacy. The studio was designed to embody the sustainable values of the practice and demonstrate a rational, highly articulated, low cost model for contemporary work and education spaces. But it also had to be capable of being dismantled and re-erected when the Waterloo lease comes to an end in a few years.

The building structure is formed from a repetitive frame of paired timber components and is assembled using stainless steel pin connections, easily knocked out when dismantling. It consists of twelve Douglas fir frames; each frame consists of paired 300 x 60mm beams supported on the north side by paired 300 x 60mm columns and on the south side by 70 x 150mm fabricated steel T-sections with full-height double-glazed units fixed between them. 12mm plywood spacers are set between the pairs of beams and columns. The mono-pitched roof rises up to the north boundary along Royal Street with a continuous row of double-glazed rooflights at the eaves, two between each set of paired Douglas fir columns.

The rooflights are supported on a Douglas fir sub-frame, secured at the base by projecting Douglas fir props which give the frames a gentle outwards-facing slope. Just below the props, a series of simple hinged plywood flaps act as manually operated cross-ventilation vents. The insulated timber stud wall is clad externally with Onduline corrugated roofing sheets. On the south side of the studio the paired Douglas fir beams extend over the full height glazing to shade it. The internal solid walls and roof of the studio are lined throughout with Douglas fir plywood boards, cut to 2440 x 610mm lengths. The 1830mm column grid (equivalent to 3?4 of a standard ply sheet) and the 2440mm datum running around the studio’s plywood-lined interior, demonstrate how proportions have been carefully calibrated to minimise cuts and waste.

On the north wall the 18mm ply sheathing boards are fixed in alternating positions to act as a diaphragm, giving rigidity to the timber frame. The ply boards are exposed internally and act as the rear surface for a series of Douglas fir storage shelves which span between the timber columns.