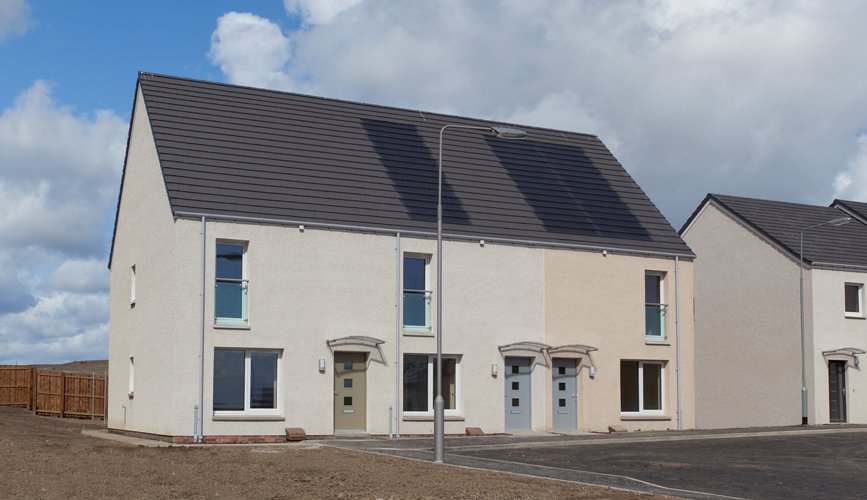 A modest terrace of three houses in Dunfermline, Fife, demonstrates a solution to the massive problem of building large numbers of houses which are affordable, efficient and sustainable. 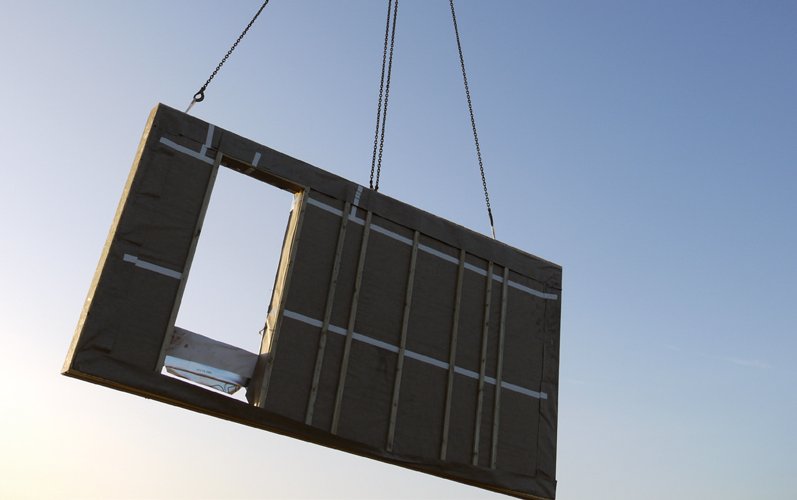 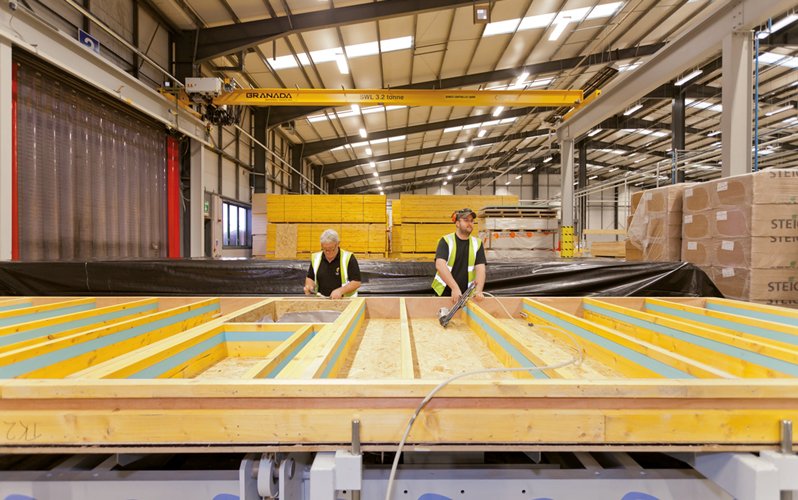 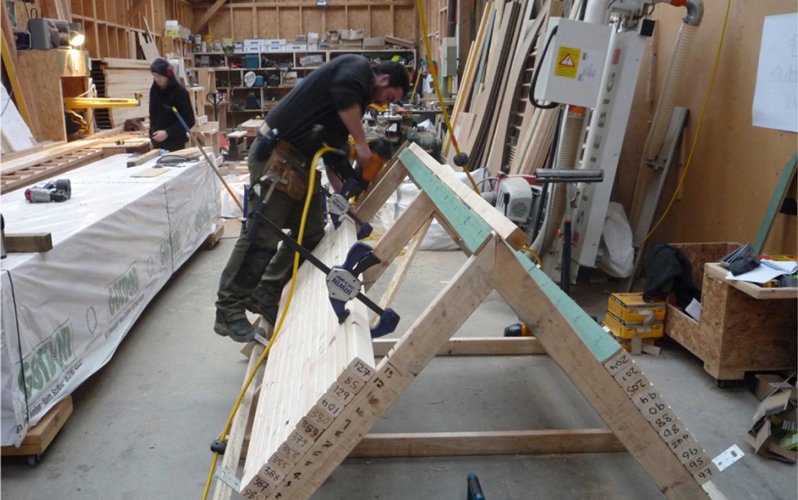 A modest terrace of three houses in Dunfermline, Fife, demonstrates a solution to the massive problem of building large numbers of houses which are affordable, efficient and sustainable. Intended for all housing markets – social, rented and private – they meet the requirements of the 2013 Low Carbon & 2016 Zero Carbon targets set by the Scottish Government. The key to their affordability and sustainability is Scottish timber.

Scottish C16 Sitka spruce, one of the most carbon efficient building materials available, is used for the wall, floor and roof structure and also for the services core structure. The three two-bedroom houses are part of a larger development of 27 houses, the Fife Housing Innovation Showcase, built for the Kingdom Housing Association. The three houses are the first built examples of a new building system ‘Future Affordable’, a collaboration between David Blaikie Architects, Kraft Architecture, Springfield Properties and Edinburgh Napier University’s Centre for Offsite Construction + Innovative Structures (COCIS). The system has been developed for easy adoption by private housing developers and registered landlords. Future Affordable combines two elements; a prefabricated timber envelope, the KII wall system developed by Kraft Architecture, and a prefabricated ‘massive timber’ service core developed by David Blaikie Architects and known as e.CORE. Testing and analysis of the KII and e.CORE systems were undertaken by COCIS as part of their research into technical solutions and products for timber systems of the future. The house plans used – one of Kingdom Housing Association’s standard house types – were modified to suit the new system. David Blaikie was already familiar with the concept of including all major services in a core, vertically stacked for a two storey house.

An earlier house he had designed for Scotland’s Housing Expo 2010 competition, also based on a prefabricated core, was the winning entry and was subsequently built. This experience was used for the new project with Kingdom Housing Association and their standard house plans were adapted by David Blaikie to suit the prefabricated system.

For each of the three two-bedroom houses, the e.CORE consists of two off-site manufactured, structural service modules, one for the ground floor and one for the first floor. The ground floor contains a shower and WC, all plumbing and wiring for the kitchen and a small service-control compartment which contains electrical distribution board, smart meter, central heating controls, the whole house mechanical ventilation and heat recovery system, the electrical systems and control gear and micro-renewables devices.

One side of the e.CORE is adjacent to the kitchen so that kitchen services can be incorporated into the module. The bathroom on the first floor has a bath, WC and washbasin.