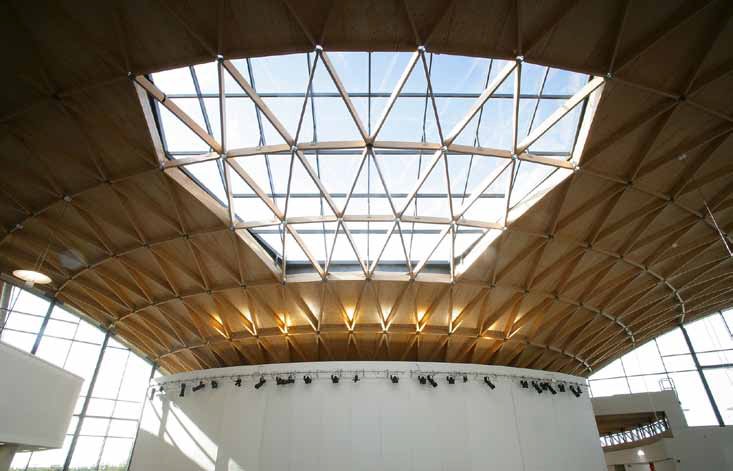 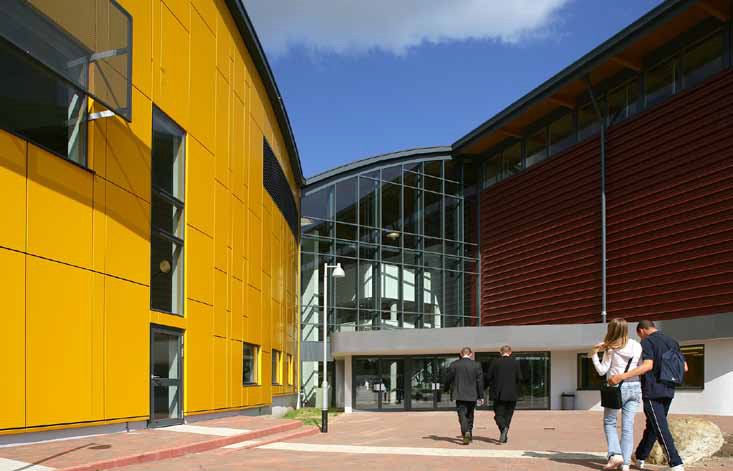 The new academy stands out as a colourful landmark in an otherwise featureless setting. 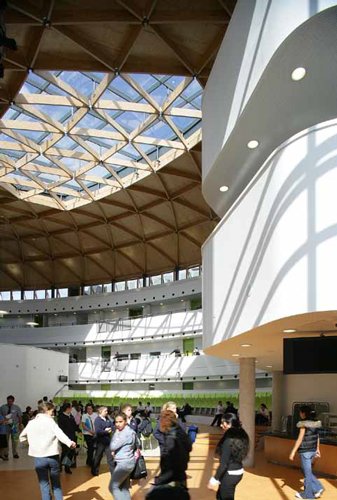 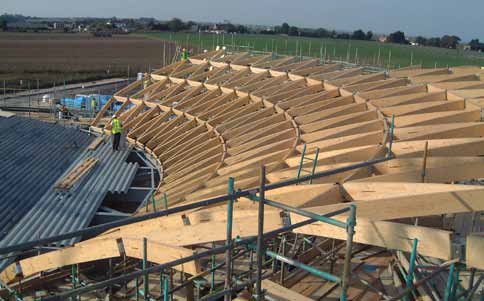 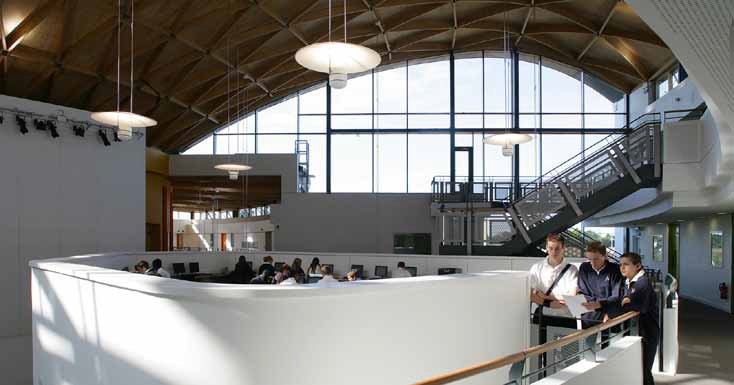 The new Marlowe Academy replaces a 1960s school which had a persistently poor record in educational achievement. Under the government’s academy concept, a civic-minded individual or organisation must act as a sponsor, providing £2 million and an inspirational vision for the school. At Marlowe, Roger de Haan, former chairman of the SAGA Corporation in Folkestone was joint sponsor with Kent County Council and they, together with the Department of Education and Skills, drew up the brief. The academy retains the original syllabus, based on BTec qualifications, of the old school but also focuses on new specialisations – art and design, performing arts and sports. The design, the creation of an interdisciplinary team at Building Design Partnership (BDP), is closer to an adult education college campus than a conventional school, a response to the unique character of the academy’s aspirations. In the architect’s words; We wanted to make the buildings foster the broadest definition of inclusiveness, so that the architecture was open and accessible to all, from those with special needs, to the wide range of ages, abilities and backgrounds of learners. We wanted the new academy to feel more akin to a campus than the traditional institutional block. The design embodies the notion of a campus spirit and the idea of the college as a community hub that encourages intensive and multiple use.