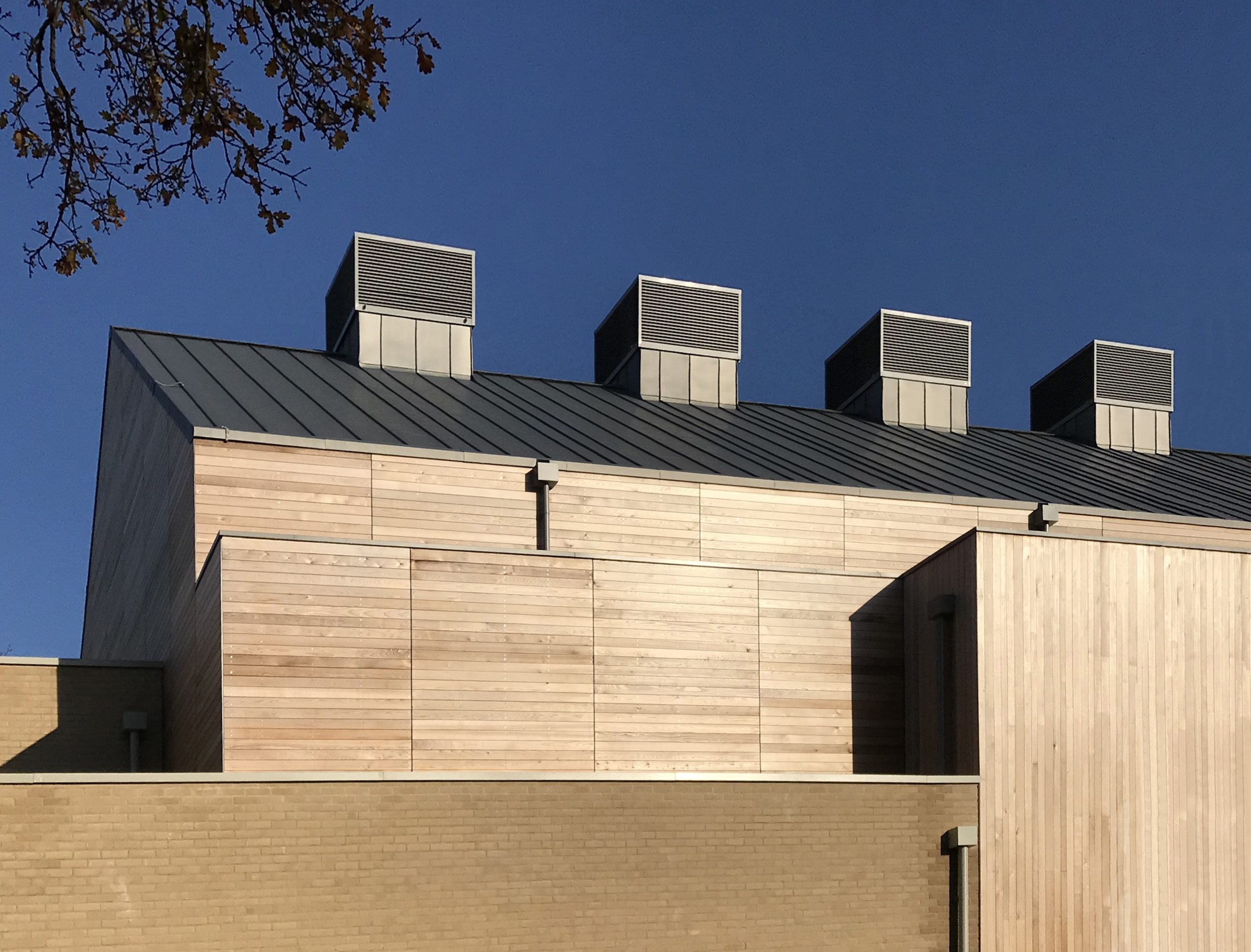 The theatre accommodates a variety of formats to suit drama, dance, music theatre and musical performances as well as school assemblies. It is also a highly sustainable, low carbon building, achieved by the use of a timber structure and cladding together with a natural cooling and ventilation strategy. 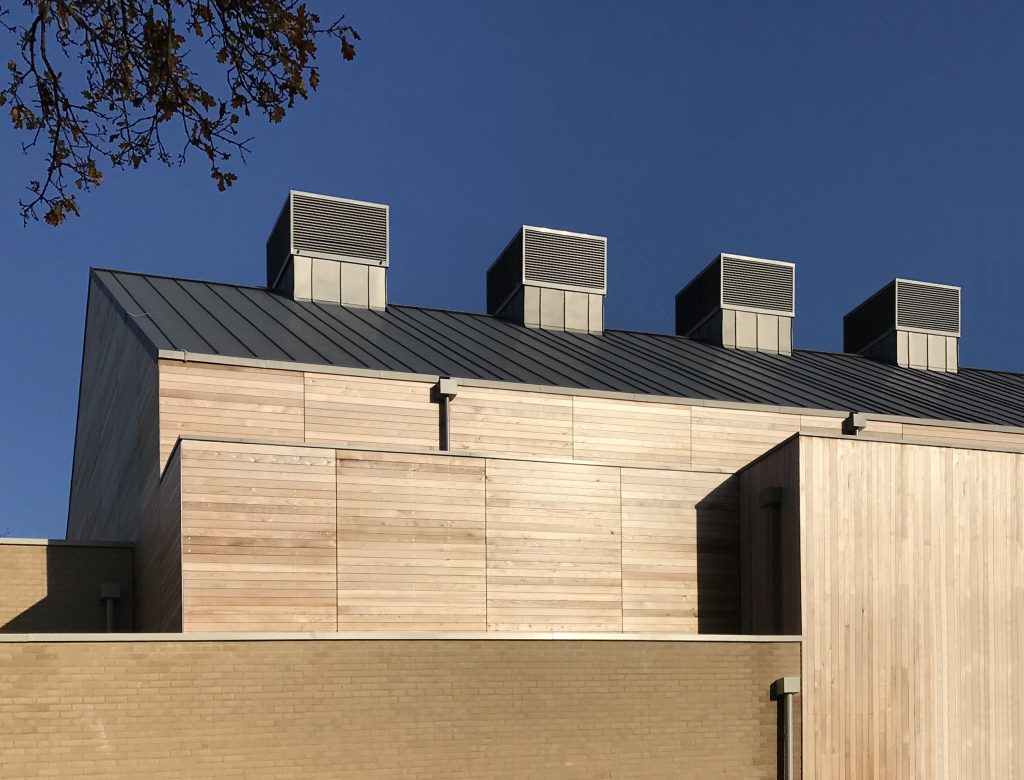 Hurstpierpoint College, a co-educational day and boarding school in West Sussex, has a long tradition of theatre performance; its Shakespeare Society has performed a Shakespeare play every year since 1854. It is a tradition celebrated in the new performing arts centre designed by Burrell Foley Fischer. The theatre accommodates a variety of formats to suit drama, dance, music theatre and musical performances as well as school assemblies. It is also a highly sustainable, low carbon building, achieved by the use of a timber structure and cladding together with a natural cooling and ventilation strategy. The college caters for pupils from 4 to 18 years and its 140-acre campus lies in beautiful countryside close to the South Downs National Park in West Sussex. The original Victorian Gothic quadrangle and chapel have been surrounded by later buildings and the performing arts centre is the first stage of a new masterplan which will co-ordinate them into a collegiate framework. It stands at the centre of the campus, the auditorium distinguished by its zinc-clad pitched roof capped with four roof ventilation chimneys and flanked by lower single-storey spaces containing dressing rooms, toilets, workshops and offices. The façades are clad with crisply detailed western red cedar boards. The main entrance, facing the original college buildings, opens to a spacious glazed foyer which runs the full length of the east side, and is used for teaching, rehearsals and for theatregoers to meet and assemble before a performance. The auditorium has a courtyard format and like traditional courtyard theatres it is constructed of timber, creating a warm and intimate atmosphere. The rectangular plan has two levels of galleries set at each side and raised seating at the rear. The stage is flexible and the ground floor seats can be removed to create a raised thrust stage. The pitched roof of the auditorium is supported by four pairs of exposed glulam trusses, each pair set closely together so that the two bottom chords support four technical and lighting access bridges, which are accessed from the upper gallery. The trusses are supported by pairs of exposed glulam columns which also support the side galleries, which are lined with maple balustrades. The auditorium provides an intimate theatre for performing arts activities and, with a seating capacity of nearly 370, it accommodates school assemblies in two groups. It has also been made available for use by local groups with whom it is very popular.