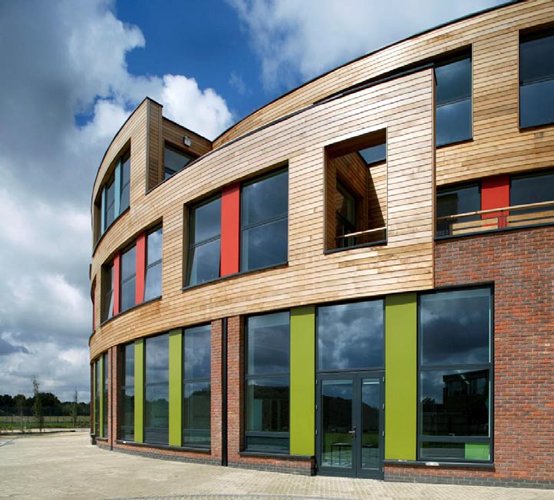 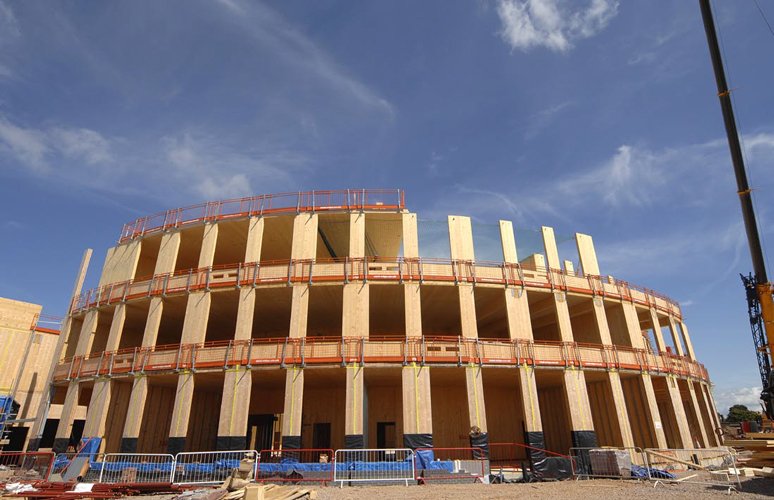 Norfolk County Council chose the Sheppard Robson/Ramboll design for its first Academy through a competitive bid process via the Academies Framework. 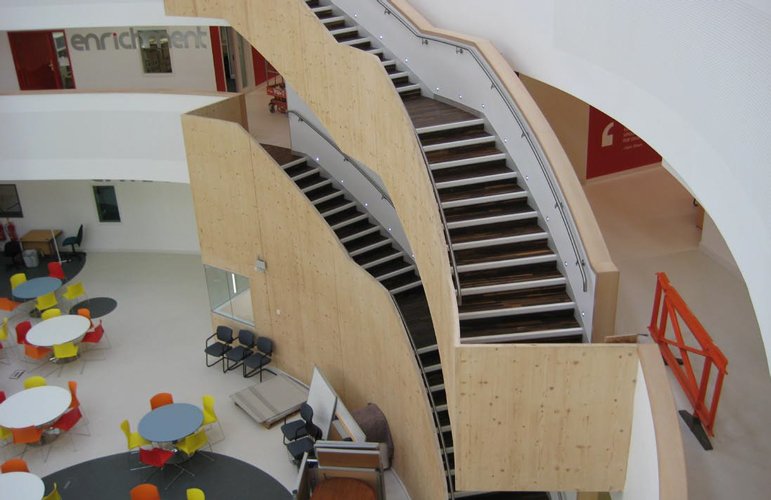 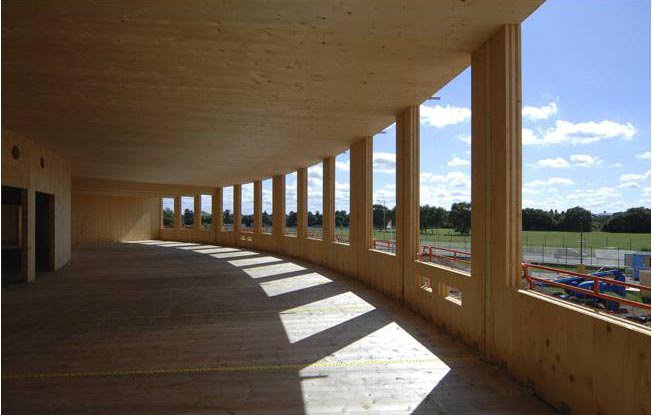 Norfolk County Council chose the Sheppard Robson/Ramboll design for its first Academy through a competitive bid process via the Academies Framework. The architect, Sheppard Robson, designed the £20m, 9,000m² development to meet the Academy’s vision of a ‘vibrant, attractive and stimulating learning environment’ that compliments its ‘open’ community. The Open Academy, which welcomes its first pupils in September 2010, is the largest solid timber panel building in the UK. The bidder, Kier Eastern, proposed the scheme following previous collaborations with structural engineer Ramboll on crosslaminated (CL) timber schools, beginning with St John Fisher School in Peterborough. The distinguishing features of Kier’s bid were the three months saving in construction time and the environmental advantages of massive timber construction. The brief was for a combined secondary school and sixth form to accommodate 950 pupils and 100 staff. It required more than 50 classrooms as well as laboratories, sports and ancillary facilities. Timber installation started in June 2009 and took 18 weeks. Kier estimated the overall project programme to be some 14-18 weeks less than a comparable building with a conventional structure. This Timber Solution explores the benefits and practicalities of using a CL panel system in a large school. It shows that massive timber construction (using CL panels) is sustainable and financially viable.