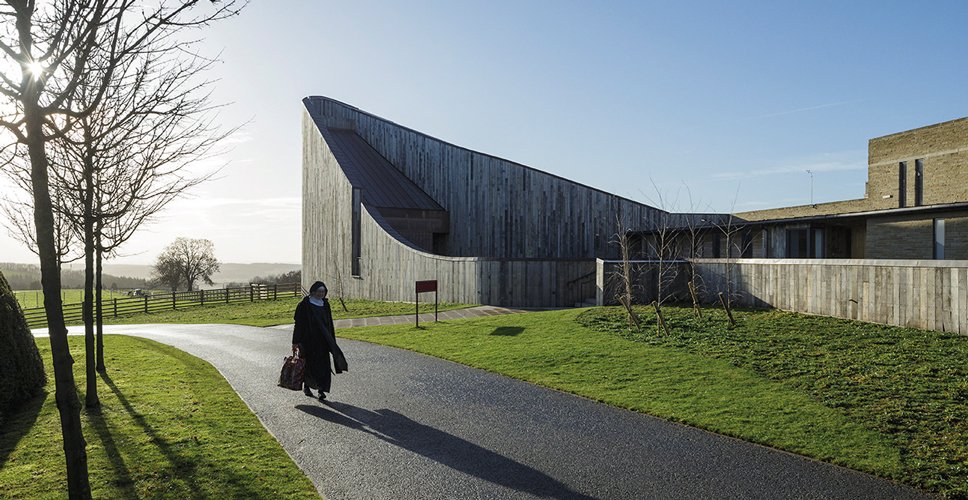 ClientConventus of our Lady of Consolation, Stanbrook Abbey 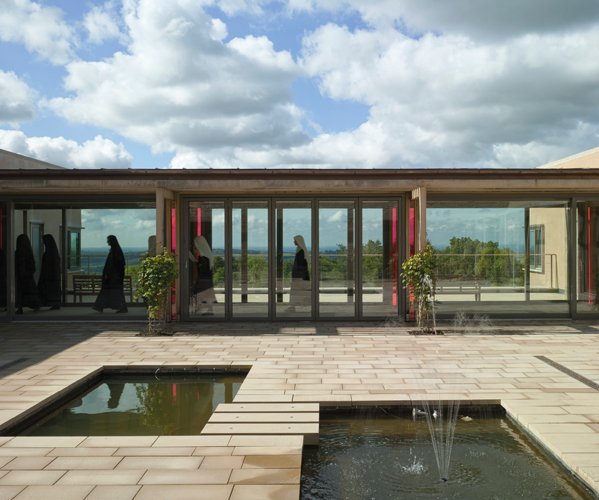 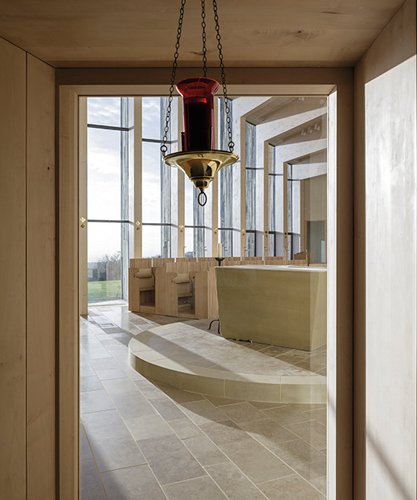 Stanbrook Abbey was described in the RIBA National Awards citation as ‘A truly extraordinary piece of architecture To execute such a beautiful organic form suggests divine intervention. It sits majestically within the woodland, rising out of the ground to form the crescendo to the plateau. The Abbey is a new home for the Conventus of Our Lady of Consolation, a Benedictine community of nuns who devote their lives to study, work and prayer. It stands in peaceful woodland in the North York Moors National Park, a remote site, chosen by the community when they moved from their old Victorian home in Worcestershire, for its special quality of silence and light. There were other good reasons to choose Yorkshire; Benedictine orders were established there before the Reformation and there is a rich tradition of monasteries nearby including Rievaulx, Byland and Ampleforth. The nuns live a simple, disciplined life, and the new building, designed by the architect Feilden Clegg Bradley Studios, reflects this in every way. The main living areas are set around a cloistered courtyard while the church and chapel, their sinuous roof forms clad with vertical oak boards, seem to rise organically out of the landscape. Internal spaces are simple, tranquil and filled with natural light, using a basic palette of sustainable materials including sycamore, Douglas fir and oak. As the nuns put it, this is a place devoted to contemplation, where they could pray always. The nuns had a very specific brief; a monastery designed for the 20th century, which would be economical to run and sensitive to environmental concerns. Part of the monastery was to be entirely private and other areas were to be fully available and welcoming to the public. Access to the building is from the east side and the views and sunshine are to the south. All public, shared areas are therefore on the east side of the building, with service areas to the north, leaving the west and south sides to enjoy uninterrupted privacy and views. The monastery was built in two phases from 2007 to 2015. The private monastic areas, including refectory and kitchen, Chapter House, Calefactory (common room) and other offices, are arranged around a central courtyard/cloister. It leads to a row of 26 private cells for nuns on two floors which run along the southern edge of the site, each with en-suite shower room, small outdoor space and beautiful views over the Yorkshire Wolds. Upper floors house workrooms and a temporary library. The public areas, including the parlours, where nuns meet friends and the public, are beside the main entrance on the east, next to the church and chapel which are open to the public.