The Tower of Love 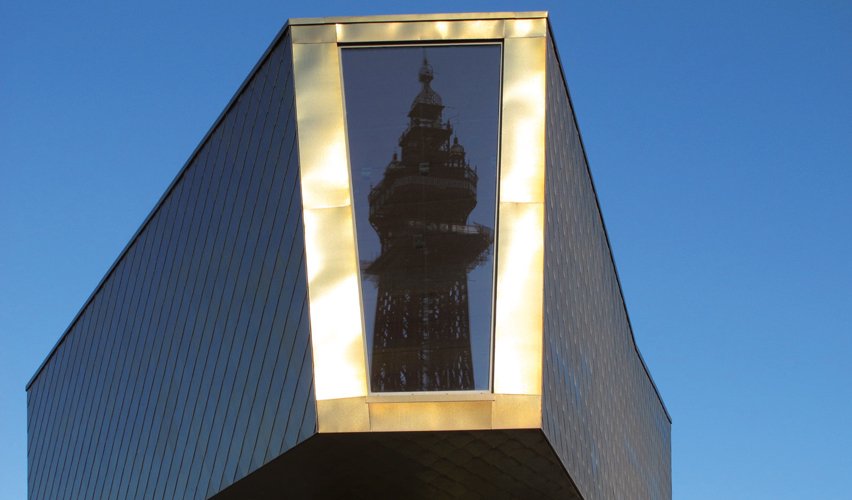 The Tower of Love

One new building stands out on the Golden Mile – a faceted three-storey tower set on a long, low plinth and covered with gold shingles which sparkle in the light. This is Festival House, an award winning building designed by architect dRMM. 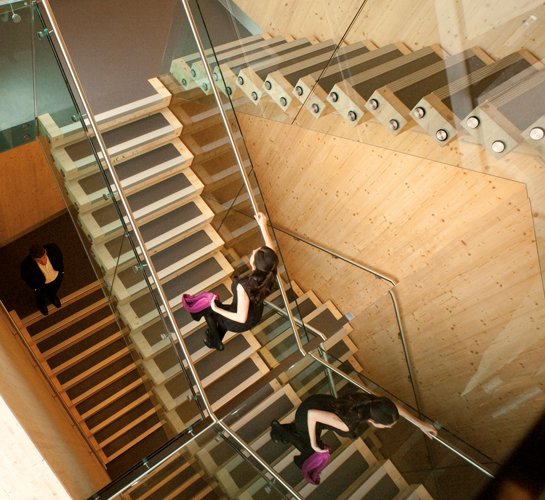 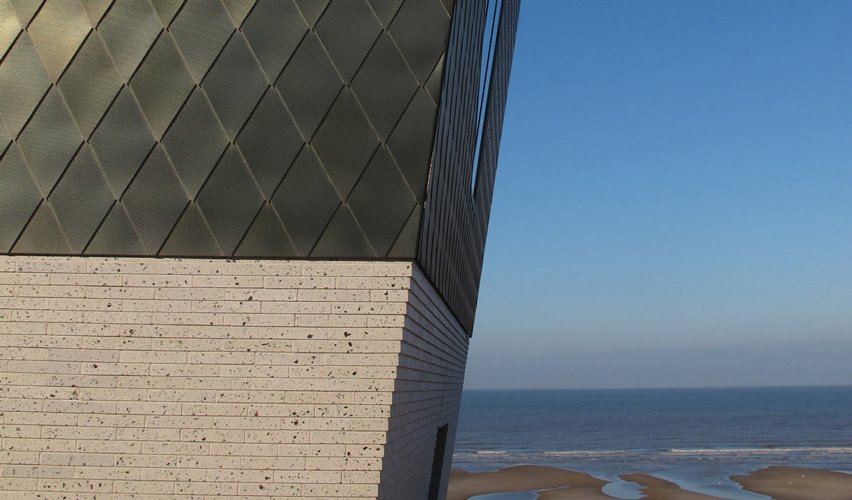 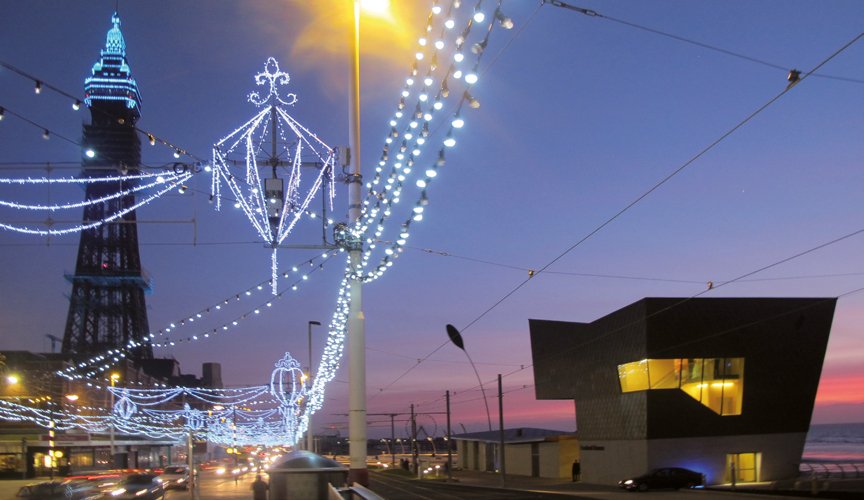 As a tourist resort, Blackpool had its heyday in the late 19th and early 20th centuries, yet even today it attracts more than 10 million visitors a year. It has grand monuments – Blackpool Tower, the Winter Gardens – yet behind the jazzy façade is a different town, with some areas classified as amongst the five per cent most deprived in the UK. Regeneration projects to improve the town include a new tram service and Lead Landscaper LDA’s award-winning re-design of the Golden Mile, Blackpool’s 1.6 mile-long promenade, which has created a series of terraces and ramps to connect the promenade to the wide sandy beach. One new building stands out on the Golden Mile – a faceted three-storey tower set on a long, low plinth and covered with gold shingles which sparkle in the light. This is Festival House, an award winning building designed by architect dRMM. Its gold-patinated stainless steel shingle cladding and faceted walls reflect Blackpool’s flamboyant heritage. They also suit the building’s use as a register office and ceremonial rooms for civic weddings and partnerships; hence its nickname ‘The Tower of Love’. A local tourist information centre and restaurant take up the ground floor, extending as a long, low single-storey structure which acts as a plinth to the registrar and ceremony rooms on the floors above. Some people regard registry office weddings an anti-climax to church weddings explains the architect, dRMM director Alex de Rijke, In this case the aim was to create a strong sense of occasion. Wedding groups enter a lobby on the ground floor where large glazed windows give a view of the sea. They take a lift to the first floor waiting space, also glazed to give more extensive views out to sea; then they go up to the second floor and enter the ceremony hall to make their vows. The focus of this dramatic high-ceilinged hall is a huge floor-to-ceiling glazed opening, sited precisely to frame a view of Blackpool Tower. Wedding vows are made in front of this imposing backdrop. When the ceremony is over, couple and guests leave by a grand staircase which leads down to a small paved garden overlooking the beach.