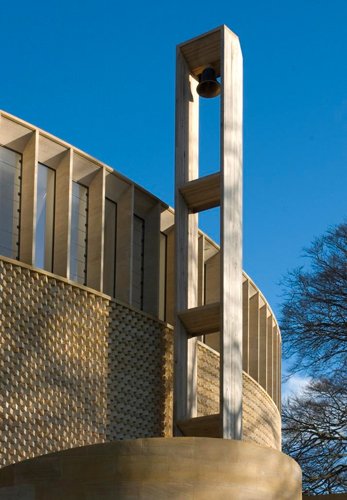 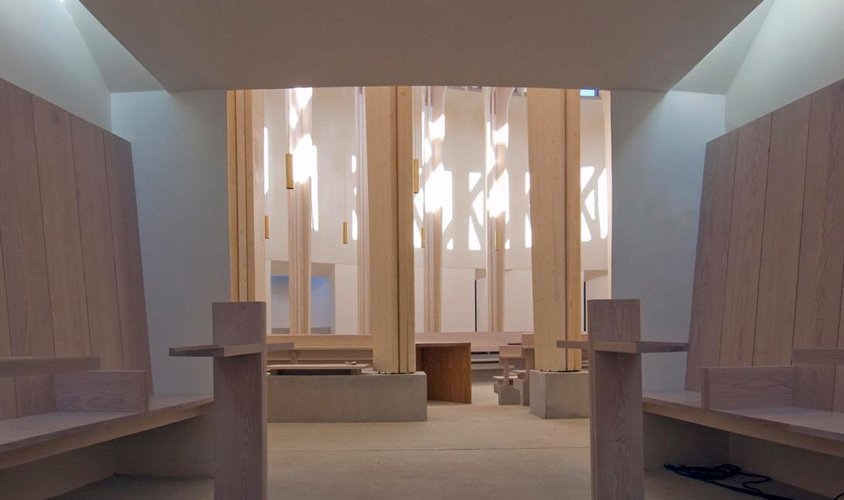 Ripon Theological College is an Anglican seminary and its collegiate buildings, built of warm Cotswold stone by G E Street in the 1850s, stand amid rolling fields and ancient trees in rural Oxfordshire. 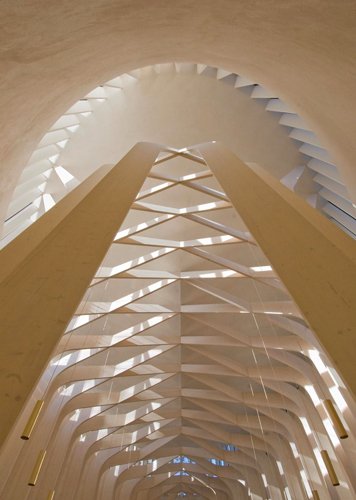 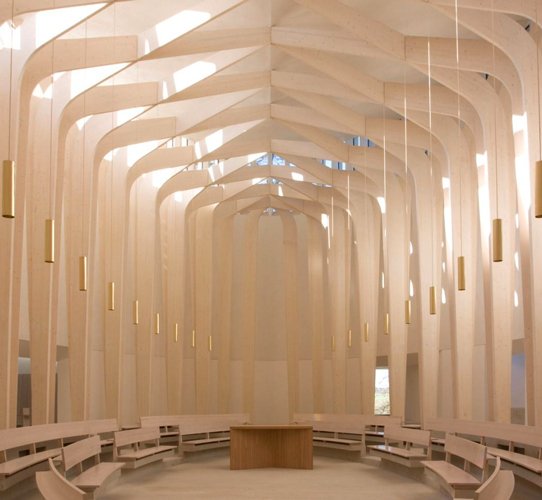 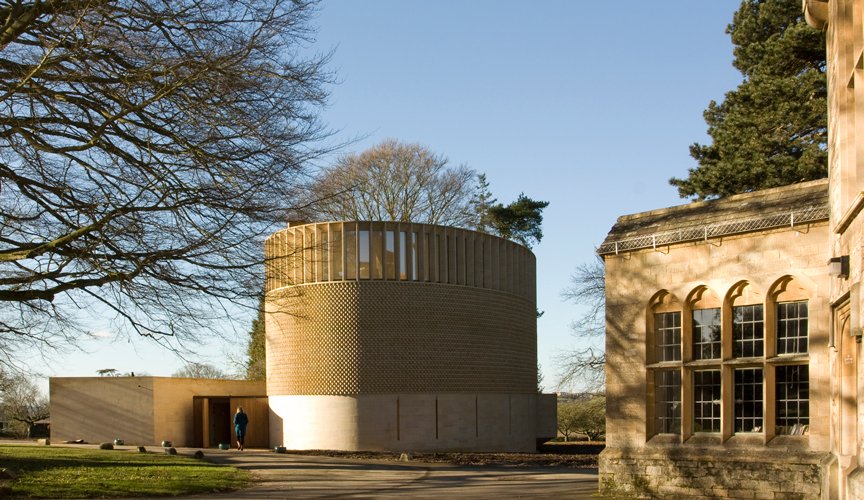 Ripon Theological College is an Anglican seminary and its collegiate buildings, built of warm Cotswold stone by G E Street in the 1850s, stand amid rolling fields and ancient trees in rural Oxfordshire. In these idyllic surroundings, in a clearing flanked by a huge copper beech dating from 1710, is the new Bishop Edward King Chapel, designed by Niall McLaughlin Architects. The community had recently been joined by the nuns of a small religious order, the Community of St John Baptist, and the new chapel was built to serve the two communities. The chapel is an elliptical drum of Clipsham stone; McLaughlin cites churches by Rudolf Schwarz and Peter Zumthor as inspiration for his use of the ellipse. The walls are of smooth ashlar stone at lower levels, a mid level of alternating smooth and rough coursed stone and an upper level, a deep and delicate clerestory of glass with fine stone mullions between. A timber entrance door links the chapel to a separate single-storey sacristy, toilets and storage. The internal volume is also elliptical in plan, a serene and light-filled place of worship with the altar and a solid oak lectern semi-enclosed in an inner ellipse created by a series of lofty glulam arches which rise and curve to create an open diagrid above it. The use of an ellipse, a geometrical figure with two centres, allows worship to focus on either the rituals of the eucharist or on the spoken word: the altar is placed at one curved end, the lectern on the other. The seating plan is antiphonal with two banks of congregation facing each other on fixed benches made of ash. The space between the elliptical enclosure of arches and the external wall forms an ambulatory. As the architect explains; The movement inherent in the geometry is expressed in the chapel through the perimeter ambulatory. It is possible to walk around the chapel, looking into the brighter space in the centre. The sense of looking into an illuminated clearing goes back to the earliest churches. We made a clearing to gather in the light. Around the ambulatory are a series of singlestorey niches which extend beyond the walls. One houses a wedge shaped oriel window, another the space for the tabernacle and the largest is a prayer room for the sisters to recite their offices, a top-lit space with a carefully framed view towards the altar.