The continued growth in commercial activity is unsurprising given the strength of high-end grade A office refurbishment activity whilst the growth in house building in October is also unsurprising (despite the uncertainty in the general housing market) due to strong major house builder pre-sales to 2023 Q1 and house builders looking to meet year-end targets.

Looking forward, S&P Global/CIPS reported that new orders in UK construction fell in October but that was after 28 consecutive months of growth so it is too early to say definitively that it is the start of a sharp decline in orders and, consequently, activity.

Construction firms were also relatively downbeat about growth projections for the year ahead. 33% anticipated a rise in business activity whilst 26% predicted a decline, which was the lowest degree of optimism since May 2020. Firms reported recession worries and a drop in UK economic prospects due to rising political uncertainty. 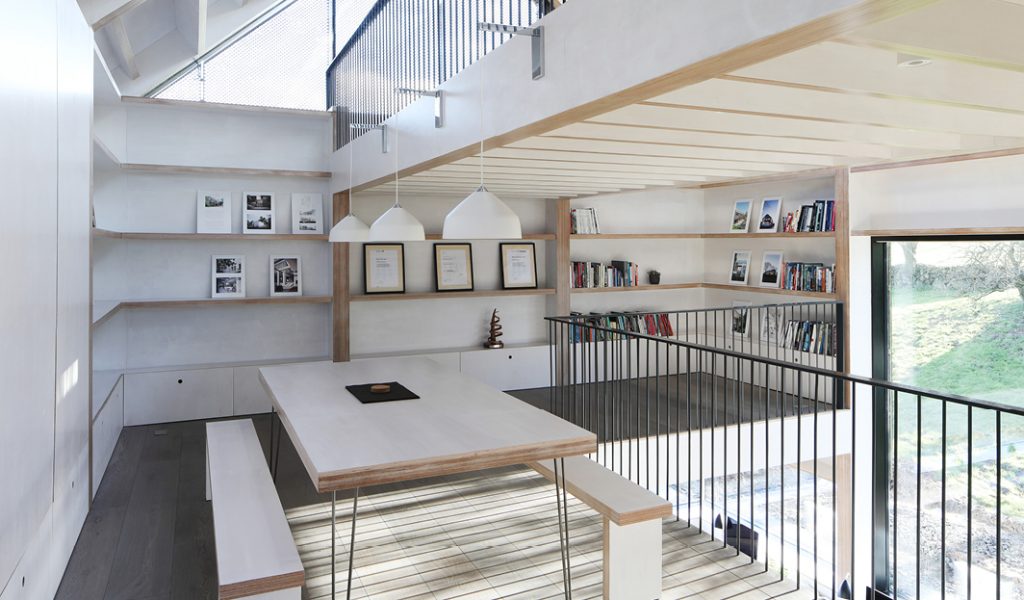 McGarry-Moon Architects has designed a new studio for the award-winning practice, set in the lower garden of Jessica McGarry and Steven Moon’s own home, Fallahogey House, which they designed and completed in 2005 in the rolling countryside of Kilrea, Northern Ireland.